I first saw Patty Griffin back in 2010 and this new London date was my tenth time. Previous dates were in London (various venues) Birmingham, Gateshead, Sheffield.

It was a fine London day and I was excited to be on my way to see Patty again. 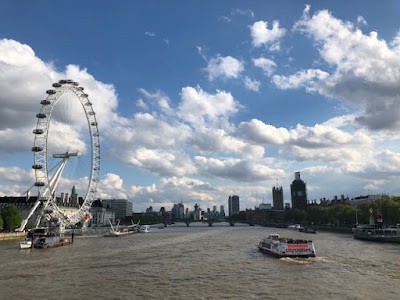 The most recent occasion had been at the Under the Appletree Roots Festival at Cadogan Hall back in 2016.

Patty has successfully battled cancer since then (treatment for which temporarily robbed her of her voice) and it was a great relief to see her return with a new (self-titled) album at the start of this year - her first since Servant of Love back in 2015. 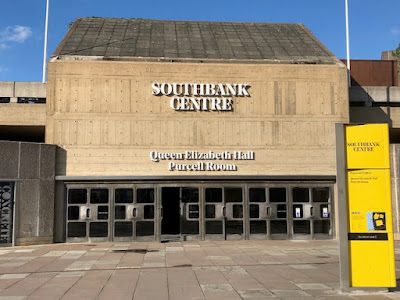 The Queen Elizabeth Hall on London's Southbank has been refurbished in recent years and is now a premier concert venue. It is very close to the Royal Festival Hall, where I saw Patty back in 2013.

Patty took to the stage half an hour later, accompanied by David Pulkingham on guitars (I have only ever seen her without him once - at Codagan Hall, 2016) and Conrad Chocroun, multitasking on bass, drums, keyboard and guitar. 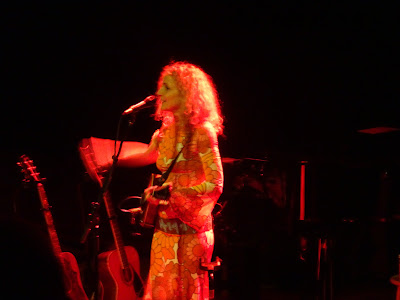 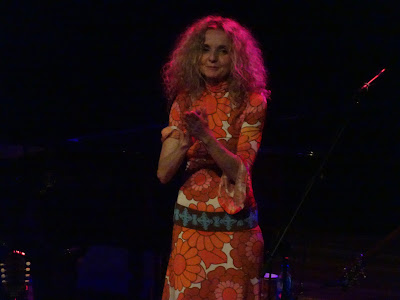 The songs on the Patty Griffin album are strong and, as usual they accrued new power when played live.

10 (from 13) of the new songs made it on to the set list. The songs are powerful on the recorded versions but their strength is further enhanced when played live; there is a rawness to Patty's delivery which switches the connection to a higher gear.

Ostensibly, the new album appears to be a very personal work - and it is, although the focus is more on Patty's thoughts about her country rather than about herself. That is not to say they are overly political; as usual with crafted songs they are open to the interpretation of the individual listener.

Mama's Worried is a smouldering opener, setting the scene perfectly. Standing is the only older one of the opening five songs; she never has a need to rest on her laurels and is always prepared to build a set list based heavily on the newer material. 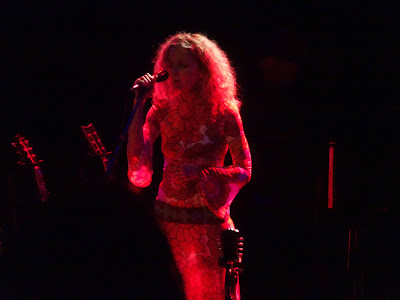 David and Conrad left the stage to give Patty room for two completely solo songs and then it was back to a trio for the remainder of the show.

The evening flew by, as usual. The presence of the mandolin on the stage had already signalled the closing song of Shine a Different Way and this closed the main set in wistful - yet optimistic - fashion. 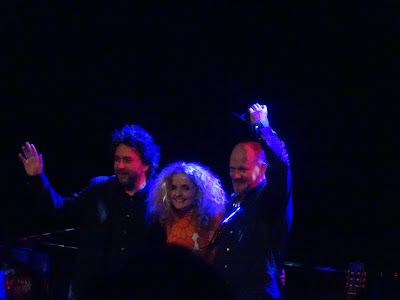 There was a double-song encore which was very well received before suddenly it was time head out back into the London night, to savour the experience of another wonderful and emotional Patty Griffin gig. 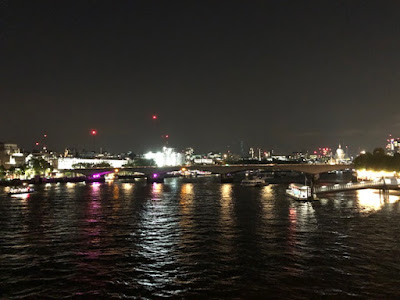 Up to the Mountain (MLK Song)
Heavenly Day

Two days later, I was able to do it all over again, nearly 300 miles north of the Queen Elizabeth Hall...
Posted by Sean Marsh at 11:21