Sophie Ellis-Bextor at The Sage

My fourth gig in four nights brought me back to The Sage, which is undoubtedly one of my favourite venues. It was to see an old favourite, too; Sophie Ellis-Bextor was back to extend her Song Diaries tour with some new dates to follow-up those from earlier in the year.

The gigs at Birmingham and Manchester back in June had been two highlights of a particularly busy year and I delighted to be able to catch one of the tour's latter dates.

Alice Jemima was in the supporting role again. I was disappointed to hear her solo tour, planned for Autumn, had been cancelled - but very pleased to her again. I have been playing her self-titled album a lot since I bought it from her in June. 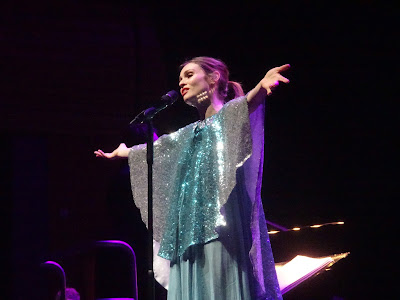 Sophie could brighten up the dullest of nights. The tricky journey of a bus, two late trains (plus a cancellation) and a taxi was made all worthwhile as soon as she appeared on the stage.

The show was similar in style to those from earlier in tour, with the focused orchestral songs fronting the set list and the arrival of Sophie's band heralding a quick change of clothes and a second-half dancing party. It was just one top tune after another and everyone was up on their feet, dancing away.

The tour concluded this week and it leaves me wondering what will happen next. It seems unlikely we will see another tour with the orchestra, so presumably an album of brand new songs will be somewhere on the horizon. Whatever happens, we do hope The Sage will be on the tour schedule again next time around. This was a simply wonderful evening. 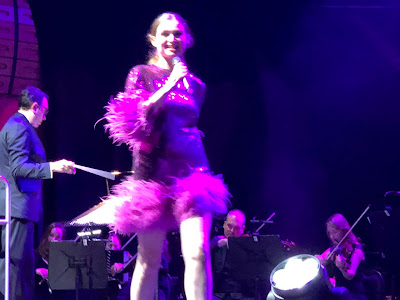 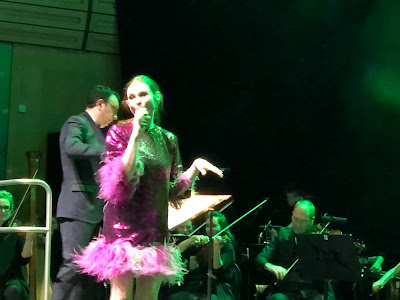 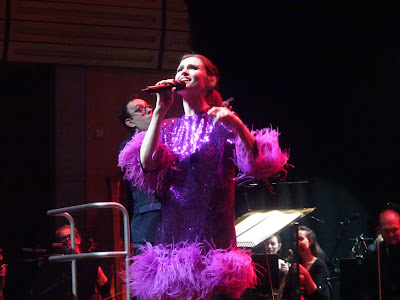 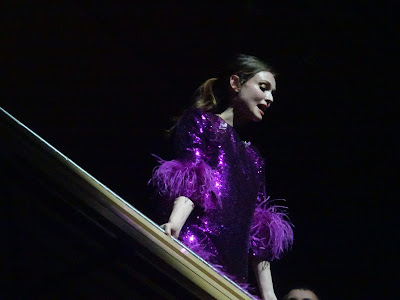 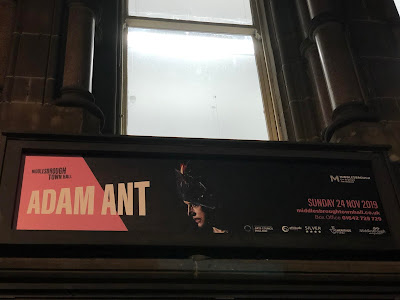 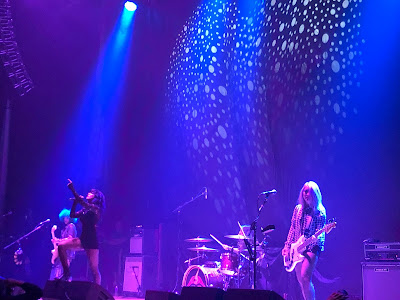 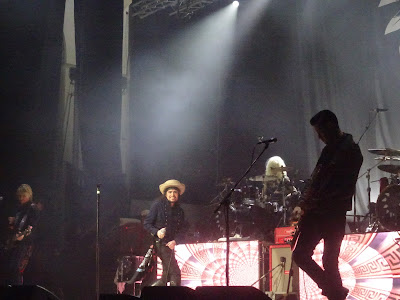 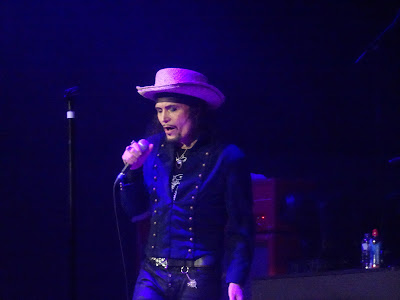 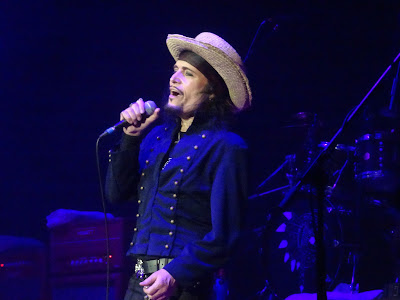 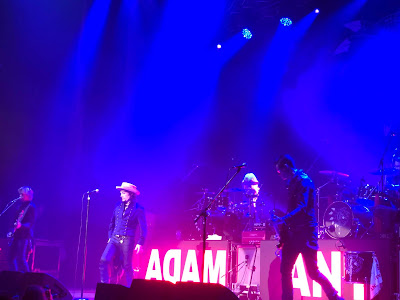 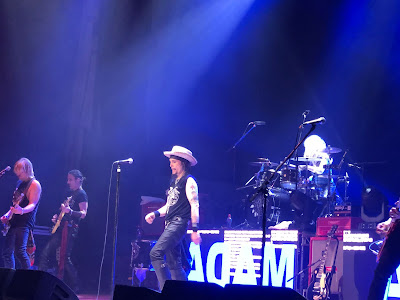 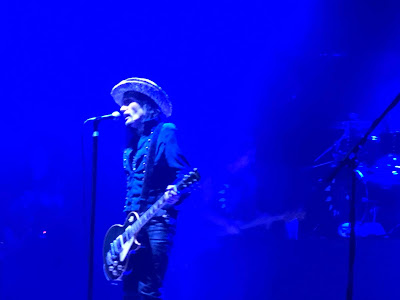 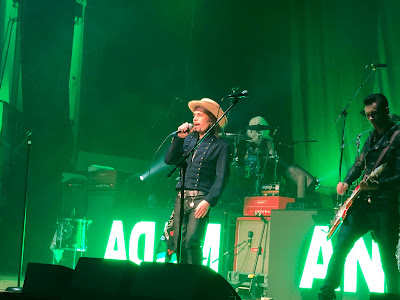 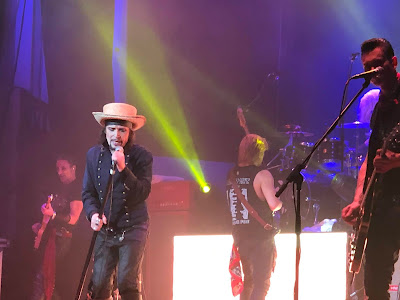 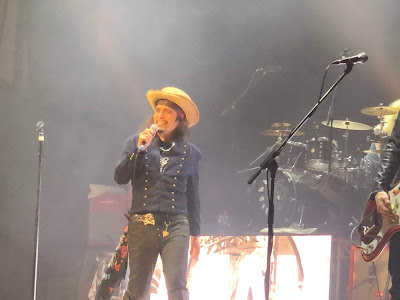 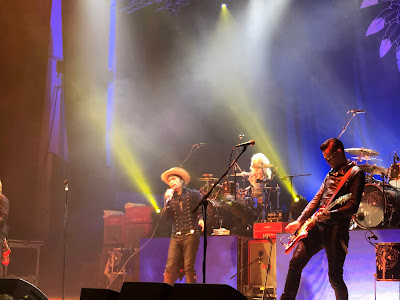 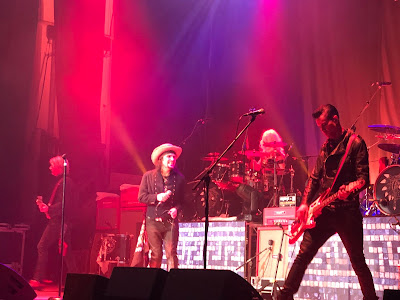 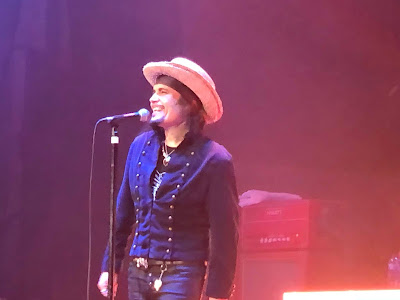 Nancy and The Dolls at the 100 Club

Another day, another basement gig.

The 100 Club on Oxford Street is one of the last great independent music venues in London. The closure of Soho's Borderline Club earlier this year, shortly after my first visit there, came as a shock and it paints a picture of a bleak future. 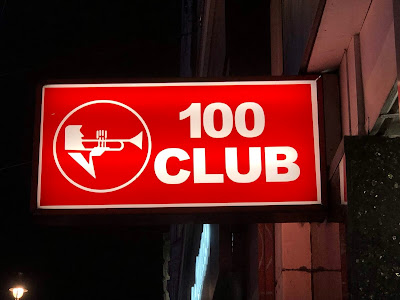 Despite a near-closure in 2010, the 100 Club is still going strong. It has an immense musical history, dating all the way back to 1942. The Rolling Stones played there twice in the 1980s and it was a key venue for the early gigs of the punk bands, including the Sex Pistols, The Damned, The Stranglers and The Clash.

There is now a great diversity in their gigs, but my inaugural visit to this famous basement was strongly connected to the glory punk days, as it featured the incredible Nancy and The Dolls (their new name).

I was unsure what to expect from the gig. The 100 Club definitely shows its punk-era roots; the toilets don't seem to have been updated since the late 1970s, the graffiti is covered only by more graffiti and the taps take turns in working. The basement stage is not raised very far off the floor and the room looks like it couldn't hold more than 200 people. There are a couple of tables and a few chairs on either side of the stage. I sat for the support act, which was Split Squad, featuring none other than Blondie's Clem Burke on drums.

Split Squad rocked out in fine style but it was only when Nancy and The Dolls took to the stage that the evening really blasted off - with everything 'turned up to eleven.' There was no longer any point remaining seated as people immediately crowded the stage. I made sure I was as close as possible to savour the experience; 'get up close and stay there.'

Led on by Jilly Idol and a famous bass riff, they took up their stage positions and launched into Psycho Killer, playing for a short time before Nancy Doll exploded onto the stage. We were then treated to a blistering, no-holds-barred set, running through the punk card and beyond.

Psycho Killer
Pretty Vacant
Sheena is a Punk Rocker/Blitzkrieg Bop
Hanging on the Telephone
Shitty Old Town
Swords of a Thousand Men
Holiday in Cambodia
Holidays in the Sun
California Über Alles
Hurry Up Harry
Ever Fallen in Love (With Someone You Shouldn't Have)
Teenage Kicks
Smells Like Teen Spirit
New Rose
Creep
(You Gotta) Fight for Your Right (To Party!)
Rock and Roll
Alternative Ulster
God Save the Queen
Common People
Times Like These

There was no drop in the evening's uncompromising tempo and the audience was surprisingly friendly, which isn't to stand they weren't rocking out in full enjoyment of the gig. It was a thoroughly enjoyable and very impressive evening - even better than I thought it was going to be - and it brought to an end my punk experiences for 2019. I do, however, intend returning to the 100 Club before the year is out... 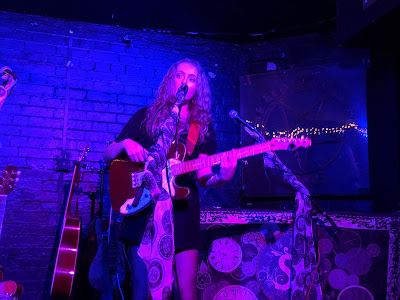 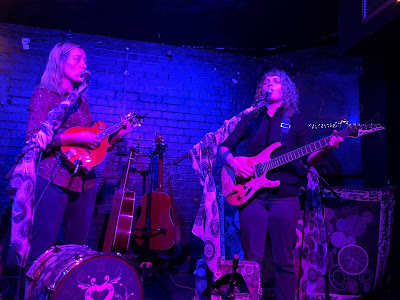 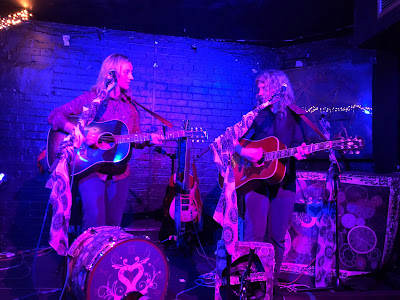