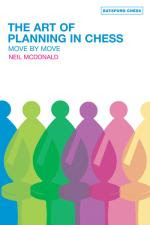 The Art of Planning in Chess
Move by Move
by GM Neil McDonald
(Batsford)
Grandmaster McDonald takes a good look at some very recent top-level games and tries to get to grips with how a Grandmaster plans over the board. Impressively up to date, the author even manages to include games from 2006, such as this classic debacle. 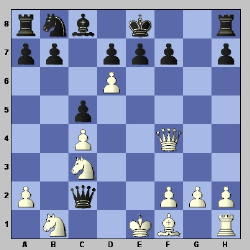 Wells – Shirov
Gibraltar 2006
13 Qe3! 1-0
When a top player loses so quickly it piques the interest. The explanatory notes answer all the questions the reader may ask about how and why such a thing happened.

Over the course of six chunky chapters, the reader is given a rare glimpse into the workings of the Grandmaster mind. The chapter headings give a taster of what to expect: ‘Ferocious Files’, ‘Dangerous Diagonals’, ‘Wearing Down A Weakness’, ‘Surging Through The Centre’, ‘Pawns And Goat Pegs’ and ‘Horrible Holes’.
McDonald is a natural teacher and his writings are always full of percipient points. Three examples, plucked at random, should serve to demonstrate the point:
‘There is a saying that the hardest thing is chess is to win a ‘won’ position. That seems to be true based on the number of times a player comes up to me and says ‘I was completely winning, but…’ I also know how hard it can be to make the final push to finish off an opponent who is dead but won’t lie down. In fact, in bad positions, a player often fights extremely hard and finds a lot of resources, so much so that it makes you wonder how he could have played so badly to get into such a mess in the first place.’
‘In fact, it is not only important (and interesting) to know how strong players have handled an opening set up – it is vital. I’m not talking about opening theory: just playing through the games of Capablanca , for example, would give you a ‘feel’ for where the pieces belong. The great Cuban’s openings are de facto old fashioned, but he made every move according to sound principles, with a large does of intuitive genus thrown in as well.’
‘You must keep on playing one move after another that suits the requirements of the position. Do not make any artificial attempts to force the pace of the game. Do not fear simplification, the endgame, a strong opponent’s attack, or complications, if this is the path that are required to follow the development and flow of your game should be as natural as that of a living organism.’
There is much of interest here. Even if you couldn’t be bothered to play through the game properly, the comments on the moves are still extremely instructive and should make the reader think about things differently, with beneficial effects on future playing strength.
The only criticism I have regards the number of typos that leapt off the page. Methinks a spot of tighter editing or proofreading was called for.
VERDICT:
Just under 250 packed pages of instructive and entertaining chess reading. Some people see non-opening books as a bit of a risk but this one comes highly recommended. A good one to read over the Summer break!


For details of this and all other Batsford chess books, please visit:
http://www.chrysalisbooks.co.uk/

I’m sure that most chess players would love to be able to play like World Champions Garry Kasparov, Bobby Fischer and Veselin Topalov, but how can this ever be possible? Well, I’m afraid to say that for the vast majority of readers it isn’t going to happen. You can, however, emulate the greatest players by adopting their favourite openings. One that is common to all of the champions mentioned above is of course the Najdorf Variation of the Sicilian Defence.
Fischer and Kasparov both used it in the vast majority of their games against 1 e4 and it served them very well. Given such endorsement, it’s clear that the Najdorf would have been analysed in great depth and the body of theory attached to it is huge. So just how can one begin to learn such an opening?
The latest in the fine ‘Starting Out’ series sets out to get the reader up and running with this famous counter-attacking weapon.
International Master Richard Palliser is one of the best common-sense chess writers around so I was very interested to see how he would tackle such a difficult subject in a single book.
Right from the start, the tone is optimistic. The introduction signs off with the words, ‘Now it’s time for you to discover how with the Najdorf Black gains good winning chances, and demonstrates that after 5…a6 White hasn’t a theoretical advantage. Good luck with your Najdorf adventurers!’ Further confidence is instilled by the knowledge that the Najdorf forms a major part of Richard’s own repertoire; I always find a book much more trustworthy if the author practices what he preaches.
The book is divided into seven main sections. 6 Be2 is the first line to be covered, and then we get two chapters on the English Attack, one of Fischer favourite 6 Bc4, two on the sharp 6 Bg5 and then a round up of odds and ends.
Players of a certain age (brought up during the Karpov era) will remember a time when 6 Be2 was seen as the critical test of the Najdorf. White’s positional edge often seemed to grow to immense proportions, with Karpov’s games setting the trend for others to follow. Of course, trends come and go (usually as World Champions do) and 6 Be2 is comparatively rare now. However, it must still be prepared for and it is given very serious coverage here. One of the major developments is in recent years is seen in the following game… 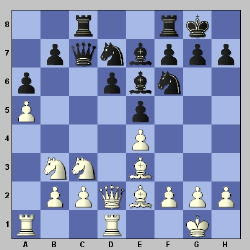 Leosson – Gallagher
Black plays 13 …Nc5!? and after an exchange follows up swiftly with …c5-c4 to activate his pieces.

The last 15 years or so have seen an explosion of interest in the English Attack. White’s basic plan is to play Be3, f3, 0-0-0 and then play for a typical Sicilian attack. I stopped playing the Najdorf just before this ‘new’ system was developed, so I was especially interested to see how the author would be able to explain it.
I enjoyed reading Richard’s logical explanations of the subtleties of the 6 Be3 Ng4 lines and a certain amount of the mystique surrounding them was lifted. 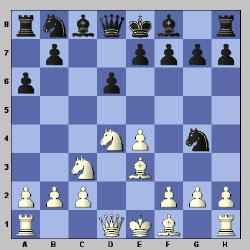 For many players, 6 Bg5 remains the ultimate test of the Najdorf. Here, the theoretical lines at their longest and trying to keep up with the latest developments can be a full time job. Indeed, I’m sure that a lot of people will avoid the whole defense simply because they feel that the whole 6 Bg5 is beyond their powers. This book claims that the Poisoned Pawn is currently the best choice for Black, but admits its limitations, stating that a complete coverage is impossible given the space confines. You would certainly need to know your stuff if you wanted to enter such a chaotic position as this…. 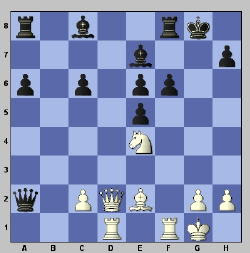 …when 18 …Ra7 is one of the recommended moves! What isn’t so well known is that the great Anatoly Karpov once played the black side of a Poisoned Pawn against Qi Jingxuan. At that time, the great champion was at the height of his ‘control chess’ powers but it seems that even he couldn’t resist plunging into the murky depths just for a change!
Indeed, several warnings are given to make it absolutely clear that some main lines of the Najdorf require very detailed theoretical knowledge. Black could try the interesting, much less known variation 6 Bg5 Nc6 if he wanted to get a repertoire up and running with a view to expanding and improving it later.
VERDICT:
The test of a Starting Out book is whether or not it leaves the readers sufficiently enthusiastic about taking up the opening in question. In this particular case, the answer is a very resounding ‘Yes’. The common sense explanations will take away a lot of the mystery of the Najdorf and enable the reader to start to build a dangerous and reliable repertoire with confidence.

The Advance Variation of the French Defence has never attained the level of popularity more readily associated with the Tarrasch or Classical lines but remains one in which Black must take great care. Former Irish Champion Sam Collins endeavours to explain all about it in just over 170 pages.

A short introduction covers some ‘Key Concepts’ and nicely sets up the rest of the book. The following chapters cover 6 a3 (with a chapter each on 6 ...c4, 6…Nh6 and 6 …’others’) , 6 Be2 (against 5 …Bd7 and 5 …Qb6) and then the final three chapters cover the range of other options, from the Milner-Barry Gambit to more obscure ideas such as 3 …b6.

The coverage of the most popular lines is thorough and bang up to date.

It is good to see a game by World Champion Topalov in which he achieves a position to warm the hearts of all French Defenders. 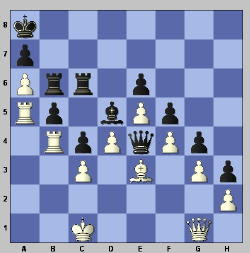 Black won in five more moves – a great advert for the Black side.

However, club players looking for the definitive analysis on lesser-known variations will be disappointed. For example, the Milner-Barry Gambit isn’t given much detail and in the critical position... 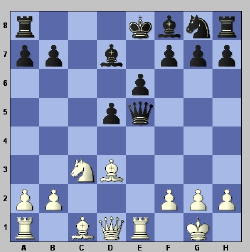 11…Qb8 is not mentioned, despite being one of the main moves. Similarly, the obscure line 3 …Bd7 is covered in a single note yet it is one of a number of such sidelines that can prove very tricky to the inexperienced player.

VERDICT:
A reasonable guide to an important variation. I don’t think there are any major new revelations here, but the material is up to date (nearly all the illustrative games are from 2000-2005). If you already have decent books on the Advance French then you don’t really need this one but if you were thinking of taking it up then this would be a good guide.