Honeyblood at The Georgian Theatre

Honeyblood's No Drama Tour acts as a spearhead for the release of their third album, In Plain Sight, which is due out on 24 May.

Honeyblood were formerly a duo before being reduced to a solo - namely Stina Tweeddale but Anna and Debbie have recently been recruited on bass on drums respectively to ensure a big and impressive sound for the tour dates. 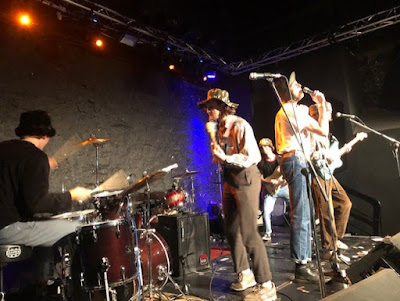 Support came in the form of Coventry's Feet, who were loud, energetic and quirky, with each member of the band sporting impressive and uncoordinated head wear and equally uncoordinated dance moves. It was an interesting set and an ideal warm up session. 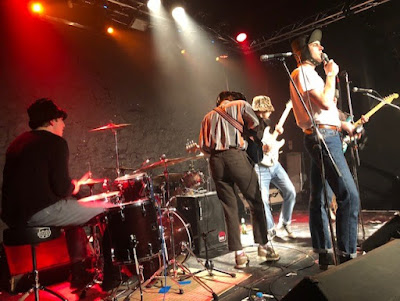 It wasn't too long to wait before Honeyblood took to the stage. Their set was powerful and quite different to anything I had heard before. 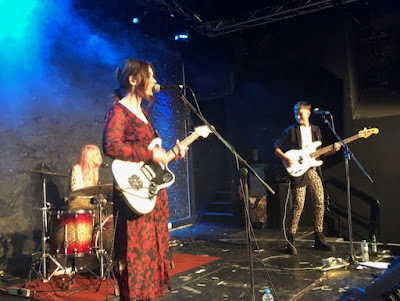 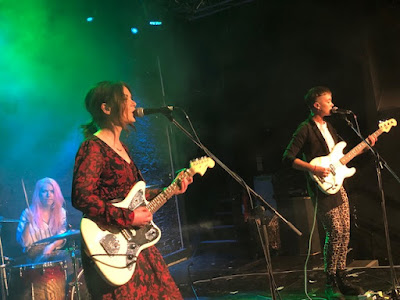 The band was tight, they looked great and sounded even better as they ran through a fast-paced set of older songs and cuts from the new album.
The Third Degree and Gibberish are early stand-outs from the new album, although there is clearly much to explore once In Plain Sight lands.

The sound was nicely heavy and, even though the crowd had to be promoted to come closer to the stage (assisted by a dramatic roll on the drums), once they were there the barriers between the players and the watchers fell for good.

Honeyblood have an original sound and an impressive repertoire of unusual songs. Yes, this was a fine night at The Georgian Theatre and I hope Honeyblood will return soon.


Find out more about Honeyblood over at their official website.
Posted by Sean Marsh at 23:37