An Evening With Bananarama at Borderline

Bananarama's career has taken many twists and turns, including the unexpected return of Siobhan Fahey for an extraordinary, first-time ever tour of the original line up.


Then it was announced in the run-up to last Summer's final tour dates that they were going to revert to being a duo once again - Sara Dallin and Keren Woodward - and that a new album was in the pipeline. 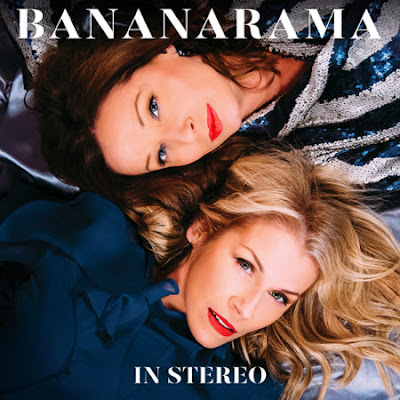 The album was released last week and was accompanied by a short launch tour, utilising only very intimate venues, to showcase the new material and to act as a counterbalance to the gigs played in more impersonal large venues.

This is how I went from seeing them first at The Barbican in York (capacity 1,500) and Edinburgh Castle (capacity 8,800) in the Summer of 2018 to the most recent encounter at Soho's Borderline club (capacity 300). 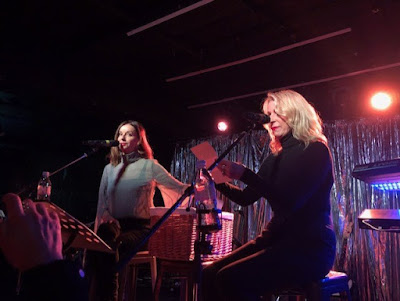 The evening consisted of a cosy Q and A with Sara and Keren followed by a short break. Then they returned with their band to perform a set list of 17 songs, with the bulk of the material coming from the new album. A couple of crowd-pleasers were included for good measure and the rest were rarer songs, not played on the big tour.

To see them up close was always going to be a completely different experience to last year's tour dates. Borderline was absolutely packed and everyone was in a good mood, just ready to enjoy a great evening.

The chap next to me rescued the set list from the stage at the end of the evening and let me take  photograph.
The new songs all sounded great and the performance was excellent. It was certainly hot down in the basement, with 300 people all squeezed close to the stage. 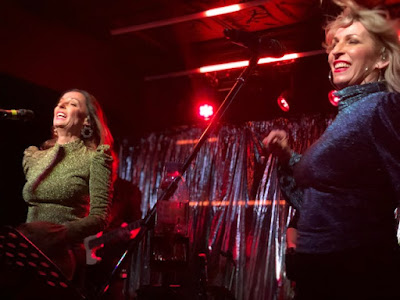 The future looks bright for Bananarama and I hope the opportunity arises to see them again, whether up close and personal or in a larger venue. Yes, it was a quite a night in Soho!
Posted by Sean Marsh at 22:19