Glen Matlock at The Cluny

There can't be many people who followed up an Emma Stevens gig with a trip to see Glen Matlock.

This was the second time this year I had been to The Cluny to see a big-hitter; Jah Wobble and The Invaders of the Heart back in February, had all but blown the roof off and now it was time rock out once more.

The set list drew heavily from Glen's Good to Go album, released last year. A major selling point on both album and tour was the presence of none other than former long-term Bowie guitarist Earl Slick. It turned out to be quite an evening. 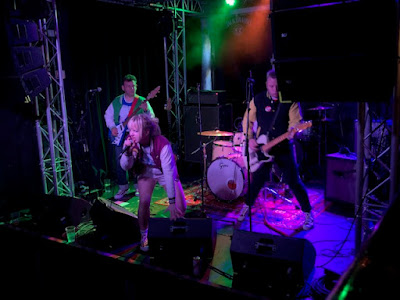 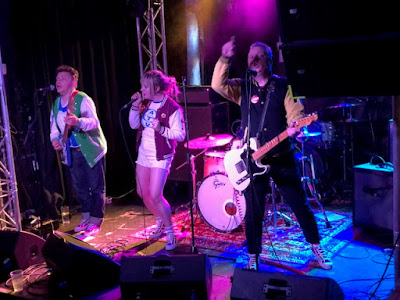 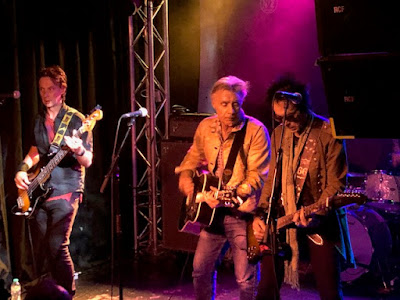 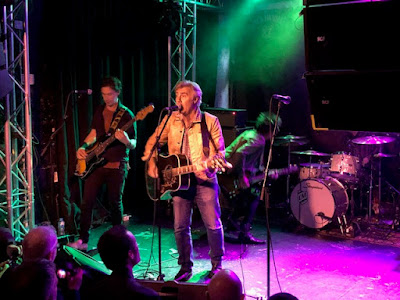 Fans of a certain age and 'Never Mind' T-shirts had to wait until the encore to hear a classic from the Sex Pistols era, but the stomping, sing-along version was worth the wait. The evening drew to a close with a high-tempo cover of the Small Faces' All or Nothing, guaranteeing the evening would end on a high.

Glen maintains a certain swagger and style. It was the first time I have seen a singer pause to comb his hair.

Pretty Vacant
All or Nothing 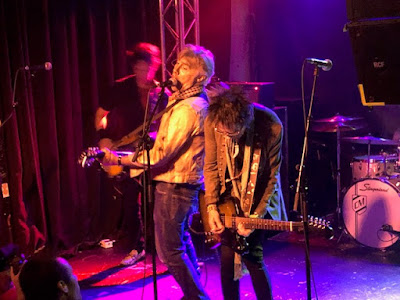 It was an exemplary evening of pulsating rock 'n' roll and another significant triumph for The Cluny.

Incidentally, there is a track-by-track guide to the songs on Good to Go here, which is well worth a read.
Posted by Sean Marsh at 01:28