My fascination with the life of Eva Peron continues and, as promised back in May, I will continue writing about this enigmatic and extraordinary person.

Summer 2019 brought a brand new version of Evita and I was there for two performances to see for myself how this version compared to the rest.

Regent's Park is always worth a visit anyway and it was easy enough to find the venue.

Open Air means exactly that; there is no hiding place from the elements without leaving the arena and, as one could expect from a British Summer, the heavy downpours were never far away - and umbrellas are not allowed. The rain tested the resolve of the audience. Some passed the test but others did not and there is no re-admittance to the arena until after the interval.

The first of my two visits was on the Friday evening. The weather forecast was dreadful yet the serious rain held off until the very end.

Being outdoors allows the texture and atmosphere change as the light fades. The three photographs below show the stage first before the play started, then at the interval and finally at the very end of the evening. 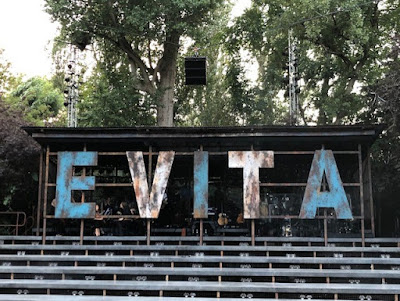 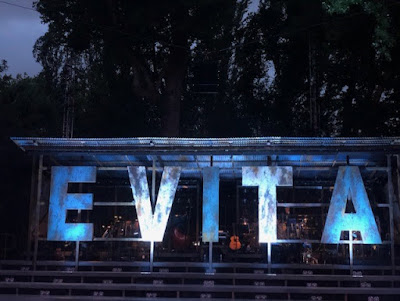 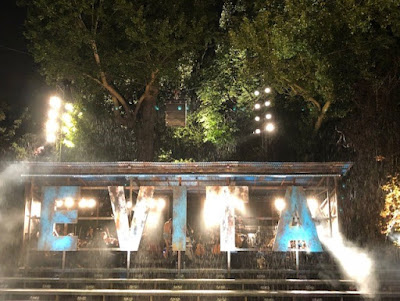 This was a very different interpretation of the play compared to the others I have seen. The set utilises a minimalist approach, as do the costumes. There are pyrotechnics, streamers, ticker tape and costume changes on the stage.

The songs are the same, of course - but there are some wonderful new routines, with the one accompanying The Art of the Possible being a particular highlight.

Samantha Pauly's Evita is an uncomplicated mixture of the manipulative, ambitious and arrogant. Evita revels in the insults of the disturbed military and upper classes, perhaps overconfident of her power to remain at the top. This is fully in keeping with the ethos of the original play and is a perfectly valid point of view -and her performance is very strong - but I prefer the light and shade of a more ambiguous Eva Peron, which I always find more moving.

In fact the entire cast puts on a great show, with Trent Saunders' Che and Frances Mayli McCann's Mistress being particularly effective.

There is a strong, cynical edge to the motivations of the characters, including the small child who sings Santa Evita. Normally a moving aspect to the play, this time the child is shown to demand money towards the end of the song and even counts it before stashing it into her purse.

Balloons are used as symbol for the fragility of life and reputation. Audience expectations of the arrival of the classic Evita image - blonde hair, magnificent dress and arms raised, typically at a key balcony scene set at the Casa Rosada - are held in check until the tragic end, perhaps suggesting the iconic image and reputation were forged in the post-funeral fires of yet another new Argentina.

I retuned the next day for the matinee performance, which brought different shades again. It also brought a lot more rain. 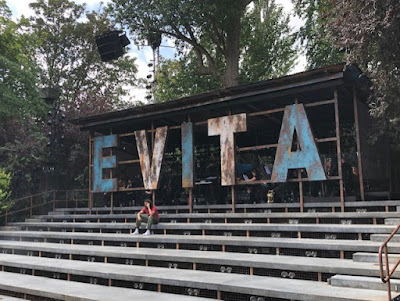 Despite the weather, my 11th and 12th experiences of Evita were overwhelmingly positive and I found the new interpretation to be very interesting indeed. It gave me plenty to think about and added new perspectives to Evita's remarkable story.

The play runs until 21 September so perhaps I will be able to see it again before it closes. Meanwhile, there is another version of Evita somewhat closer to home coming up soon and I am already making arrangements...
Posted by Sean Marsh at 10:10 No comments: 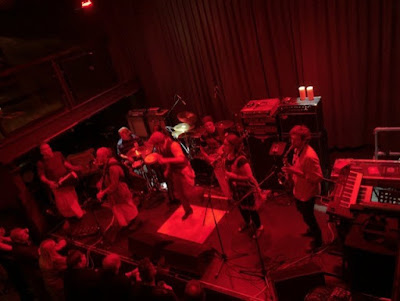 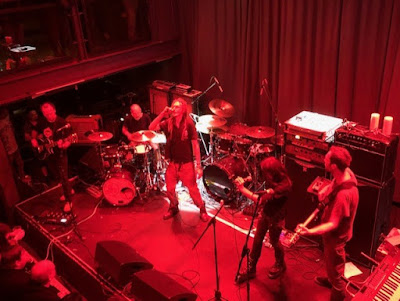 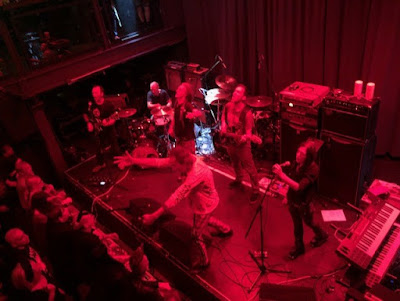 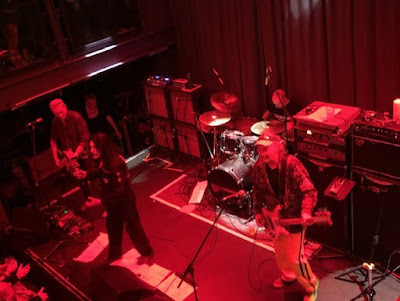 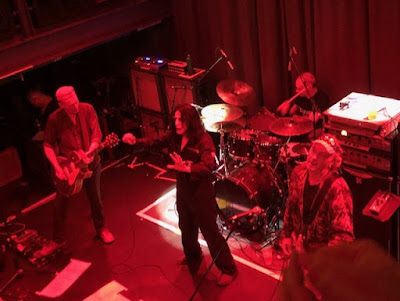 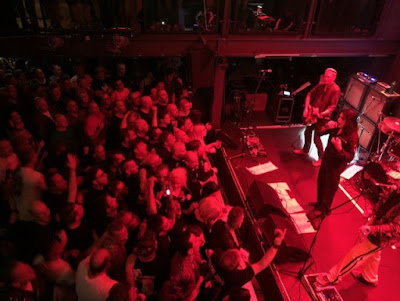 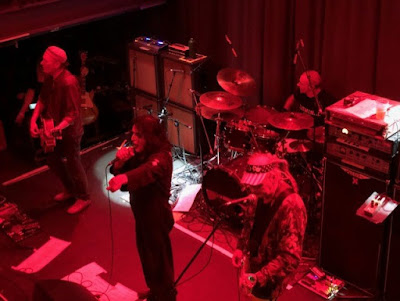 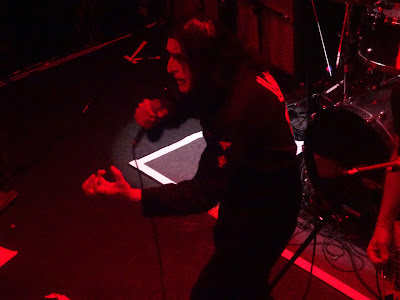 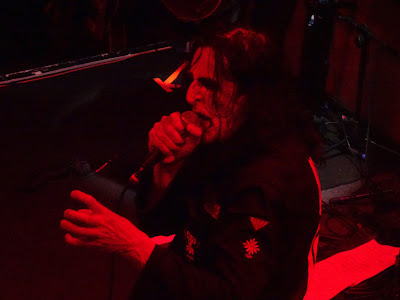 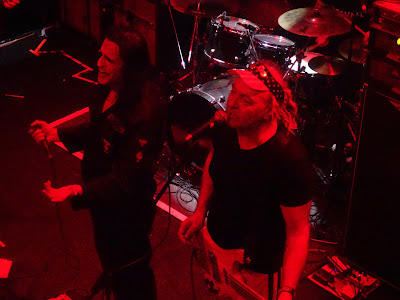 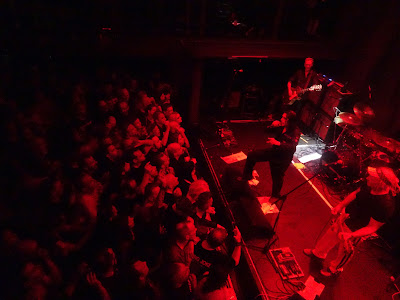 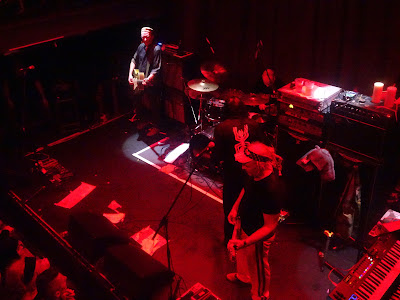