The World Chess Championship - Essential Knowledge
It’s a confusing thing these days, the World Chess Championship. All this talk of being ‘undisputed champion’ makes the whole situation sound as fractious as the boxing world. Indeed, people are always stopping me in the supermarket and politely asking me, ‘Who is the real world chess champion?’ I thought it would be a good idea to break the history down into easily digestible chunks and post it here as a handy reference, thus saving me valuable time to spend browsing the flapjack and dried fruit sections instead of standing for ages discussing the finer points of FIDE, the PCA and the London Rules.

The first official World Chess Championship match was won by Wilhelm Steinitz in 1886. He defeated Johannes Zukertort. Steinitz went on to successfully defend his title against Chigorin (twice) and Gunsberg. An ageing Steinitz finally met his match against young Emanuel Lasker in 1894. A return match (1896/7) was won by Lasker too.

Lasker defending his title against Marshall, Tarrasch, Janowski and Schlecter.

Six years were to pass before Capablanca first tried to defended his title. When he did so he suffered a defeat at the hands of chess-obsessed Alexander Alekhine.

Alekhine never gave Capablanca the chance for a return match - one of the great missing pieces of chess history. Instead, he crushed Bogoljubov in two straight forward title matches, before very surprisingly losing to Max Euwe in 1935. A return match, two years later, was won by Alekhine - thus he became the first player to win the title twice. Unfortunately Alekhine died in 1946 without defending his title again.
First Summing Up
Champions:
Steintz (1886-94)
Lasker (1894-1921)
Capablanca (1921-27)
Alekhine (1927-35)
Euwe (1935-7)
Alekhine (1937-46)
Up until Alekhine’s death, the World Championship title was very much the property of the champion. If he didn’t want to play, nobody could force him and there was no way the title could be taken away. The world chess association, FIDE, now stepped in to impose their authority on matters. A five-player tournament took place in 1948. The winner - Mikhail Botvinnik - was awarded the title.

FIDE’s regulations ensured that a title match would take place once every three years (or more often if a defeated champion claimed his right to a rematch). A whole cycle of qualification was introduced too. This eventually expanded into Zonal and Interzonal Tournaments plus Candidates’ Matches. History flowed smoothly for the next couple of decades, although Botvinnik had a narrow escape, drawing a match with Bronstein in his first title defence in 1951 (and thus keeping the crown).
Second Summing Up
Champions:
Botvinnik (1948-57)
Smyslov (1957-8)
Botvinnik (1958-60)
Tal (1960-1)
Botvinnik (1961-3)
Petrosian (1963-9)
Spassky (1969-72)
Fischer (1972-5)

Bobby Fischer became the first non-Russian since Euwe to take the ultimate title. Unfortunately he retired from chess shortly after doing so. The winner of the next Candidates’ series, Anatoly Karpov, became the new champion after Fischer defaulted the title match. Karpov dominated the top of the world (and defeated Korchnoy in two title matches) until the Garry Kasparov came along and beat him in 1985. All title matches were Kasparov - Karpov battles until 1993, when Nigel Short qualified for the final (famously eliminating Karpov in the Candidates’ cycle).
The chess world then entered a period of chaos when Kasparov and Short played their match outside of the auspices of FIDE. Kasparov retained ‘his’ title. Meanwhile, a hastily arranged FIDE final was won by Karpov. For the first time the world had two champions.
Third Summing Up
Champions:
Before the split:
Karpov (1975-85)
Kasparov (1985-2000)
After the split:
Kasparov (1985-2000) & Karpov (1993-1999)
Kasparov went on to defend his title against Anand in 1995 but a number of other proposed matches fell through. Eventually he lost to Vladimir Kramnik in 2000, never got to play a rematch and is currently in chess retirement. Kramnik had a tough - but ultimately successful - title bout with Leko in 2004.

Meanwhile, Karpov defeated Kamsky (1996) in the defence of the FIDE title. FIDE then changed the format, controversially, to a KO Tournament. Karpov was seeded all the way to the final, in which he beat Anand (1998). However, there was no such seeding in 1999 and Karpov declined to play.

FIDE then started stockpiling World Champions thanks to their regular KO events. Then they changed the format and brought together most of the best players in the world to play in a tournament to decide the FIDE title. Veselin Topalov won in style.
Fourth Summing Up
(KO) Champions:
Anatoly Karpov (1993–9)
Alexander Khalifman (1999–2000)
Viswanathan Anand (2000–02)
Ruslan Ponomariov (2002–04)
Rustam Kasimdzhanov (2004–05)
Veselin Topalov (2005–2006)
The two versions of the World Championship were finally unified in 2006 when Topalov met Kramnik in a match often remembered for the wrong reasons (the infamous toilet episodes).
Kramnik became the first undisputed champion since 1993. To tidy up some more loose ends he was required to play in the recently-concluded World Championship in Mexico. Unfortunately for him, Anand was on the best form and won the tournament - and the title - with a point to spare. To (hopefully) completely tie up all loose ends, Anand must now play Kramnik in a match in 2008.
Fifth Summing Up
Reigning, Undisputed World Chess Champion, as of 29/9/2007:
Viswanathan Anand
Let's see what next year brings!
Posted by Sean Marsh at 10:58 No comments:

The latest in the long line of Yarm Chess Championships was a very successful event.

13 teams entered the Primary Section, including defending champions Yarm A. Their main rivals, Newcastle’s Royal Grammar School (‘R.G.S.’), looked strong from the start and were eager to loosen Yarm’s grip on the trophy. Indeed, Yarm A and R.G.S. have traded victories since the early days of the championship.

A crunch encounter in the third round (of five) ended in a convincing R.G.S. victory and they made sure of the title with further match wins in the final two rounds.

Meanwhile, Yarm A tired towards the end of the event managed to hold onto second place.
Yarm B and R.G.S. F tied for third place. A play-off match sought to break the deadlock but ended in a 2-2 draw so they just shared the place.

There was a very tough battle for honours in the Secondary Section. The top teams from Yarm, R.G.S. and Wakefield’s Queen Elisabeth Grammar School (‘Q.E.G.S.’) were all in action. Q.E.G.S. held a slender lead after three rounds but a fighting 2-2 draw with Yarm A allowed R.G.S. A to take a point advantage with a round to go. The new leaders held their nerve and produced another great performance in the last match to deservedly take the title. Q.E.G.S. had a good last round too to ensure second place. Hosts Yarm A had to settle for third, but the scores were very close.

The tournament experience was enhanced by the presence by the presence of two very special guests. Current Cleveland County co-champion and former British Senior Champion, David Smith, was present throughout the day to help out, play and pass on tips to the juniors. Grandmaster Daniel King was there too! In fact he had already given Elmwood Chess Club a very memorable Grandmaster evening on the Thursday night and won nearly all of his games in a Yarm School simul on the Friday night (only Matthew Cornford managed to lower the GM’s colours - but he did it in great style; I’m hoping to show the game here soon).

Sincere thanks to everyone - from Y2 players to Grandmaster - who all made the 13th Championship one of the most enjoyable and special of the whole series.
Posted by Sean Marsh at 13:51 1 comment:

Fighting the Anti-Sicilians
Combating 2 c3, the Closed, the Morra Gambit and other tricky ideas
By IM Richard Palliser

‘These annoying lines have become the scourge of Sicilian players, but in this book Richard Palliser, a lifelong Sicilian devotee, decides it’s time for Black players to finally fight back!’

Essentially, this book covers all of White’s options to lines with 2 Nf3.

In the 1980s it was possible to have the Sicilian as one’s main weapon to 1 e4 yet never have to face a main line; The Grand Prix Attack and 2 c3 were two of the major reasons for that.

2 c3 retains a certain degree of popularity and is covered in the first chapter of the book. Just under 60 of the 254 pages are devoted to this tricky option. IM Palliser recommends the line starting with: 1 e4 5 2 c3 d5 3 exd5 Qxd5 4 d4 and then analysis two options for Black, namely: 4...Nc6 5 Nf3 Bg4!? and 4 …Nf6 5 Nf3 e6. Interesting choices; 2 …Nf6 is more often recommended so it’s good to get a fresh look at the classical central counter-punch.

‘Once upon a time one tended to know where one stood after 2 Nc3’…is a great quote from chapter 2. It’s absolutely true, as any long-term Sicilian practitioner will readily attest. The games of Spassky showed the way, with smashing Kingside attacks (seemingly always against the luckless Geller).

The Grand Prix Attack took over in the 1980s (2 Nc3 and 3 f4). Nowadays there is greater subtlety at work and the paths of 2 Nc3 sidelines are strewn with pitfalls for the unwary. IM Palliser gives a great mini-essay covering all the move-order tricks and how to aim for your favourite main line Open Sicilian if White is heading that way.

One of the lines he advocates against 2 Nc3 sees Black adopting some move-order frolics of his own with 2...a6. This should immediately cause White to think about the impending 3...b5 thrust. Exponents of the Grand Prix Attack will be dismayed to find that 1 e4 c5 2 Nc3 a6 3 f4 b5 is absent from ‘Chess Openings For White, Explained’ so they’ll have to dig a little deeper or even think for themselves over-the-board. 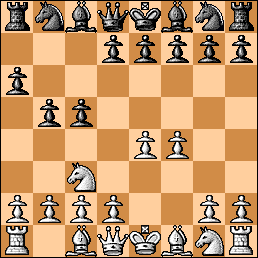 This illustrates another recurring theme in Richard’s books; his cross-referencing is second to none and he is never afraid to shout up if he disagrees with established sources.
One of the gambit options caught my eye as it featured a game I sat alongside in a local league match! It’s worth using this snippet as an example of the depth of the book’s analysis; this is a very rare line, don’t forget, and many authors would simply skip over the whole variation. (Besides, if I show the analysis here then Mike can save himself a few pounds.) 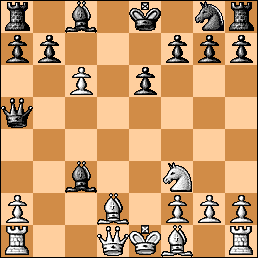 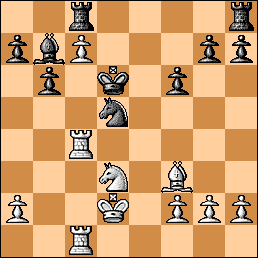 It will be interesting to see if Mike can come back from the chess kitchen with an improved recipe, with an extra twist on the ingredients somewhere along the line.

It’s hard to spot any ‘second moves’ not considered in this fine book. For example, 2 a3 and 2 Na3 (remember that!?) both receive analysis and it seems like only the really rare pawn lunges (a4, f3, g4,h3,h4) and 2 Nh3 escape the net of the suggested repertoire.

This book should take a lot of the mystery out of the Anti-Sicilians and must take up it’s rightful place as THE reference book on the subject. After all, Gallagher’s famous book is now 13 years old!

Teams: This is an event for school teams. Each team will consist of four members, playing in the correct order of strength throughout the tournament.

Presentation of Prizes: 2.30 p.m. (approx) for both sections.

We advise all players to bring a packed lunch. We cannot offer full supervision and request that young players should be accompanied by an adult. Unacceptable behaviour will result in a player or team being withdrawn from the tournament and excluded from future events. The chief controller will be BCF Arbiter Sean Marsh. The controller’s decision, in all matters related to the tournament, is final.

We look forward to seeing you!