Martin and Eliza Carthy at The Waiting Room

It was supposed to be a gig-free weekend but a late opportunity to attend this special evening came from an excellent friend - and it was gratefully accepted.

This was the fifth time I had seen Eliza Carthy but only the second time I had seen (her father) Martin - and the very first time I had seen them together. I was surprised to discover nearly three years had flown by since I last saw Eliza, at the extraordinary evening in the Whitby Pavilion just ahead of the release of Big Machine.

Unfortunately, due to a 'monumental con' the fabulous Wayward Band were not paid for their Big Machine efforts and Eliza's most recent album, Restitute, was created to remedy the unsatisfactory situation. 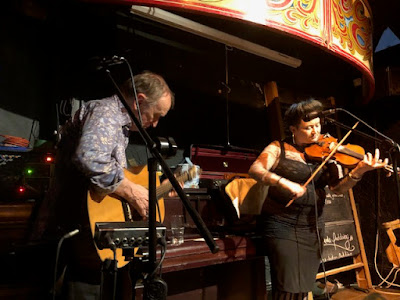 Meanwhile, the date at The Waiting Room (one of the most intimate of venues, where the audience can eat fine vegetarian meals during the shows) focused mainly on the 2014 Martin/Eliza collaboration The Moral of the Elephant and featured several prime cuts from there, including Happiness (a great opener), Blackwell Merry Night, Grand Conversation on Napoleon, The Elephant and Monkey Hair. 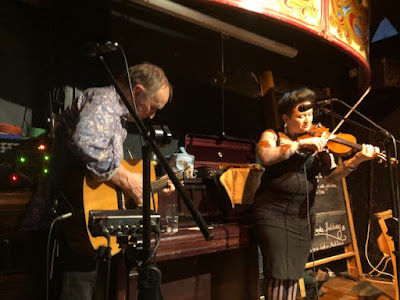 There was an apology regarding Martin's singing voice, which was having to rest for the duration due to illness, leaving Eliza to handle all of the vocal duties. This was more than compensated for by Martin's remarkable solo rendition of The Downfall of Paris. It was mesmerising to see such a performance at close quarters (the front seats at The Waiting Room are just a few inches away from the performers). Other highlights included Bottle, the title track of the collaborative album with Tim Eriksen album (the only one they had left to sell at gigs after successfully selling out at previous shows). 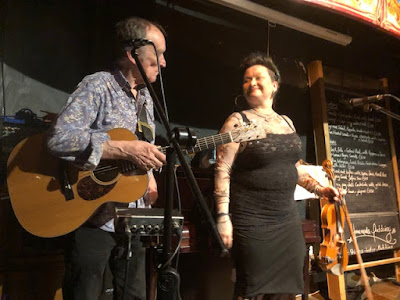 I enjoyed hearing the stories behind the songs, especially those concerning the elephant and the perception of history in general and Napoleon in particular. 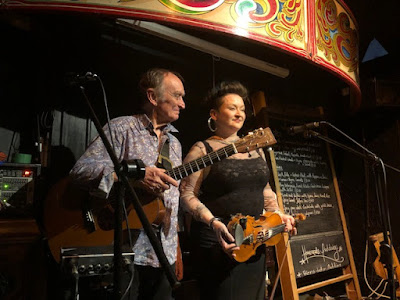 The whole evening was a spellbinding folk masterclass. Great music is there to be enjoyed, of course - but it should also have the power to make people think. The Carthy family, with their inimitable style, certainly have such power.
Posted by Sean Marsh at 09:24