Dear Readers,
It's a funny thing, communication. Why is that an ever-increasing number of people have to say 'yeah?' after every little bit of story they tell us?
For example: 'I was walking down the street - yeah? And I went into this shop - yeah?' etc . The plot thickens when you take into account that foreign people do exactly the opposite, eg. 'So, this is your great English weather - no? This is the way to Trafalgar Square, to see the lions - no?' etc.
Throw into the mix the fact that, whenever giving directions to anybody blatantly non-English, the average person feels the need to shout, as if that makes the message easier to understand. Eg. 'NO MATE, YOU TAKE A LEFT TURN AND THEN A SECOND RIGHT AND KEEP GOING TILL YOU SEE THE PIGEONS, YEAH?' and it is clear that so much is lost in translation. I had trouble the other day trying to explain to a Chinese gentleman (who habitually mixes up his ‘r’s and ‘l’s) that we were soon going to have a ‘general election’. But that’s another story…

Yet the recent news of the chess retirement of Garry Kasparov rang out loud and clear over the whole of the chess world. It was hard to believe what we were all hearing. Surely it was another case of a message being lost in translation? But no – it soon became apparent that it was absolutely true. The Boss had retired!
20 years at the top, he steps down with his name still proudly holding the Number 1 spot in the world rankings.
His achievements after a tumultuous period in chess history should leave no room for any doubt that he is the strongest player the world has ever seen.
Memories light the corner of my mind.
Misty water colour memories
Of the way we were ...

There are hundreds of games and special moves from Kasparov’s career which stick in the memory. Even as a very young man, his play was notable for its dynamic qualities, with a sudden tactical thrust shattering the opponent’s position. Look up the examples in this column on your databases; they are included here as little tasters. 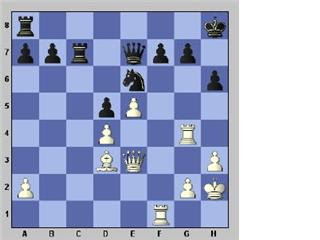 Kasparov’s reign as World Champion started just a couple of weeks after my first ever chess column in the Teesside Advertiser (later renamed The Herald & Post). So for the last 20 years, every time I have written a column, The King of chess has never changed. He has made big mistakes, both on and off the board but he has never lacked the courage for his convictions. Breaking with FIDE in 1993 might have seemed like a good idea at the time but ultimately led to the complete disintegration of world chess, giving us the lamentable state we now suffer.

The lack of a World Championship cycle is the most damaging of all. Without the attraction of regular Interzonals and Candidates matches, potential new sponsors are at best confused and at worst totally disinterested. Kasparov himself was able to demonstrate his early promise was being fulfilled when he swept through the cycle.

At a time when Anatoly Karpov seemed unbeatable, the two Ks clashed in contest in the unforgettable world title match of 1984. Karpov started off like a runaway train and raced to an early lead. Clawing back from the brink of defeat, Kasparov survived a 0-5 deficit to pull back to 3-5 before the match was stopped after the 48th game.

In the rematch, Kasparov famously triumphed, winning the final game with his beloved Scheveningen Sicilian in one of the most dramatic games in history.

Scattered pictures of the smiles we left behind,

Smiles we gave to one another

There was a time when it felt like there would always be a Kasparov v Karpov match either being played or about to be played; it just seemed to be the way things were and always would be. I’m sure that both players will have many bitter-sweet memories of all the games they have played against each other. 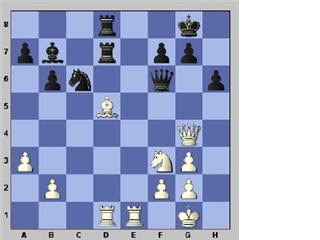 
He thus broke yet another record by becoming, at 22, the youngest champion in history. He had already been the youngest title challenger, the youngest USSR Champion…etc…he clearly had talent and time very much on his side. Further matches with Karpov followed in 1986, 1987 and 1990. Each one was very close, with lots of twists and turns. It is so rare, in the history of the world championship, to have two players at the height of their powers battling it out for the ultimate crown.


Can it be that it was all so simple then,

Or has time rewritten every line?

The immense energy waves created by Kasparov’s fiery brand of play made the demolition of established Grandmasters look almost too easy. 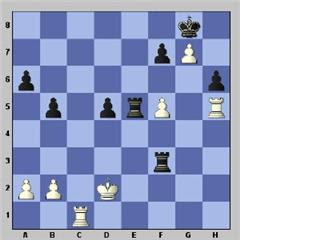 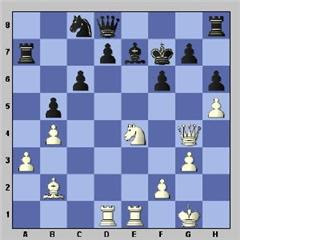 
If we had the chance to do it all again,

Tell me~ would we? could we?


Then came the infamous split with FIDE. Kasparov defended his title against Short (1993) and Anand (1995 - September 11th on the 107th floor of the World Trade Centre!) before finally losing to Kramnik in a match which still carries a lot of unanswered questions. I always found it strange how Lasker lost his match against Capablanca in 1921 with out scoring a single win. Kasparov matched this curious feat. The lack of a rematch ended up being one of the big factors in Kasparov’s retirement decision. Kramnik has done his image no favours at all by continually avoiding Kasparov.

Memories may be beautiful and yet,

What's too painful to remember

We simply choose to forget.

What a heavy blow that must have been for Kasparov. Knocked off the throne after 15 years! Was Lasker’s 27-year record reign on his mind? If he’d held off Kramnik in 2000, he would still be seven years off the record at this current time. We will never know if he could have added this record to his extremely long and impressive list. Despite the loss of the title and the painful memories that must have provoked he still kept his place as the Number 1 rated chess player (and highest rated in history).

So it suddenly ended at Wijk aan Zee. Despite his last round loss to a resurgent Topalov, Kasparov still took the trophy on tiebreak and played a generally extremely high standard.

There is no doubt, that out of all the games broadcast live on the internet, Kasparov’s are the ones which always attract the most viewers. His play was always so entertaining as well as being extremely strong. I had the great pleasure of being to watch Kasparov play live several times. Not over the internet, but actually at the match venues. (How ‘olde worldy’ that idea seems now!). I saw game 6 of the 1986 match with Karpov, the first two games of his 1993 match with Short and finally the fateful 11th game with Kramnik in 2000. His personality and presence shine out throughout the largest of playing halls. He has that rare star quality, that certain extra something that sets him apart from others and at once demands attention, interest and respect.

He was a champion of chess in every sense of the word. He was always taking on national teams in simultaneous displays, playing in strange places and battling, seemingly endlessly, with the latest top chess computers.

He has now retired from serious chess but we look forward to seeing him in action once again, possibly in the Quickplay events he hinted at. He cannot be replaced. We shall not see his like again.

Kasparov’s excellent series of books, ‘My Great Predecessors’, continues to sell well and sets a new benchmark for this kind of work. The good news is that the number of volumes will now be 10. In addition to the already published first four volumes, we will see (with provisional publication dates):

Plenty to look forward to there.

So it's the laughter

The way we were….

So let us conclude with three more snippets from happier days; times when the smiling face of The Boss used to shine from every chess magazine. And no wonder, when he could play chess like this… 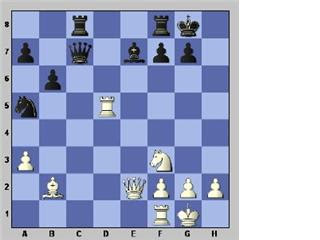 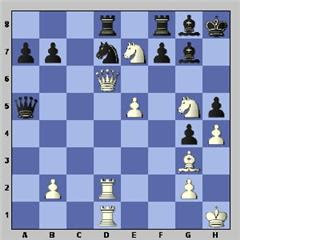 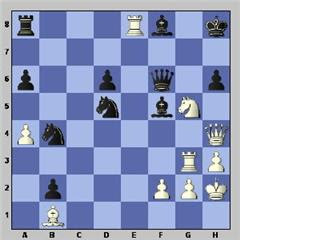