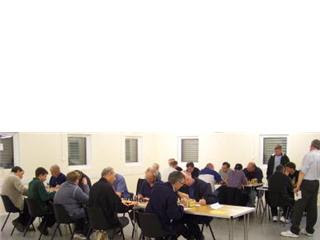 The final of the Tom Wise KO Cup took place at the very end of the local season and saw a crunch match between two of the strongest local teams. Elmwood, who dominated the A Division this season with a 100% winning streak, were a shade fortunate to reach the final after a very tough semi-final against The Rooks. Peterlee had beaten a more convincing path to the door of cup success and never looked like losing in any of the previous rounds.

Here’s a quick resume of what happened…

Peterlee won the toss and thus had White on boards 1, 3 and 5. J. Simpson ½-½ S. Marsh
The first game to finish. In a fairly even position, Black forced the draw with a perpetual attack on the White Queen. 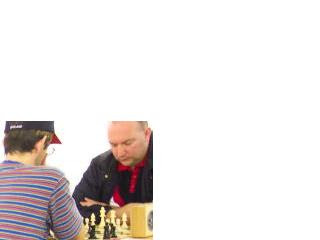 C. Walton ½-½ M. Closs
A fascinating encounter. Both sides were playing for the win for some time but with half of the board blocked, a breakthrough became increasingly unlikely. 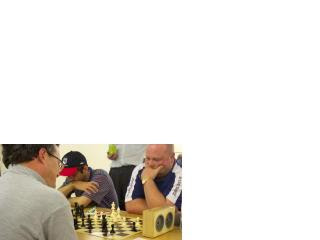 S. Dauber ½-½ C. Smith
Steve seemed to be getting a positional edge in the late middlegame, and it looked to be shaping up for a classic good Knight v bad Bishop ending. However, Collin’s forceful play prevented this from happening and there were lively complications. Eventually, a draw was agreed at almost the same time as it was on board two. 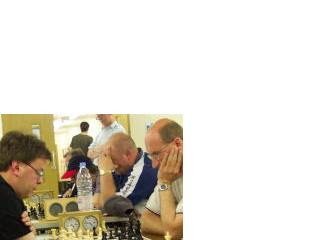 J. Garnett 1–0 S. Carter
Steve, who has had the better of John this season, developed a strong-looking attack. However, at the critical moment he chose a line which just left him worse and John went on to quickly convert his advantage. This was the pivotal game of the match. 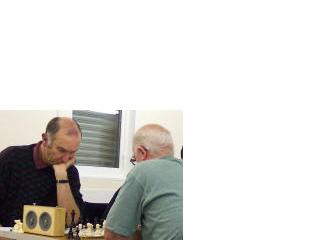 A. Killick 1–0 W. McGregor
From a position in which both sides had weak pawns, Bill seemed to be holding his own but a couple of unfortunate consecutive errors led to ruinous material loss.

The Plate final was equally exciting. Elmwood Juniors have had a terrific season, winning the B Division title and winning the NCCU Minor Championship. In contrast, Synthonia A have struggled in the A Division and suffered relegation. It ended up a bit like the old football play-offs, where the bottom teams in one league faced the top teams of the next division down. The teams from the higher division usually triumphed, despite having an otherwise miserable season. 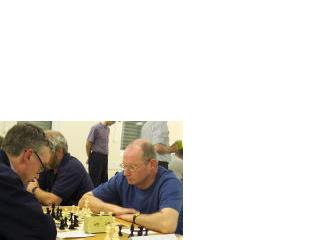 Mike gained an advantage early on and never looked likely to let the win slip. Drawing the teeth from one of Elmwood’s biggest hitters inspired the rest of the Synthonia team. 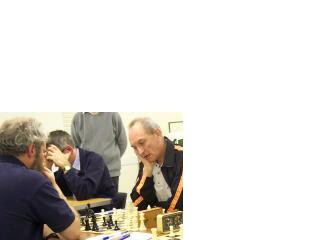 P. Frank ½-½ B. Myers
Brian looked to have the advantage deep into the endgame, but a draw was agreed when it became apparent that the match was effectively over. 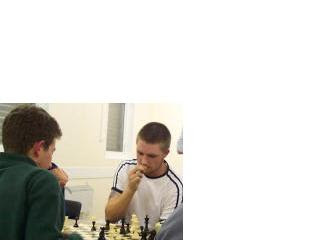 P. Gorley ½-½ S. Roe
Rivals since junior days, these two played out a fairly balanced game to a draw. 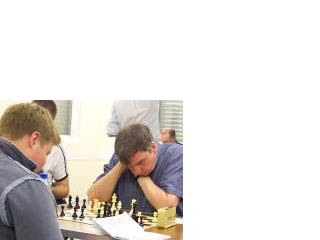 N. Webb 0-1 B. Whitaker
A good game by Brian, although Nick possibly missed a chance to set up a blockade right at the end. 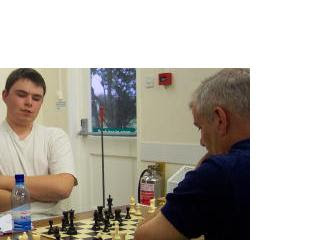 D. Leigh ½-½ D. Frank
Dominic pushed hard for the win but had to settle for the draw after some very fine battling moves late on.
Final Score: Synthonia A 3½, Elmwood Juniors 1½

Middlesbrough chess club very kindly hosted the matches and our thanks go to them. It is unusual for a Middlesbrough team not to appear in either of the finals and it was good to see that this didn’t stop them entering into the spirit of the competition.

Dominic Leigh continued his great form long after the season had officially ended. On consecutive weekends, he beat British Senior Co-Champion Norman Stephenson in a simultaneous display and followed that up with a convincing demonstration of power at the 1st Stockton-on-Tees U-18 Chess Championship.

Meanwhile, if you ever wanted to meet Garry Kasparov, now’s your chance. The great man will be at The London Chess Centre on Saturday 3rd July 2004. There will be a signing session followed by a Q&A session. For full details, don’t hesitate to head off over to: http://www.chess.co.uk/gkvisit2004.html