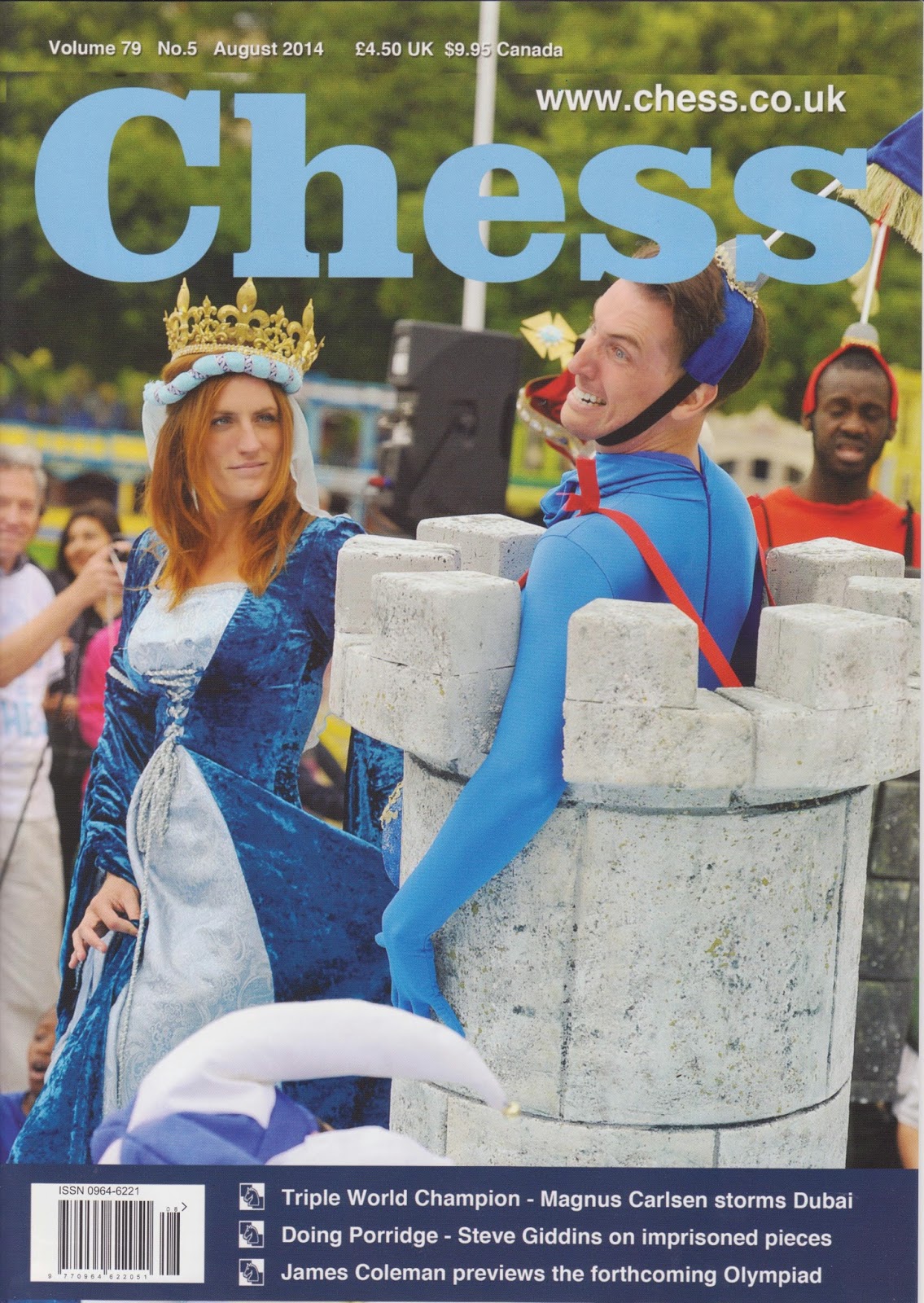 My reviews of Petrosian Move by Move (Thomas Engqvist, Everyman Chess) and Hacking Up the King (David Eggleston, Mongoose Press) are included in the latest issue of CHESS Magazine.

Ordering details can be found here.
Posted by Sean Marsh at 11:51 No comments: 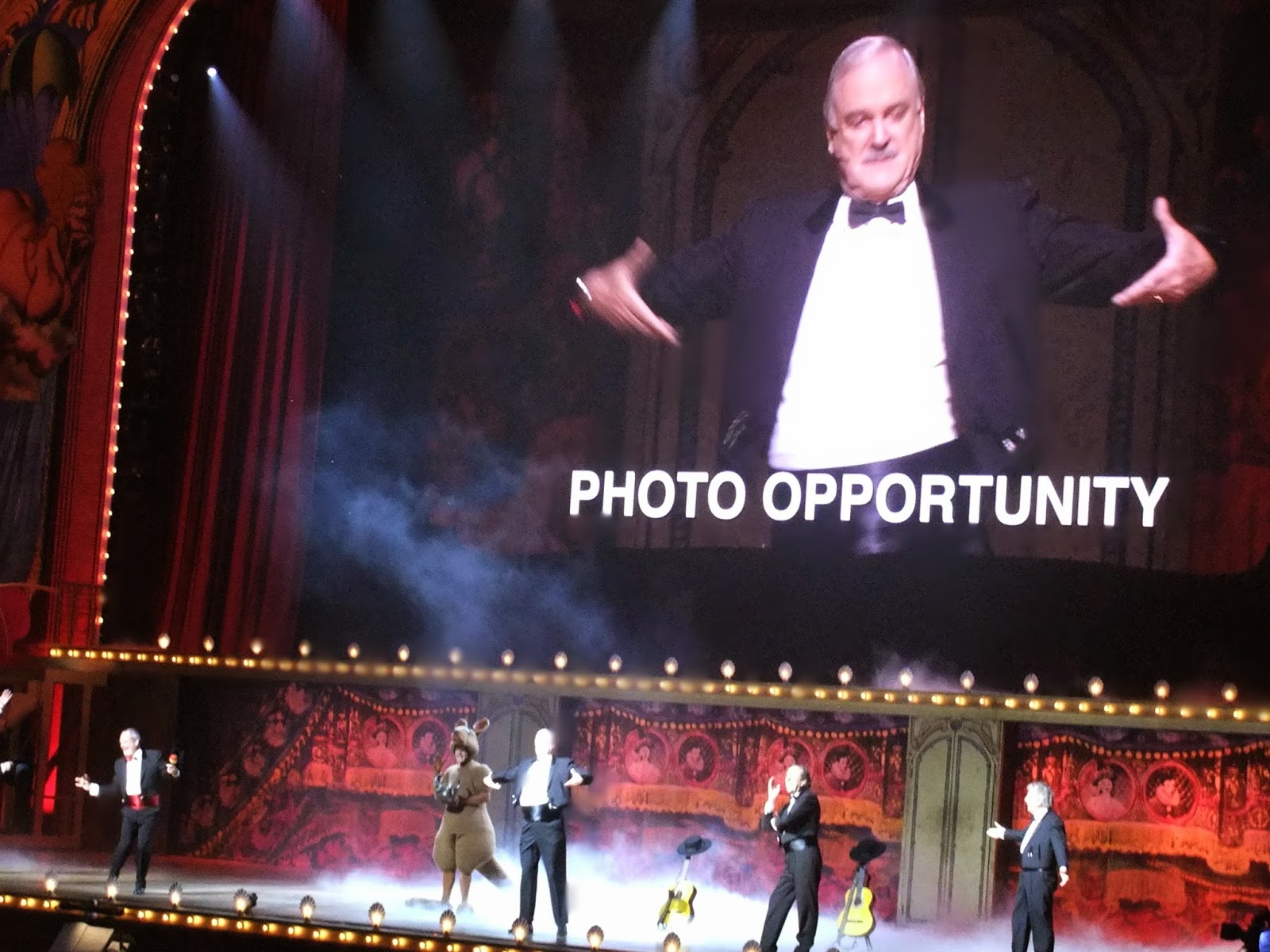 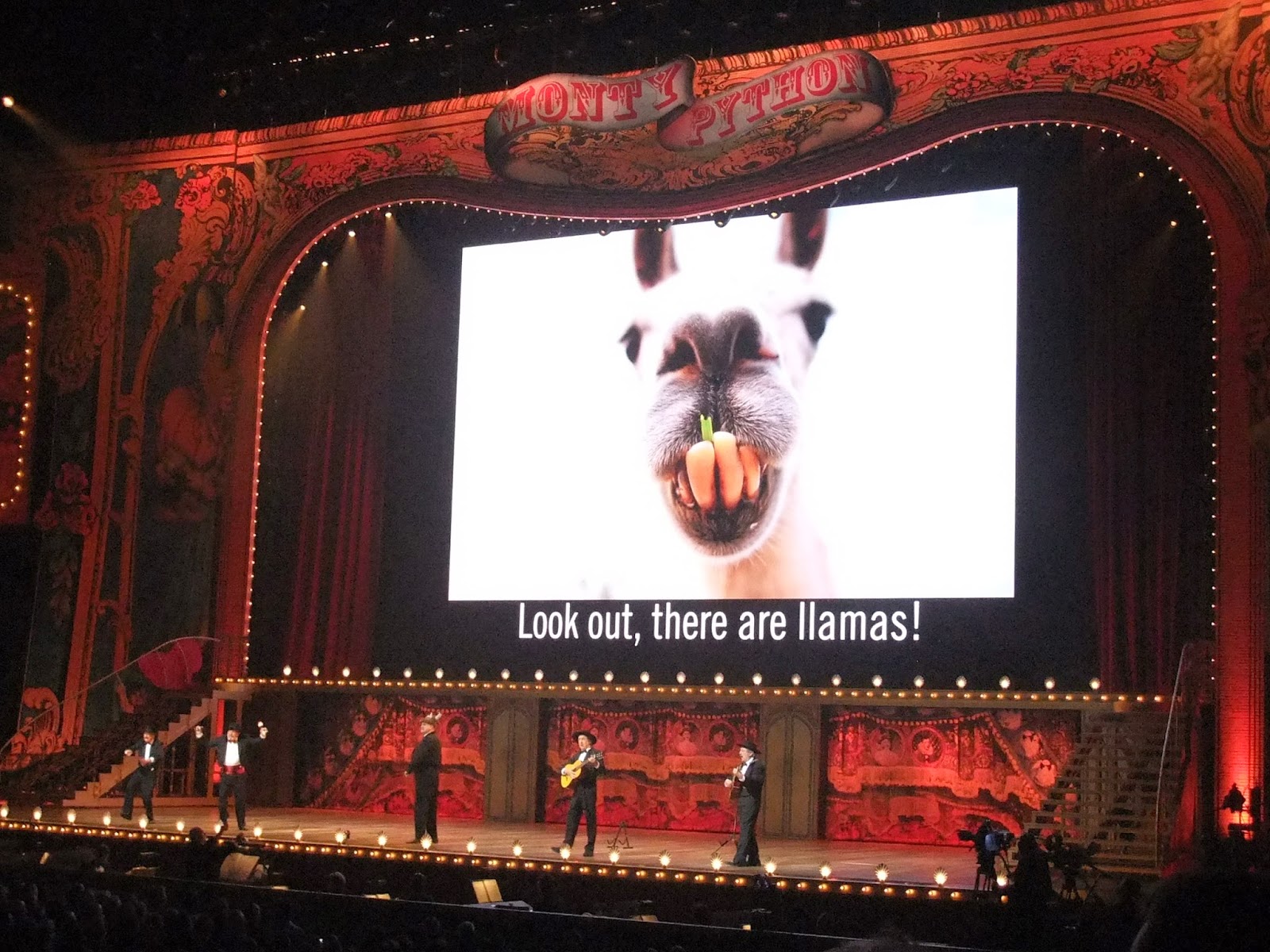 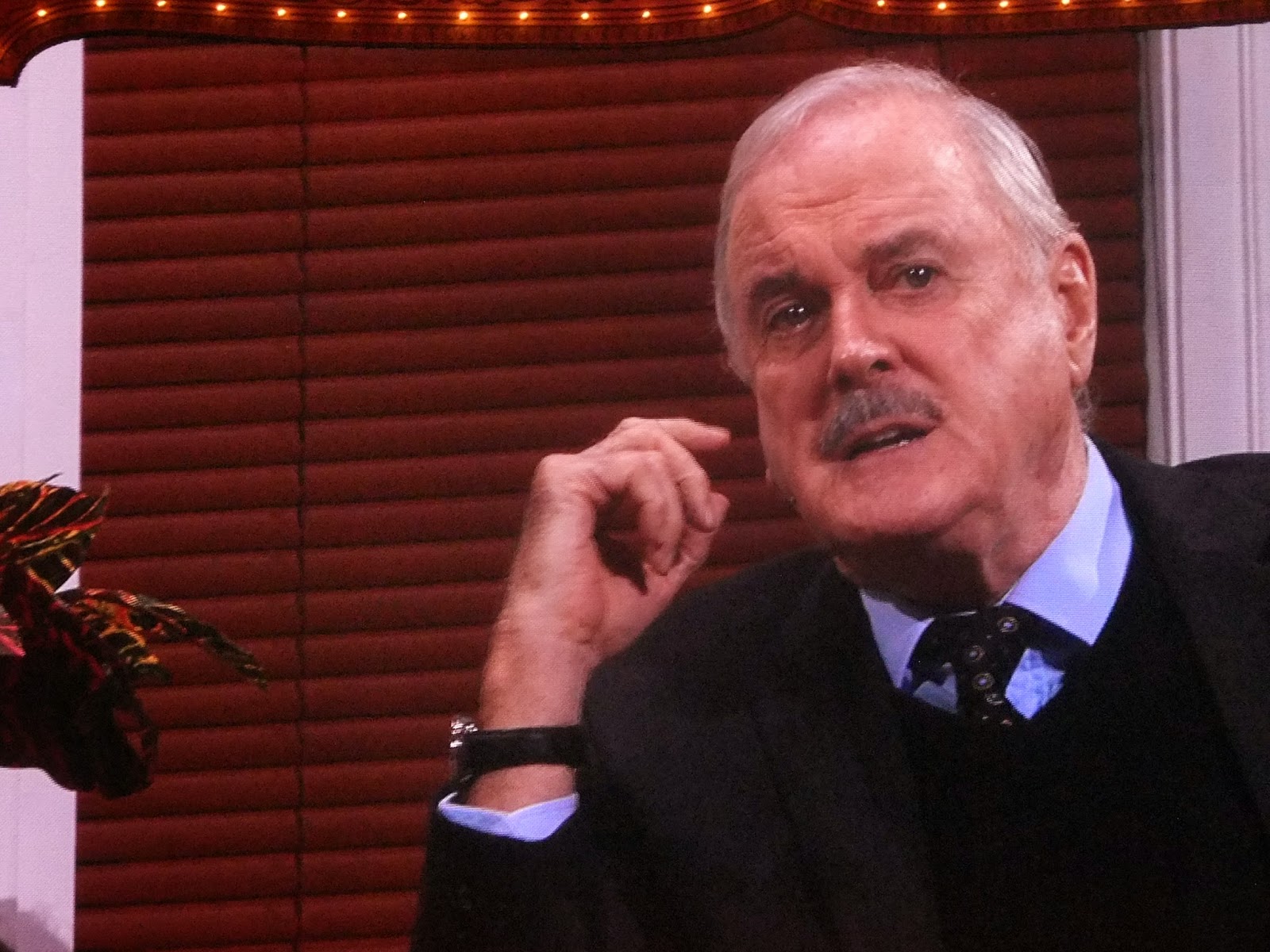 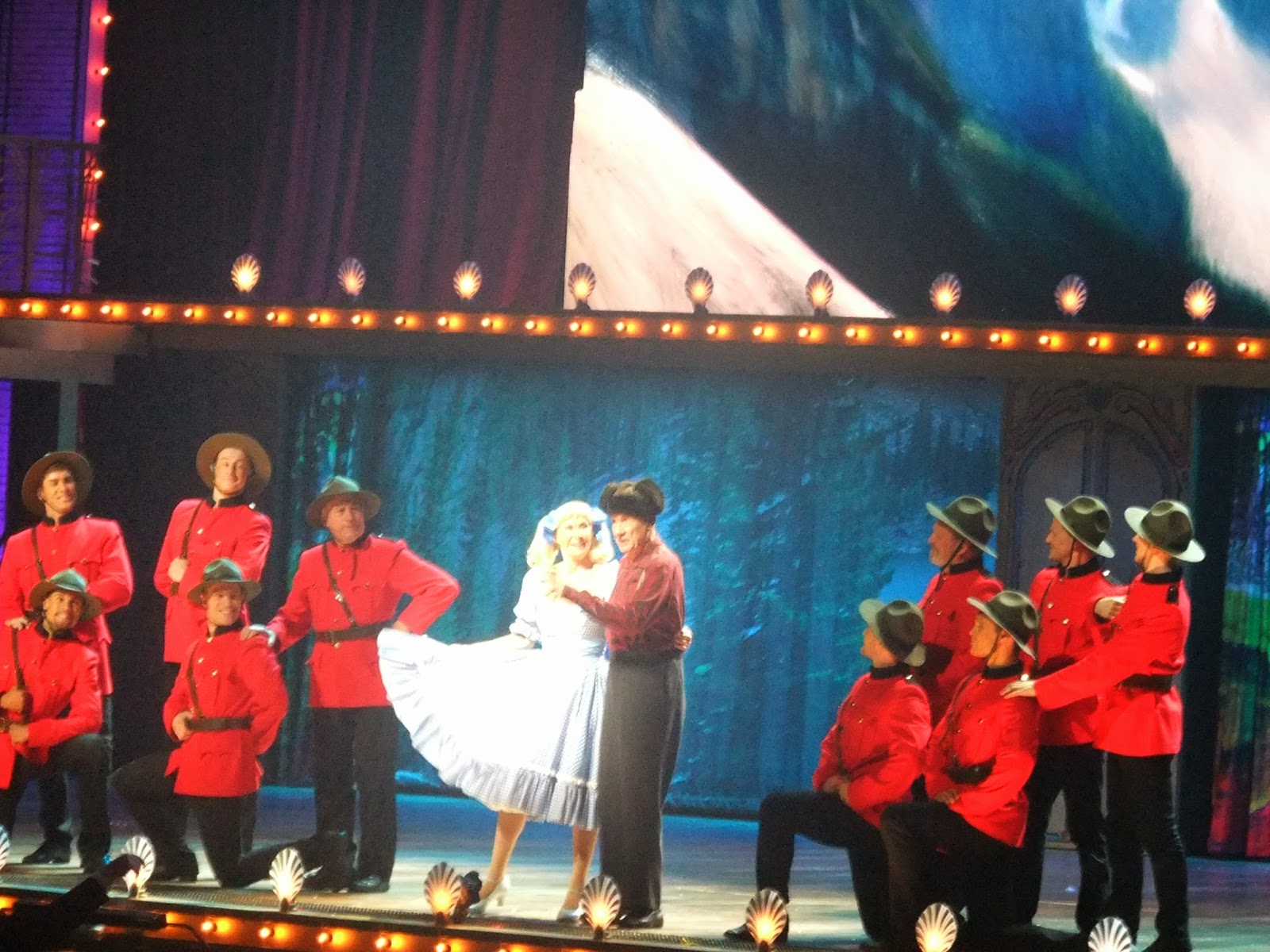 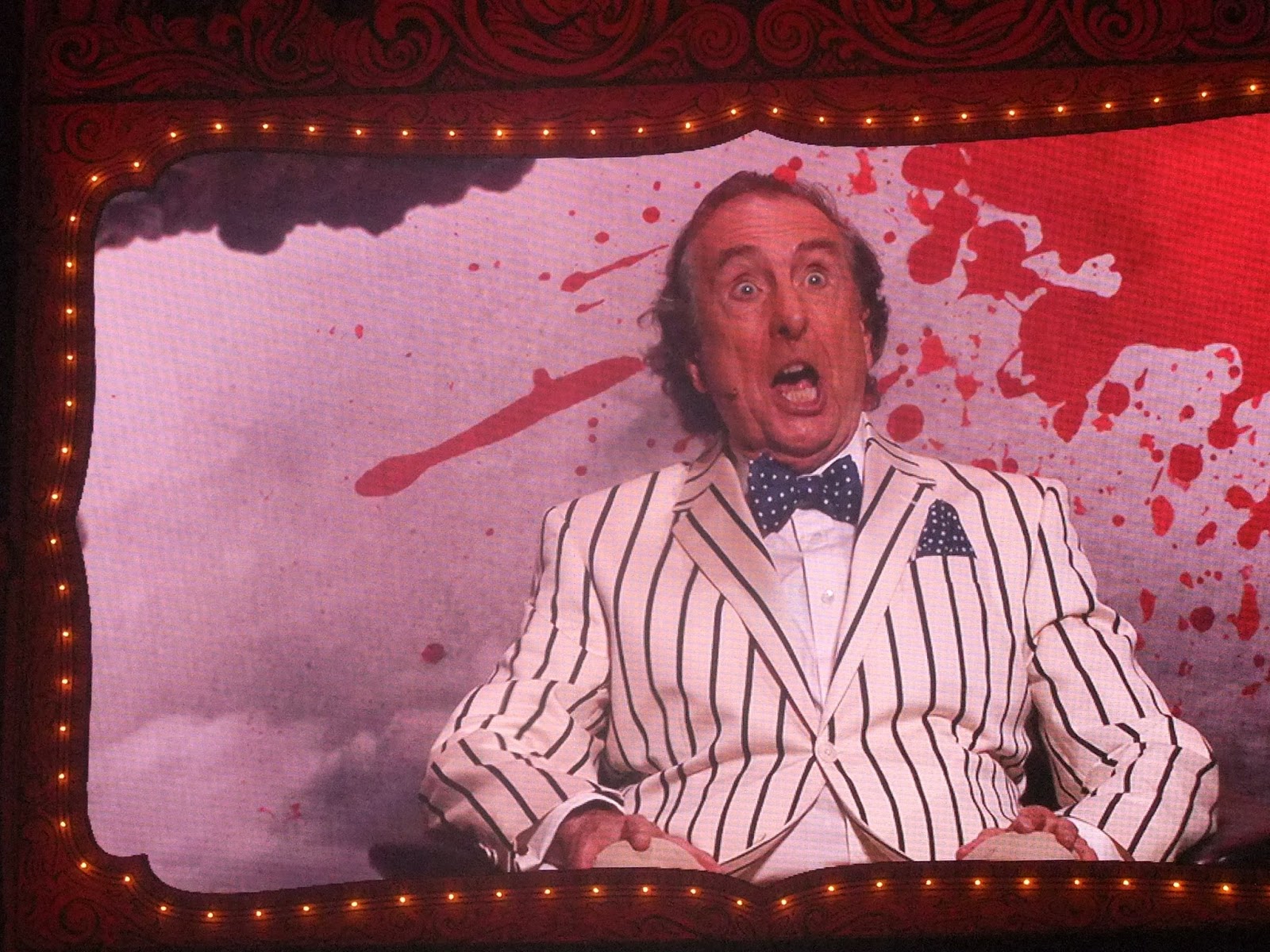 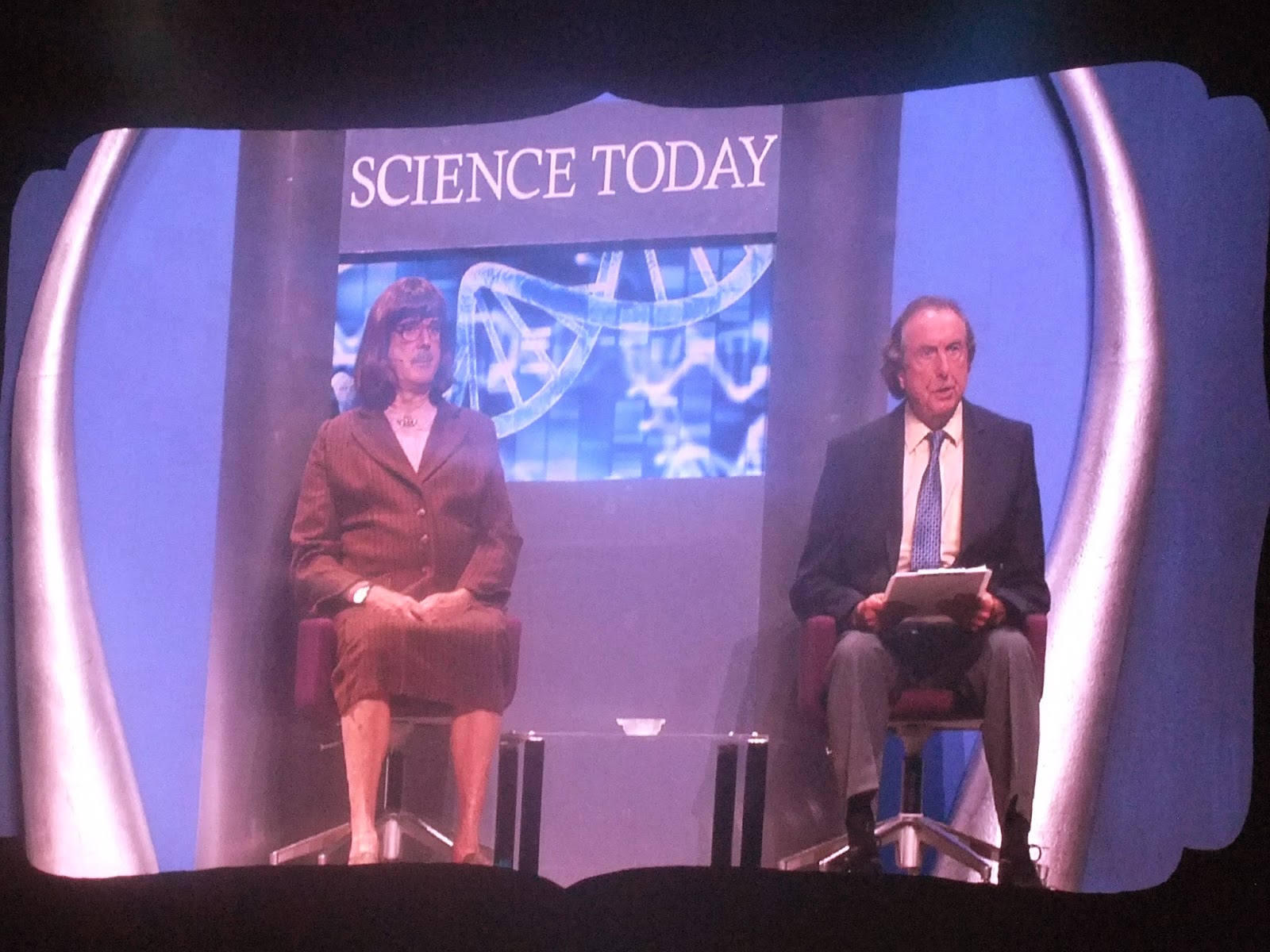 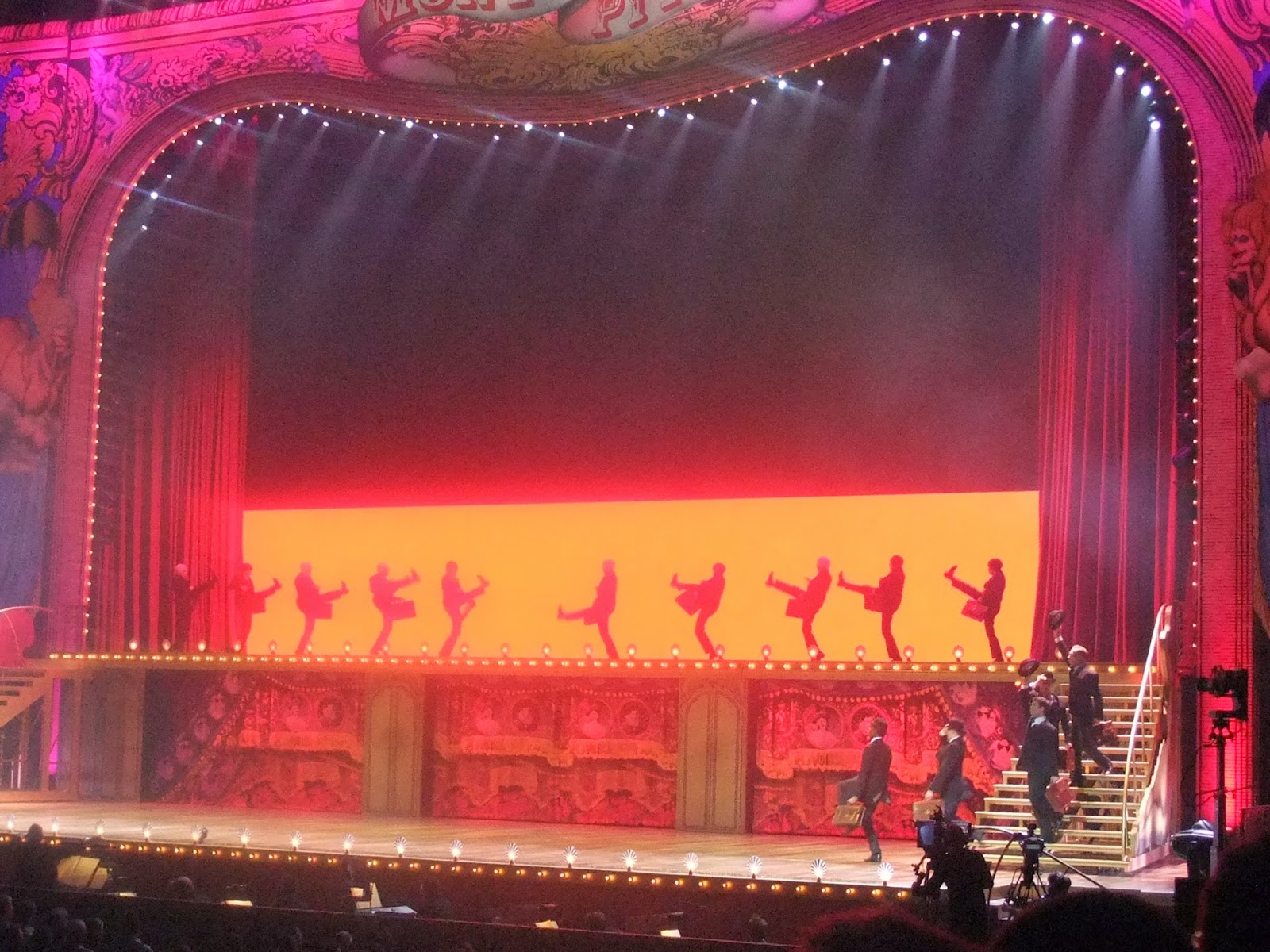 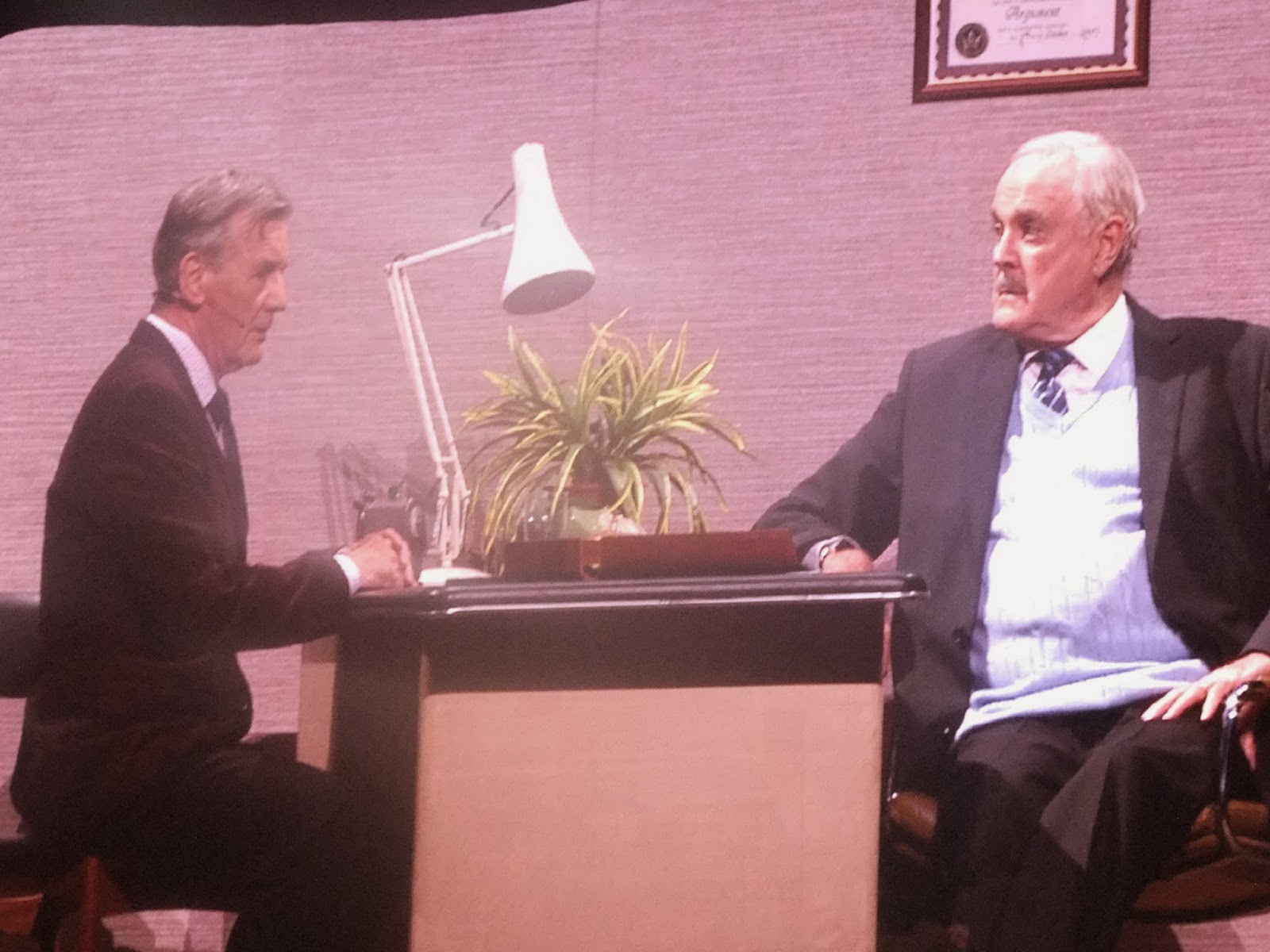 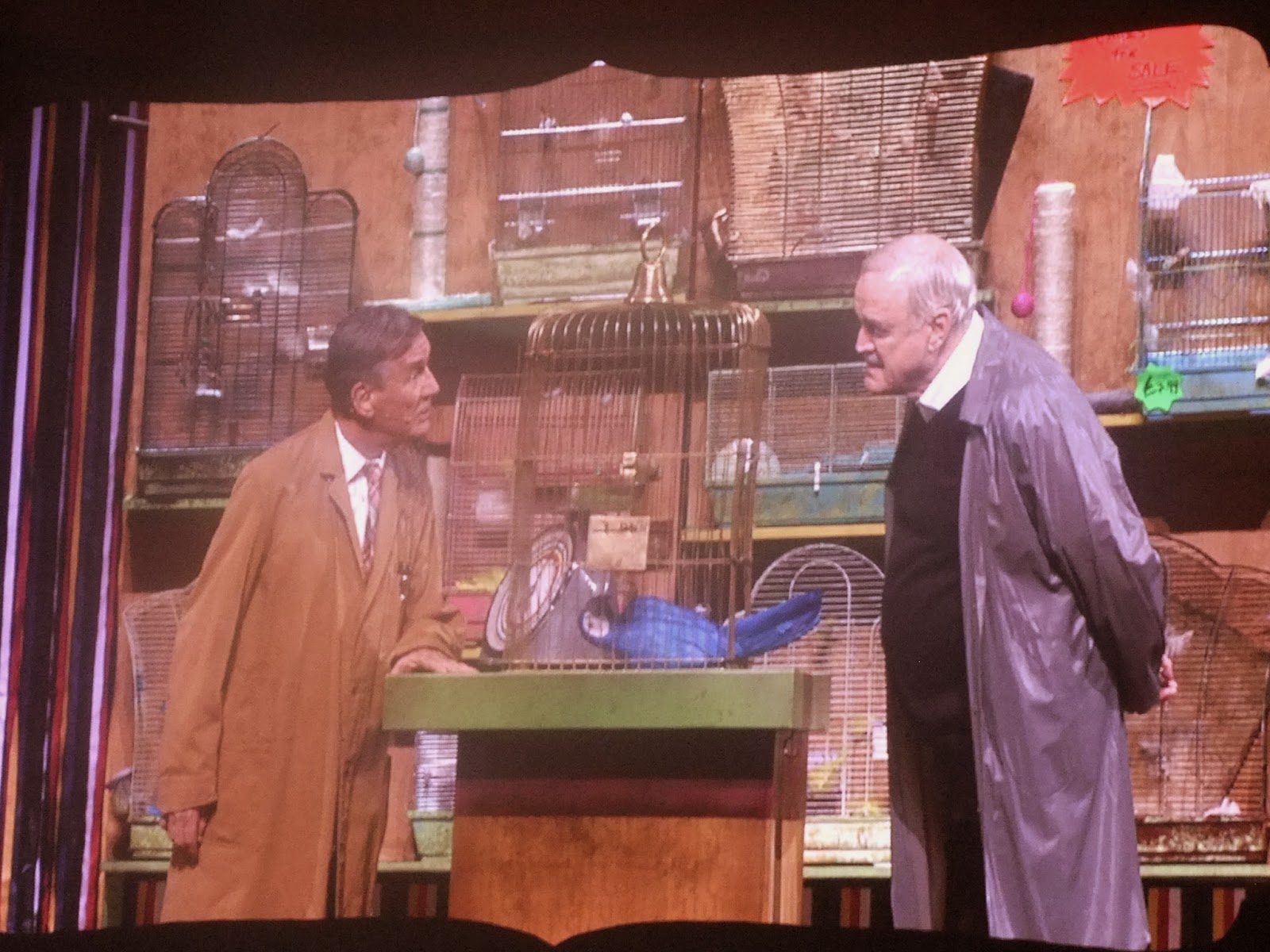 The last of the Pythons? Almost certainly. I was delighted to be there to share the farewell.
Posted by Sean Marsh at 03:05 No comments:

London's brand new Museum of Comedy can be found at The Undercroft, St George's Church, Bloomsbury Way (near the British Museum).
The museum offers a very friendly welcome and an extremely relaxed atmosphere. The main room is absolutely packed with comedy memorabilia stretching back many decades.

A side room - The Cooper Room - is dedicated to all things Tommy Cooper. A big screen replays scenes from his shows and there are many photographs and authentic props to be seen.

Back in the main room, there's a large amount of printed matter, including scripts from Goon shows and  several folders crammed full of Hancockiana, such as the comic strips from Film Fun. One can pull up a chair and spend hours just reading through the contents of the museum's library.
A special display celebrates the life and times of Max Miller, the finest stand up comedian the world has ever seen.
It's essential to look in every corner of the museum as no space is wasted and there are some fine items tucked away. Other artifacts are harder to miss, such as this beauty.
The Museum of Comedy fills a significant gap. It is set to expand as more items are added to the collection (donations are welcome!).
There's a lot to see and I'll certainly be back for more in the near future.

Planning a visit? Head for the museum's website for further details.
Posted by Sean Marsh at 12:34 No comments:

The Centenary of the First World War seemed as good a time as any to see War Horse, which has been on my list of things to do for a number of years.
The basic premise of the play is well known; set during the First World War, with men and horses  caught up in a tale of universal suffering. This is by no means a stereotypical story of good against evil and it is not afraid to portray the suffering and misery ''from the other side of the trench''.

The horses are, famously, puppets, realised in such a way that the required suspension of disbelief takes no special effort.

Without spoiling the story for those who have yet to see the play, it is enough to say War Horse thoroughly deserves its tremendous reputation (it's far more than merely ''Lassie with horses'' as someone once described it to me) Just don't get too attached to any of the characters, human or otherwise.

For further information, head for the official War Horse website. 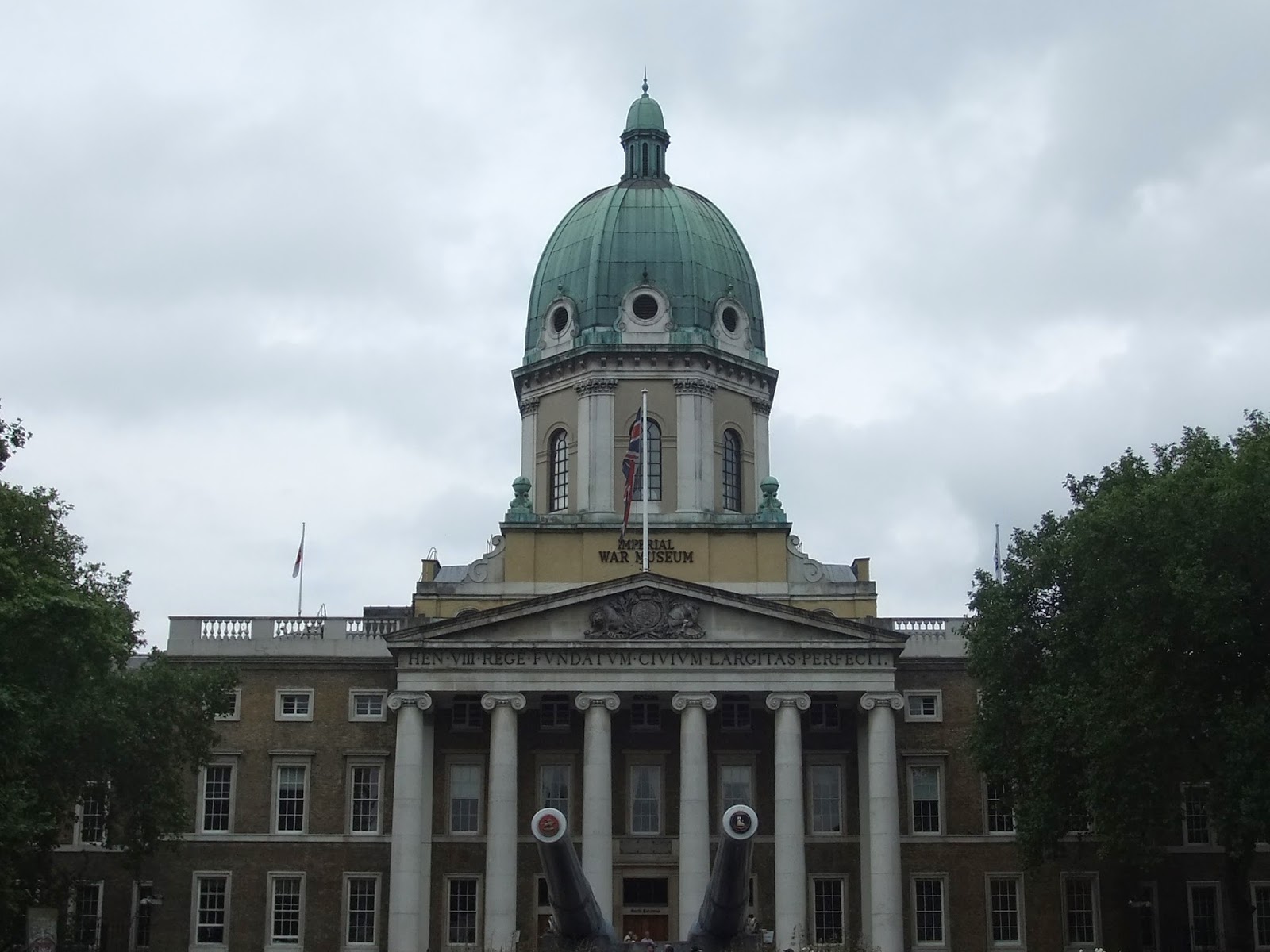 The galleries are well worth a visit. Entry is free. I got there early and was in the first bunch of visitors but there was a queue for subsequent sessions (but it's worth the wait).

There are plenty of artifacts, lots of detailed visitor notes and even a recreation of a trench, complete with authentic machine gun noise and other sounds.

To round off the WW1 part of my London trip, I called in at the British Library to see their Enduring War: Grief, Grit and Humour exhibition.

It's a relatively small exhibition (and another free one) but is definitely worthy of attention. The propaganda aspect (based largely on guilt) is particularly striking, as these sample posters demonstrate.
All very interesting stuff.

My next museum trip, which will be highlighted tomorrow, was an altogether different experience...
Posted by Sean Marsh at 13:52 No comments:


''If you want a picture of the future, imagine a boot stamping on a human face—for ever.''

A reading group, studying the text of Winston Smith's book, tries to determine the truth of the story. At certain moments, Winston is seen to bleed into their time zone and/or consciousness (and vice versa). Such a breaking of the fourth wall - from the internal narrative point of view - is taken a stage further later on, as Winston pleads with the real audience to help him as he is forced to confront his greatest fear - ravenous rats! - in Room 101.

Such a challenging of the perceptions of both characters and audience is a recurring theme throughout the play (which lasts, incidentally, 101 minutes - without an interval). Scenes are replayed, but with key differences; characters formerly present have been erased from history and narrative simultaneously. Flickering lights and obscure noises frequently distract the audience, who look again to find characters have somehow appeared on stage, literally in the blink of an eye.

We are left to try and distinguish between a number of different realities. What is real? What has been censored by an unseen hand? Can any of Winston's own story be trusted or is it all in his mind?

Some of the action on the stage is enhanced by large screens set against the backdrop, showing, for example, a close up of Winston writing things down and crossing them out in fear. The performance are all very strong but I particularly enjoyed Tim Dutton's portrayal of O'Brien, a study in composed menace (he would make a great No. 2 in The Prisoner).

The story of 1984 become more relevant as time goes by. Despite the warnings, we willingly rush headlong into our own compromised futures with every online click. Big Brother still needs you, but he doesn't need to work anywhere near as hard as he used to.

This version of 1984 simply demands attention. It is creative, thought provoking and extremely challenging. It's touring later in the year; keep an eye on the official website for further details.
Posted by Sean Marsh at 12:58 No comments:

Our CSC juniors enjoy playing in the UK Chess Challenge.

The top scorers from the internal school events qualify for the Megafinals. A score of four or more points from six games earns qualification to the Gigafinal.

The results of the Delancy Northern Gigafinal are now available.

Saturday results (up to the Under-10 section).

The top scorers at the Gigafinals have qualified for the Terrafinal (and Terrafinal Plate competition), details of which can be found here.

Full details about the UK Chess Challenge can be found here.
Posted by Sean Marsh at 23:20 No comments: