My very good friend and CSC colleague David Hardy recently wrote a chess book and I have just posted a review here.
Posted by Sean Marsh at 22:42 No comments: 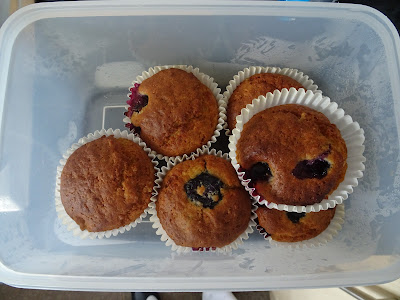 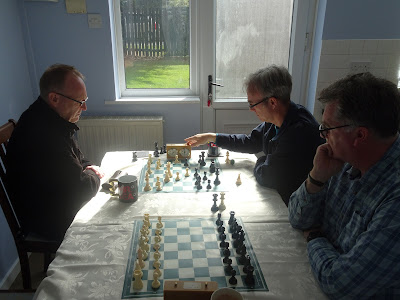 Tomorrow brings the 8th Mike Closs Memorial Tournament, which is set to feature a small yet competitive group of players who will play 12 rounds of 5-minute chess games in memory of my great friend.

I have written about Mike many times here at Marsh Towers, as a judicious use of the search box will definitely reveal.

We first played each other at chess while still at our respective schools and went on to become very close friends and club mates at Guisborough, Redcar and Elmwood. Playing side-by-side for our teams we enjoyed a remarkable run of success at Guisborough (winning the league title for the first time in 50 years) and Elmwood (regularly winning the league and the Tom Wise KO Cup). We tended to win the same individual honours too, such as the Cleveland Championship, the Northern Counties Chess Union Championship, the Redcar Congress and the championships of our three mutual clubs.

We helped each other prepare for key games and were in touch with each other virtually every day from just after leaving school all the way until the terrible news came through of his extremely untimely death.

We played each other many times too, in the Cleveland Championship, the championships of the three aforementioned clubs, an assortment of tournaments and even when we played for different teams. Our games were usually full of fighting, creative chess as we constantly tried to get the better of each other. Despite working together so closely, we always had different styles and different openings.

Our friendly rivalry provided plenty of inspiration for both of us as we made our way up to the top of the local grading lists and, playing together, offered a difficult and challenging match for all-comers.

Things have never been the same since that fateful day back in 2010.

We still meet and play chess...but now it is only in my vivid dreams. For an indeterminate amount of time we are back as we were: playing, analysing, talking. Always semi-aware I am caught in a dream, I feel reluctant to wake up and break the spell created by our moves and games.

Once a year I organise a tournament in his honour. I feel sure he would have approved of the event.

2010 sometimes feels like five minutes ago but are already up to the eighth tournament in the series.

Reports on the previous events can be found by clicking on each of the following links:

Tomorrow's tournament promises to be as exciting as the others. A full report will follow here in due course.
Posted by Sean Marsh at 10:40 No comments: