Patty Griffin At The Glee Club 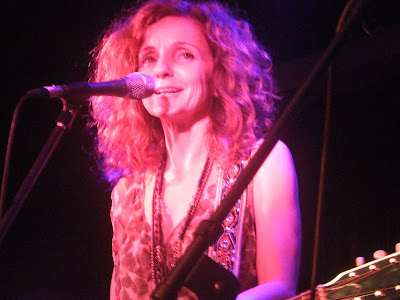 Patty Griffin has long been one of my favourite singer/songwriters. I saw her back in 2010 when she was part of the Band of Joy and have waited a long time to see her present a full show of her own material.
Imagine my delight when I heard she was coming to The Sage...and then imagine my frustration when I found out it clashed with one of my trips to London.

Fortunately, two subsequent tour dates where available to me and I quickly booked tickets, trains and hotels for Birmingham and London. 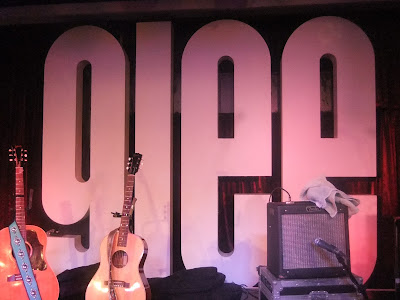 First up - the Glee Club, Birmingham. Five minutes walk from my Travelodge and surrounded by enough eateries to sink a catering battleship. The club has a very intimate atmosphere and friendly staff. I as particularly impressed by the concise pre-show announcement, politely detailing the rules of the venue (photos allowed but please refrain from talking and leaving the room while the show is in progress. If only more venues did this! The ever-growing problem of people chatting away and nipping out every time they encounter a song they don't recognise would become annoyances of the past).

The seats in the Glee Club are unreserved. From the restaurant, one could observe a queue forming about an hour before the official door time. It prompted me to finish an excellent sea bream sooner rather than later but being able to secure front row seats made it worthwhile. 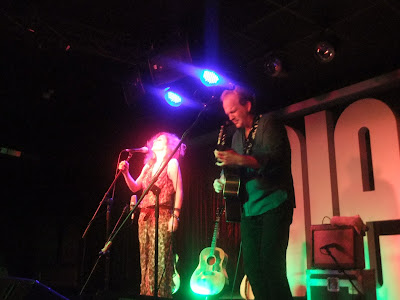 As expected, it was an evening well worth waiting for. The first song was Waiting For My Child from ''Downtown Church'', an album which would be returned to a couple more times during the show. It showcased not only Patty's remarkable voice but also the  guitar virtuosity of David Pulkingham. David's playing (and occasional harmony vocals) augmented the songs perfectly; powerful yet sympathetic, at times loud yet delicate. 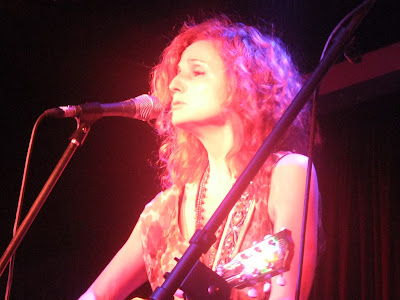 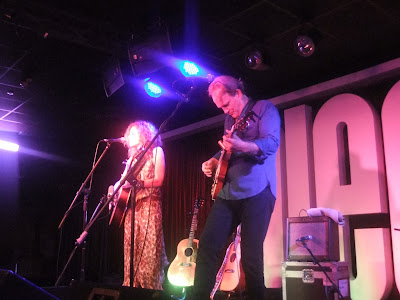 The set list naturally drew heavily from the source of ''American Kid'', the album released just a couple of months ago. Seven of the ''American Kid'' songs were included here, mainly written at the time ''when my Dad was getting ready to leave this planet'' and covering the various aspects of his life, from the D-Day landings to a spell as a monk and then as a teacher.  There was still room to showcase some of the many highlights from her other albums, including one or two surprises (such as a reworked Flaming Red and Trapeze). 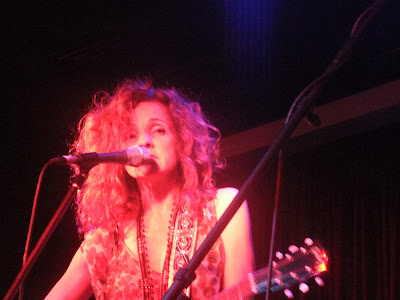 It was a very warm evening. ''We're Texans and even we think it's hot'' quipped Patty, who also mentioned on more than one occasion that she was feeling nervous (apparently because she had friends in the audience). However, although nerves were certainly not apparent from the outside looking in, they were probably the reason for a couple of unscheduled changes to the set list. 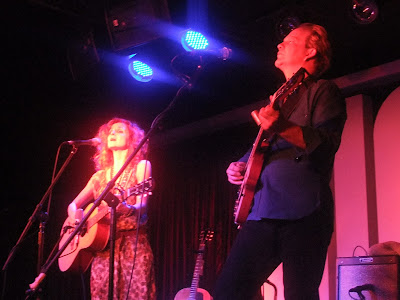 Little stories revealing the motivation often preceded the songs. For example, No Bad News was written at a time when Patty ''was not thrilled with either my President or the man in my life. I don't have those problems anymore - I like everybody!'' 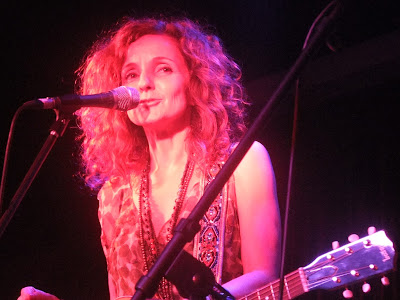 The duo returned almost immediately for the encore, with the words ''we didn't really want to go anyway...!''

Get Ready Marie
Top Of The World 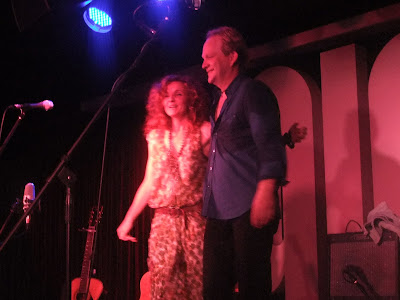 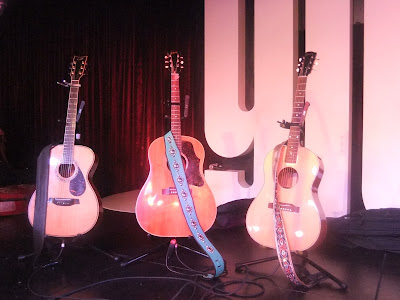 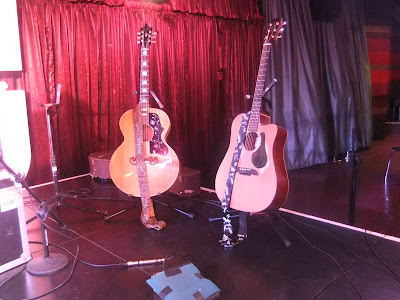 And then suddenly it was all over, with just the guitars left on stage. But the next morning I boarded a train to London to do it all again...
Posted by Sean Marsh at 12:57