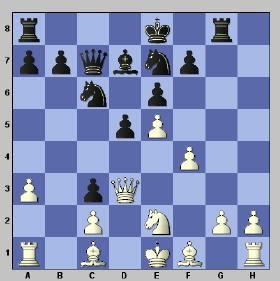 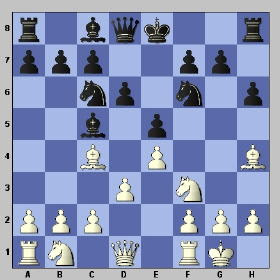 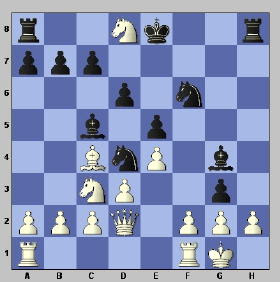 Dear Readers,
The new chess season is now upon us and in addition to the usual events there are several new ones to enjoy.

The first of these is the SME Match Championship, featuring eight strong local players. The first round sees the players contest two-game mini-matches, followed by four-game matches in round two and then a final of six games.
Playing a match, rather than a one-off championship or league game, opens up new possibilities and dimensions as regards preparation, timely draw offers and several other competitive aspects.
The first round games were all played at the same time and this added extra interest.
All four games were hard fought and contained much of interest.
Norman Stephenson won nicely on the Black side of a Trompowsky – against 2 Bg5’s biggest local PR man! 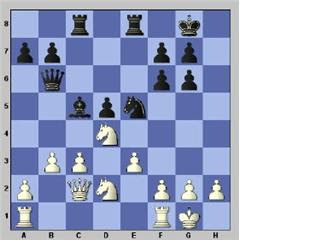 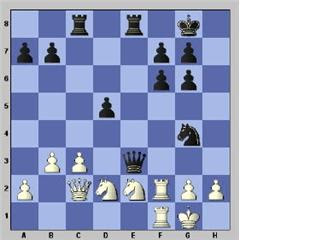 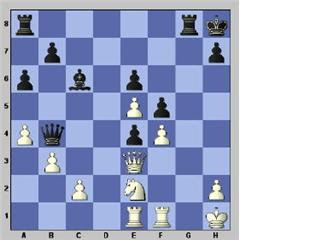 There has been a game-long dispute over the d4-square. White finally gets a Knight back on there…
27 Nd4 …but this move runs into a shocking refutation 27 …Qxd4 0-1 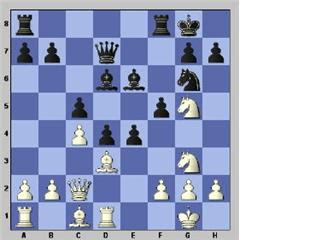 Black looked set to strike again in this game…

Mike Closs – Ian Elcoate
Black had earlier given up a piece for two pawns – but what pawns! Mike shortly felt obliged to return the Knight to shatter the fearsome pawn roller.
The position at the time-control was still in the balance… 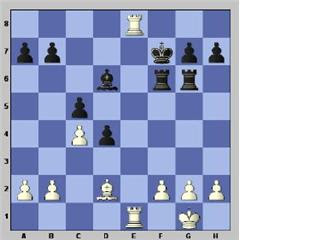 …but Ian rather took his eye off the ball and didn’t counter Mike’s raid on the Queenside in the correct manner, allowing the latter a winning advantage (1-0, 57)Ian has put his game online so that you can play through it click the link below:

Only one game was drawn, but it featured some tricky and intriguing chess. 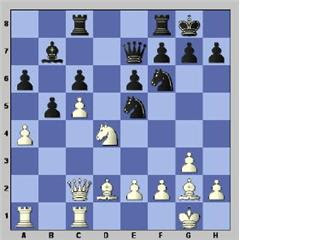 David Baillie – David Wise
White had sacrificed a pawn in the opening for positional pressure. Black seems to be doing well now though. According to the players, White should now try 17 axb5 axb5 18 Ra7 with decent play for the pawn. However, David B. thought that the best way to deal with the Knight heading for the c4 outpost was to prepare to remove it as soon as it lands. 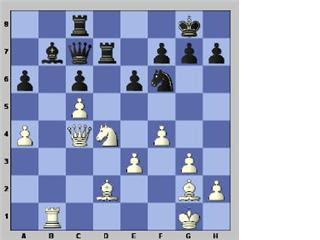 A few moves later it became clear that White enjoys compensation, not only on the board, but on the clock as well.
Here, Black offered a draw - which was accepted.

There is still all to play for as the vanquished have a chance to even up the score in game 2.

Here are a few photos from a very enjoyable evening. 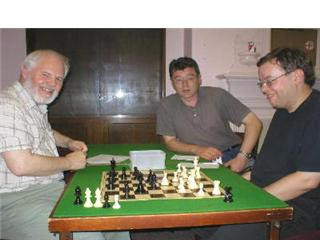 All smiles during the post-game analysis. L-R Norman, Dave and John 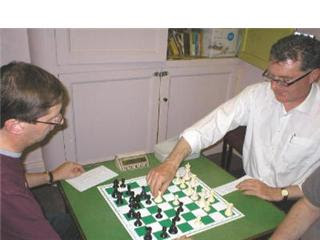 David Wise and David Baillie look for the truth: Does White have enough for the pawn? 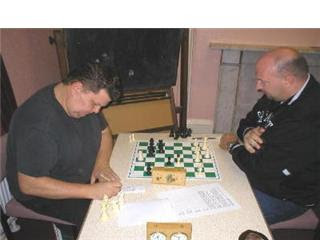 Just after the time-control in the last game to finish. Ian writes as Mike contemplates a raid on the Queenside pawns.