Clock Simul!
In a brand-new chess venture, Mike Closs and I offered our services for a simultaneous display, using clocks, under strict match conditions.
The majority of simuls are much more casual affairs but clock simuls offer other advantages (and, for the players, other disadvantages!).
We were very grateful to Billingham Synthonia for taking up the offer and there was enough interest to hold two clock simuls, featuring four players in each one.
Mike lined up against Messrs Rattue, Skillcorn, Greenwood and Edwards and I was up against Mike Creaney, Brian Whitaker, Joe Richardson and Frank Brown.
Just as in a regular simul, the initial moves come quickly from both sides of the board. Then the differences start to become apparent. The simul-giver has to keep a careful eye on the clocks, just as in a regular tournament game. The simul-taker can have extended thinks at key moments of the game and doesn’t have to move as soon as desired.
The concentration levels of all concerned are required to be greater than for a regular simul too. Playing games against raw juniors is one thing but one conspicuous error against hardened club players, with plenty of time on the clock to perfect a refutation, can be disastrous.
Mike’s sharp opening repertoire makes him an ideal choice for a simultaneous event and he quickly built up impressive attacks with his two Whites.
Against Keith Rattue, Mike smashed his way through to victory with a couple of rampant Knights and a Rook-lift: 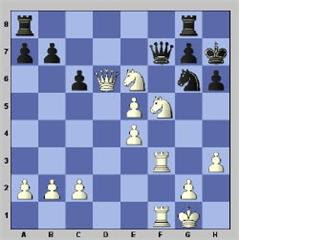 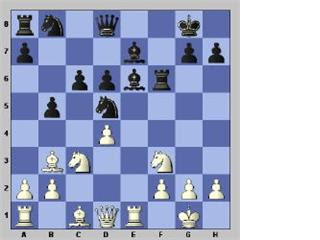 13 Rxe6! Rxe6 14 Nxd5 cxd5 15 Bxd5 and White gets the material back with interest. He concluded the game with another tactical shot. 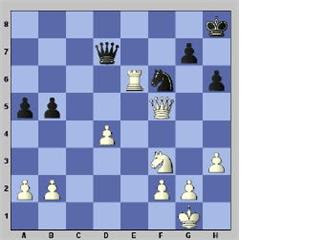 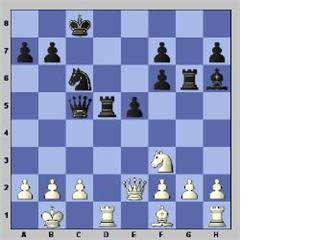 White is not doing badly at all here, and should either exchange Rooks on d5 or play 16 Nh4!? However, the chosen move was a mistake.

16 Nd2? Qd6! and the pin on the Knight won material (and eventually the game).

Vince Skillcorn provided the Mighty Mish was the toughest challenge. 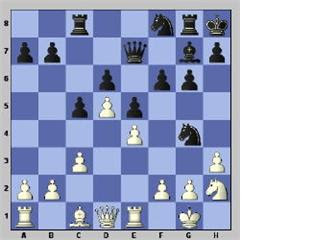 Here, Vince has a choice of recaptures. Possibly the least obvious, 19 hxg4!? was the best try, aimed at holding back Black’s natural …f5 pawn break. He played 19 Nxg4 instead whereupon Mike broke out with 19 …f5 20 exf5 gxf5 and the pawns were ready to roll forward.
The game concluded with a typical thrust by one of the marching pawns… 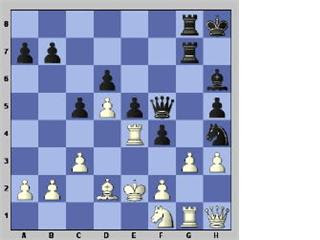 Tactical strokes decide the majority of simultaneous games. Against Frank Brown, the Black pieces had taken up menacing posts and the position was ripe for the denouement… 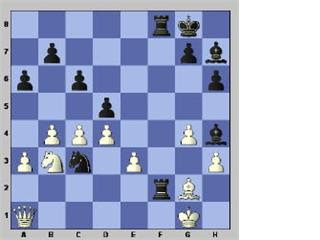 Mate was also the theme at the conclusion of my game with Joe Richardson. 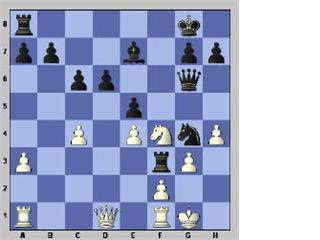 My game with Mike Creaney had developed along one of the typical lines of the Tarrasch Defence to the Queen’s Gambit. White has been aiming as many of his pieces as possible at the isolated Queen’s pawn and Black has been enjoying the scope granted to his active pieces in return. 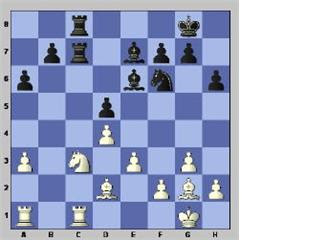 In this position, White is a shade worse but things fell apart completely after 24 a4?? when 24…Bb4 wins substantial material. So….0-1

The final game to finish was the best - and closest - of the evening.

There were lots of key moments in my battle with Brian Whitaker.
Alekhine’s Defence did its duty; tempting the White centre forward and then exploiting a weakness to win a pawn… 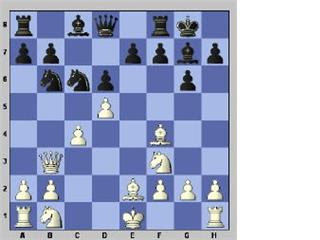 I missed a chance to substantially increase the advantage in the next position. 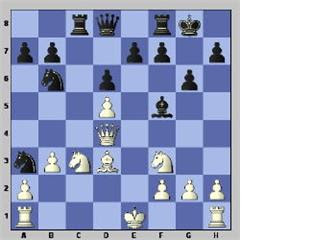 Things became tricky after that, as Brian took the opportunity to centralise his Queen and two Knights, granting him serious play against the weakened Black King. After some very interesting complications, the Queens were exchanged and we reached an ending with Rook and five pawns against two Knights and three pawns. For one move, White had the chance to round up the passed pawn… 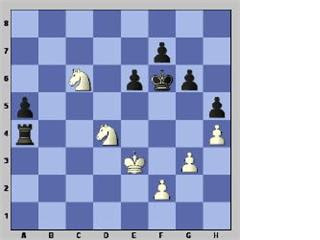 The passed pawn eventually inched forward and we reached the final key position. 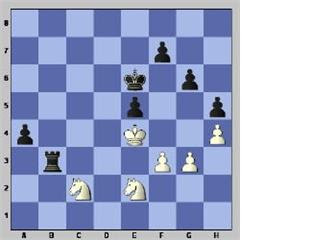 It was a memorable evening and one, which Mike and I are both hoping to repeat in the near future. Thank you Billingham Synthonia, you were great hosts! 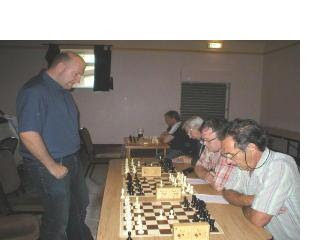 Full concentration as the Mighty Mish starts his games 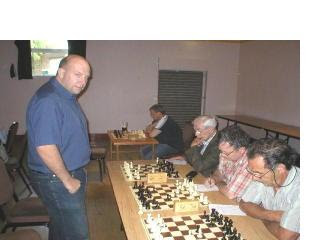 Would you accept a Knight sacrifice from this man? 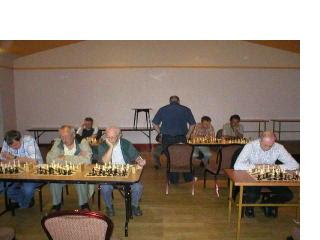 The simuls in full swing 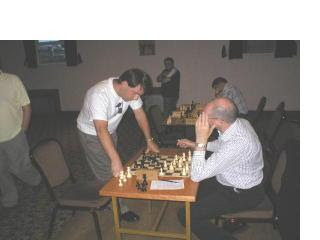 Snapped at the very moment ...Bb4 arrived on the board 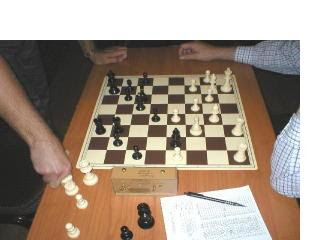 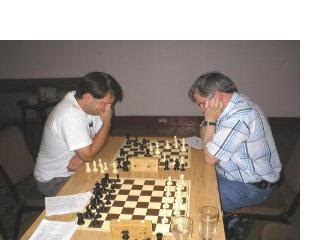