The six game final was contested between Matt Jackman and myself.

I seem to have spent most of the last couple of months playing Matt at chess. We met in the semi-final of the KO Championship and also in the decisive game of the Celebratory Tournament.

Our Rapidplay Final was played at the rate of two games per session. Every game was very tough and featured uncompromising chess from start to finish.

Game 1: I won the exchange but at the cost of letting Matt's knights run rampant over my position. In mutual time trouble Matt won my queen - and the game.

Game 2: An early win of a pawn gave me the advantage which I carried to the endgame, giving me a victory to equalise the match.

Game 3: A tactic netted me a pawn and another followed, leading to a winning endgame.

Game 4: Early aggression from Matt didn't have the desired effect and I managed to go 3-1 ahead.

Game 5: Matt fell under pressure in a heavy piece ending. I swapped my queen for his two rooks and this eventually secured the victory.

Game 6: Matt smashed me up with a fine attack.

I felt the power of Matts plans and moves throughout the match (and in the other two tournament games we played). I stand by my earlier prediction that he will become Teesside's No. 1 player if he keeps working hard and improving.

Meanwhile, the index of reports for the Project 30: Chess for Life event can be found here.
Posted by Sean Marsh at 23:21 No comments:

Project 30 has given me a whole year of highlights but yesterday's event, which brought GM Matthew Sadler and WIM Natasha Regan to Yarm School, will be hard to top.

There were lectures, practical exercises, a massive 32-board tandem simul and a book signing for the duo's famous Chess for Life (winner of the ECF Book of the Year in 2016). 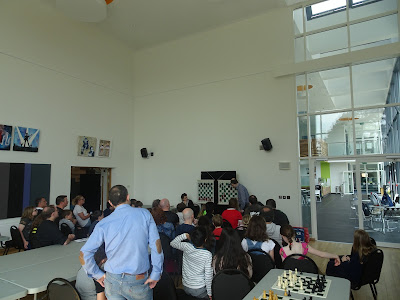 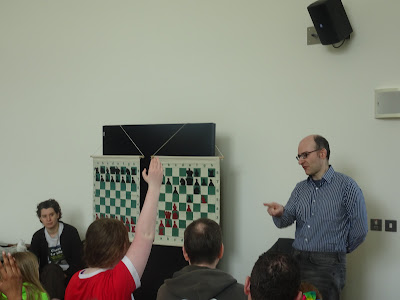 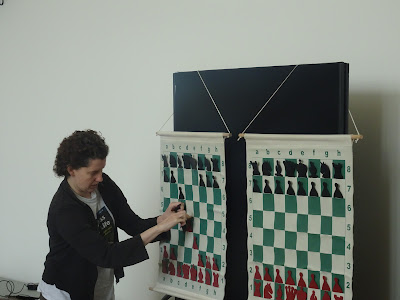 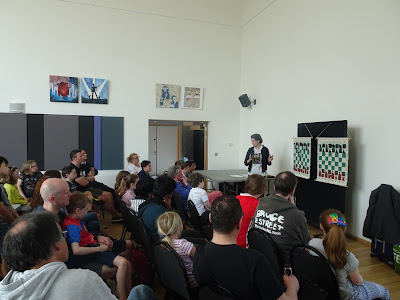 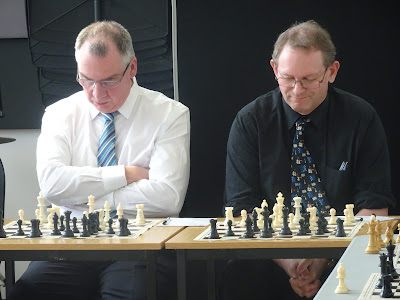 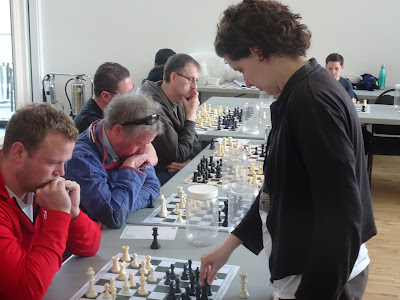 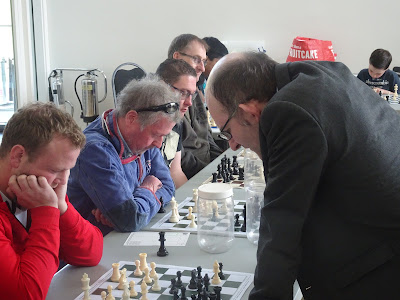 Matthew Jackman had great chances to win his game before an ambitious sacrifice allowed his illustrious opponents to turn the tables.

In fact the stars went on to win all of their games - a fine achievement in any simultaneous display!

What a day! Many thanks to Natasha and Matthew for travelling all the way to Teesside to put on such an inspirational show and to everyone who supported the event. Special thanks to Mike Pointon of Yarm School, who helped me on every step of the way.

There is another report and more photos here, with more to follow over the next couple of days.
Posted by Sean Marsh at 01:59 No comments:

During my recent Edinburgh expedition I made a number of new friends, including Dennis Anderson.

Dennis told me of his visit to the Marshall Chess Club in New York. The club is named after Frank James Marshall, a former World Championship challenger and a player noted for his ambitious, lively style.

Dennis was the proud owner of a Marshall Chess Club hat but somehow it was lost as he traveled by train from Weymouth to Bath. The train may well have had a good clean out at Bristol.

Dennis would love to be reunited with his hat (unfortunately such hats are no longer available from the Marshall Chess Club), so if anyone has it or knows where it may be then please get in touch.

A reward is available!
Posted by Sean Marsh at 22:09 No comments: