Simpsons in the Strand, the venue we know mainly for the Staunton Memorial tournament, recently played host to a number of book signings. These were part of a series of literary lunches organised by The Oldie magazine.

I was fortunate to be able to pop along on consecutive Tuesdays during my London trip. 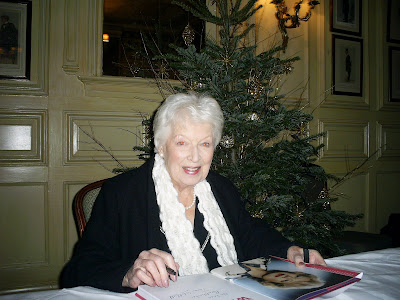 June Whitfield
Signing At A Glance: An Absolutely Fabulous Life
Watch out for her on Doctor Who this week! 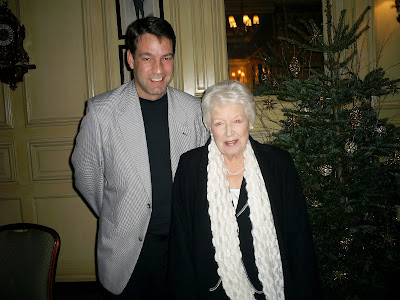 I asked her which of her many roles and shows she felt were her favourites and she replied:

'I always say the one I’m doing at the minute!'

I wondered if she was looking forward to seeing herself in Doctor Who. 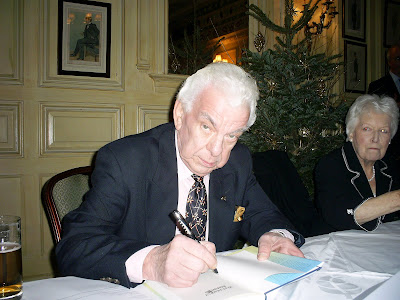 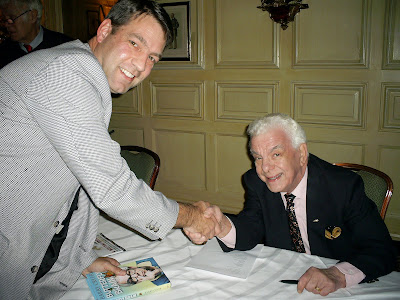 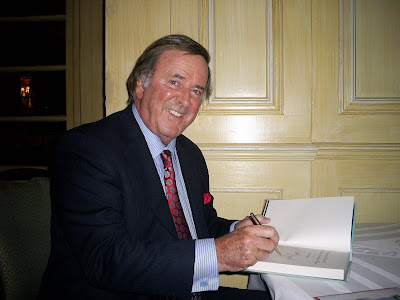 Signing copies of Where Was I?!
He was also kind enough to write out a Christmas card for my Mother! 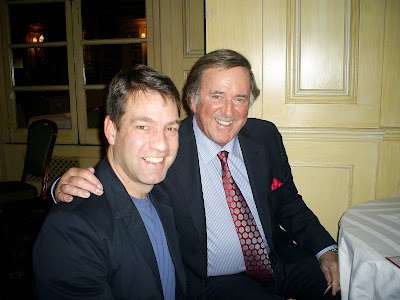 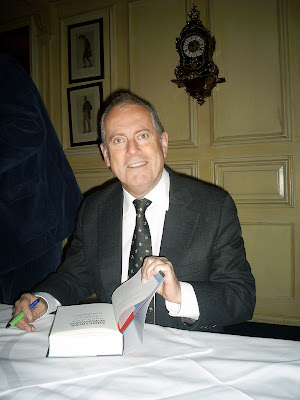 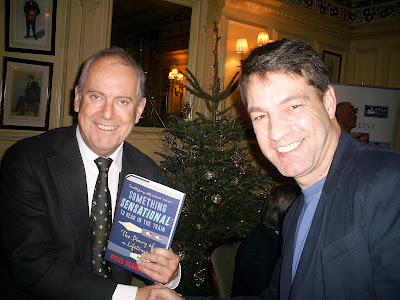 'I want to be photographed with you!'

I had a brief converation with Gyles, which went something like this....

SM: 'How many more are in the pipeline?'

SM: 'So that will probably take about a year then…?'

SM: 'Do you have some sort of master plan outlined for the series?'

GB: 'Yes, I do…but I keep postponing the sort of difficult ones.'

SM: 'Have you been tempted to write any biographical material on the likes of Oscar Wilde and Conan Doyle?'

GB: 'Yes…I have, but I’ve decided other people are doing that, so I’m going to stick to this.'

I asked if it was ok to take a couple of photos and he was enthusiastic.