The highlight of round three was David Howell's remarkable defence of what looked certain to be a lost ending against tournament leader Magnus Carlsen.

With Rook and Knight against two Rooks and in serious time trouble, Howell seemed to be fighting a lost cause but the Knight - combined with the British Champion's remarkable powers of concentration and determination - managed to cause enough technical problems to hold the draw.

Although Carlsen will clearly feel he should have won, the draw keeps the tournament alive. With three points for a win, starting with three straight victories would have given the World No.1 an almost unbeatable advantage.

Meanwhile, Kramnik played very powerfully to win his second game of the event. His Black Knights sealed the fate of McShane's King.

Nakamura and Short drew (another Rook ending) and Adams played the Marshall Attack against Ni Hua. As so often in that opening, a sharp-looking position fizzled out into a draw.

Here's some photos from the second round... 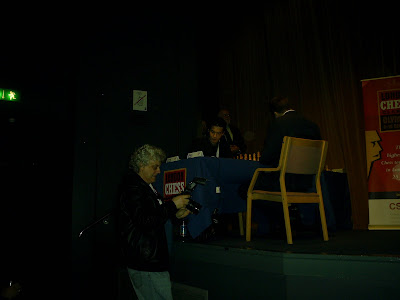 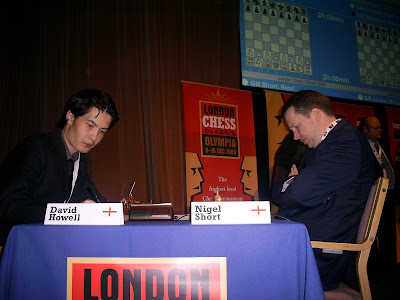 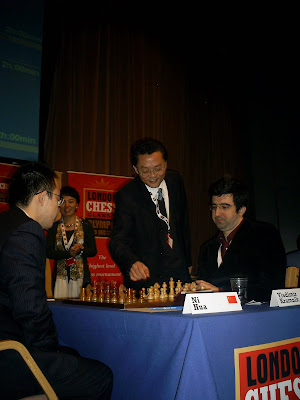 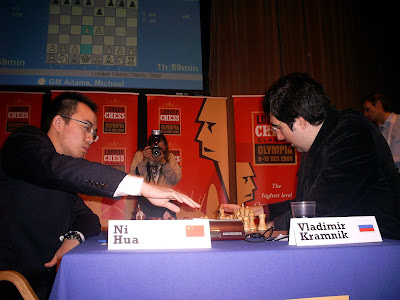 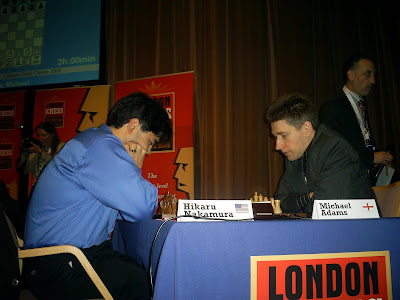 Deep concentration right from the start 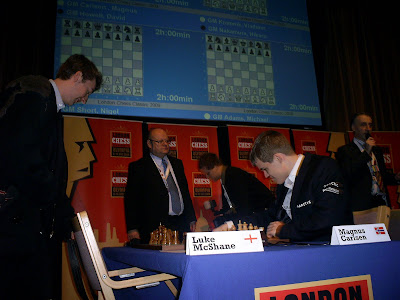 London-resident Luke is the last to arrive 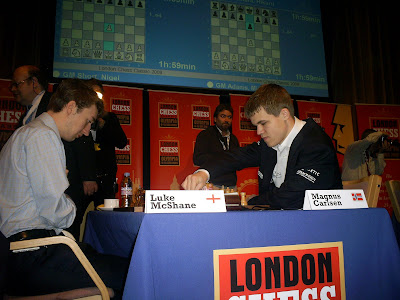 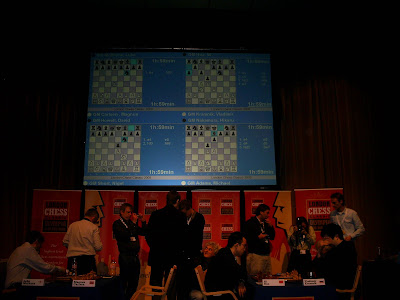 The press are allowed three minutes to snap away

Grandmaster Ray Keene OBE called in for round two. I was there to capture the historic moment when he signed copies of 'Kingpin', the famously anti-Keene chess magazine. Here are the world-exclusive snaps. 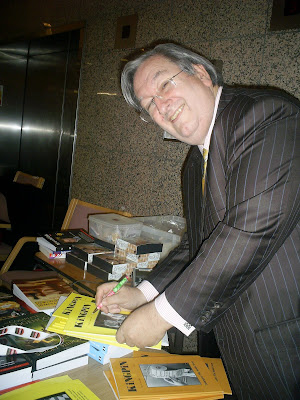 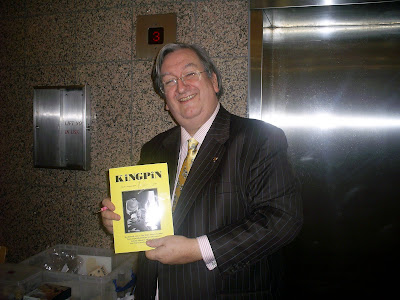 Here are links to my earlier ones:

http://www.londonchessclassic.com/
Posted by Sean Marsh at 02:10