Here's some photos from the first half of the chess festival. All photos in this post are here by kind permission of John Saunders. 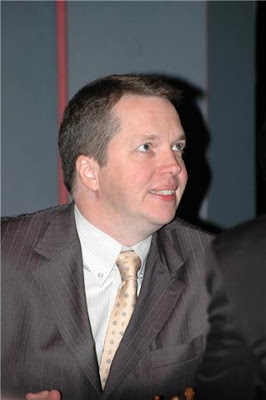 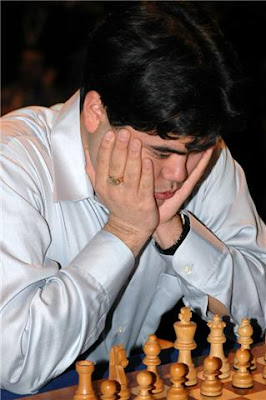 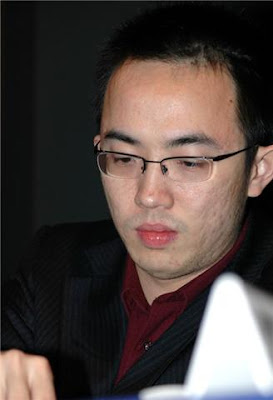 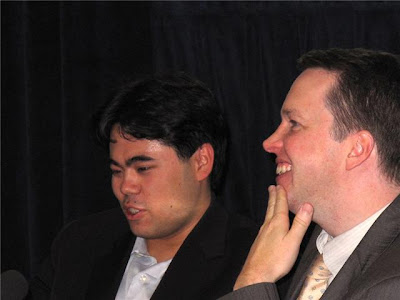 The players seem happy enough to have drawn their game 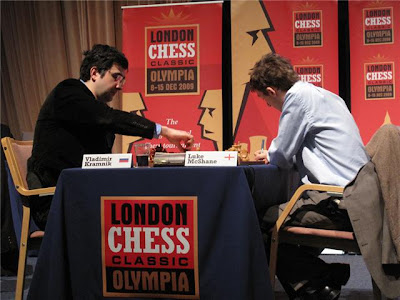 Vladimir Kramnik in a determined mood against Luke McShane 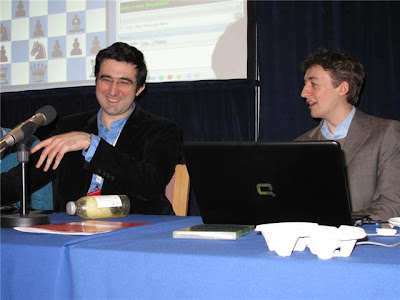 The former World Champion seems very happy to have won 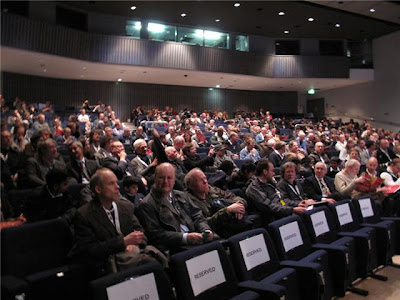 The audience watching the live games.
If you look very carefully you can see me! 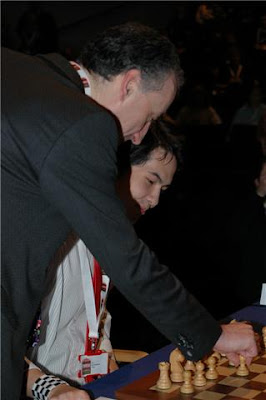 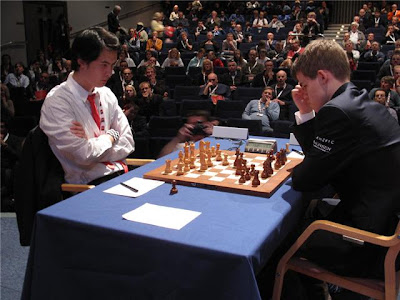 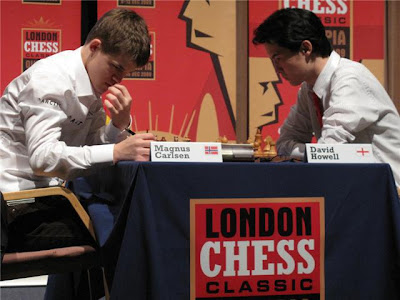 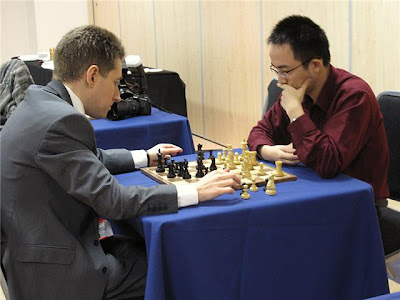 The next set of snaps was taken during the Women's Invitational tournament. 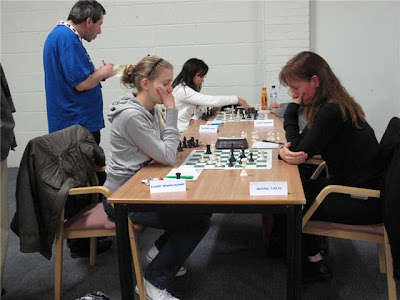 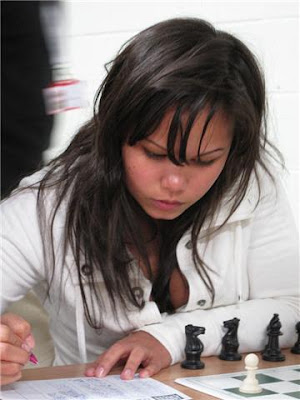 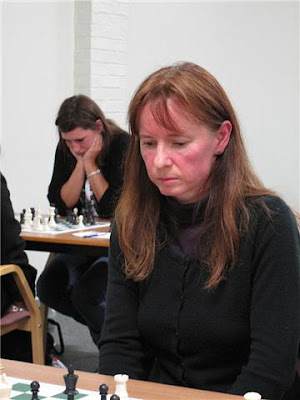 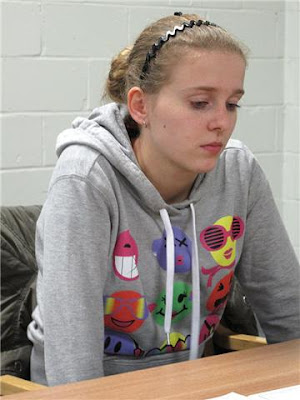 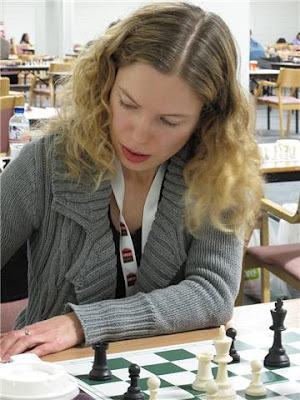 I've put a few different photos over on the Mongoose blog:
http://mongoosepress.com/Times/