The final round of the Chess Classic produced a feast of interesting chess and the final standings were in serious doubt until the last piece was taken. 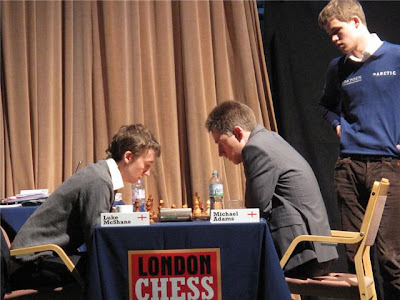 (All photos in this post - unless otherwise stated -
are by kind permission of John Saunders)
McShane - Adams
The final all-English clash was an entertaining affair in which Michael Adams navigated his way through considerable complications to overcome Luke McShane. Meanwhile David Howell continued his excellent London form with a win against Ni Hua. 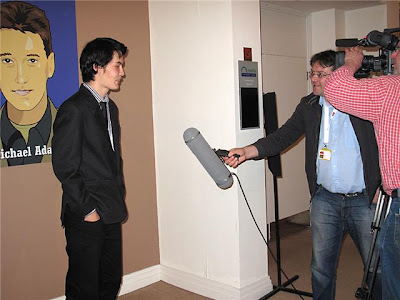 David Howell during a post-game interview
Kramnik must have fancied his chances against Nakamura but the American champion gave as good as he got. This exciting game was eventually drawn.

So Kramnik had gained a point and this brought him level at the top with Carlsen, who was still playing against Short. Indeed, Carlsen was almost magically outplaying his opponent with Queen and Knight aganst Queen and Bishop. 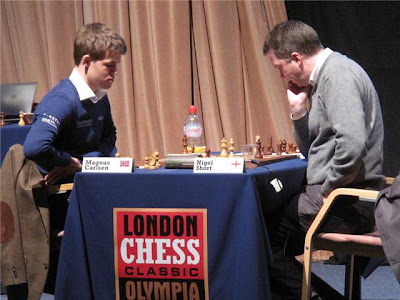 Carlsen v Short
However, Short, a former challenger for the world title, is a tough competitor and after a mistake by Carlsen the Englishman even seemed to gain the advantage in a Queen ending. Having led from the start, was Carlsen's tournament victory slipping away? N0 - the game ended with nothing left on the board apart from the Kings and the point gained secured his first place. 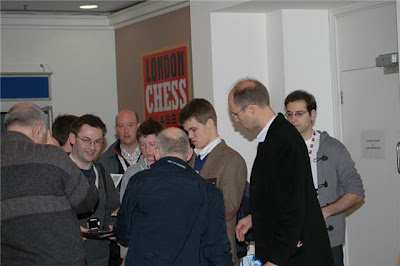 The champion is mobbed by autograph hunters 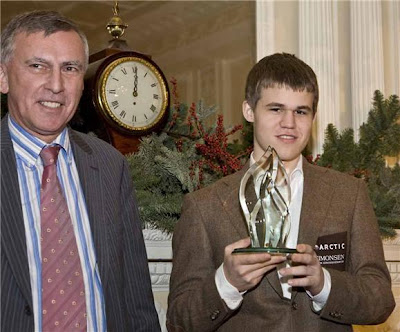 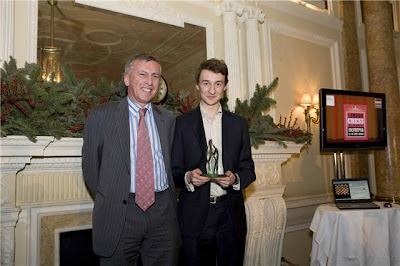 There is no doubt about it - the Chess Classic was a great success. More good news came at the end of the event when organiser Malcolm Pein announced that there would be another tournament in 2010 as part of a drive to bring the World Championship back to London for 2012.

Tune in to this blog again soon for more on my London experiences. There will be an update every day for the next eight days with photos, reports and memories from an extraordinary couple of weeks.
Posted by Sean Marsh at 00:55

You really must try and get there next year (as long as your flu has cleared by then!).

Meanwhile, keep an eye on CHESS Magazine for some major reports on the Classic - and new interviews!