Tonight we conclude our coverage of the Walled Garden Festival, held at Preston Park in Eaglescliffe.

Following the star turn by Bridie Jackson and The Arbour, Lilliput took to the stage. By now, the temperature had started to drop quite rapidly and the first signs of drizzle were making their damp presence felt. Lilliput's enthusiasm was not to be dampened. 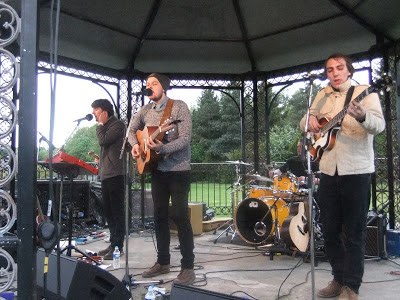 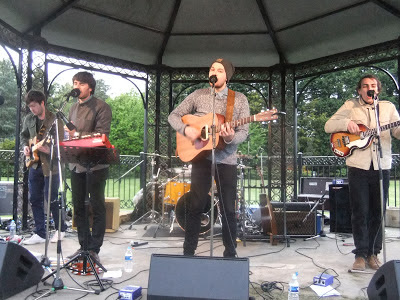 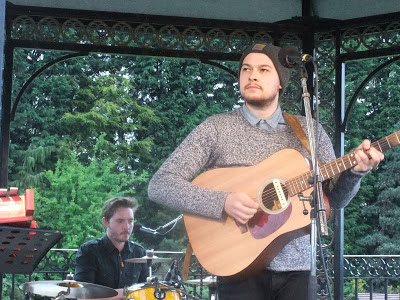 The finale to the festival was provided by Rob Heron and The Tea Pad Orchestra and despite the enveloping dusky drizzle they inspired most of the crowd to get up and dance. 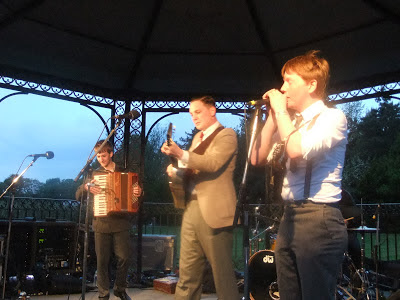 Their CD, Money Isn't Everything, was reviewed here back in December 2012. 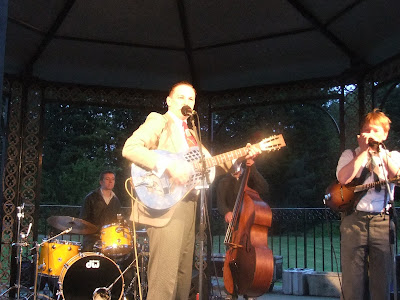 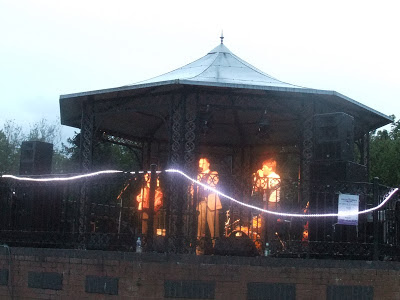 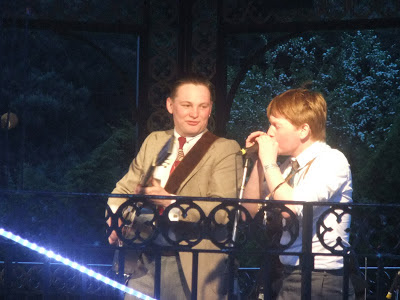 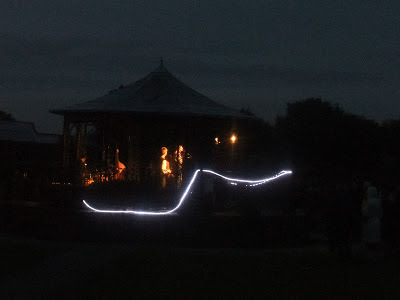 As the final vestiges of the sun boiled away for the night, so the festival drew to a close. It had been a notable and innovative success. Hopefully it can be established as an annual event.

Head to this page for more information on the Music in Museums project.
Posted by Sean Marsh at 14:06