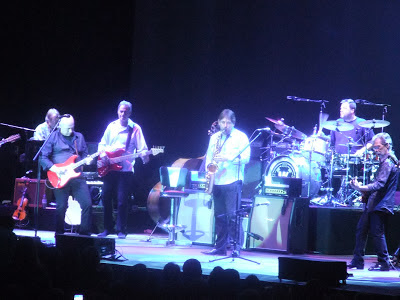 Musically, everything was exemplary. The band mastered an impressive array of instruments, from guitars and saxophones to fiddles, flutes and even a set of uilleann pipes. Mark Knopfler's guitar playing was, of course, fabulous. On the other hand, I found his voice to be disappointingly weak, rendering significant chunks of the lyrics to overwhelmed. 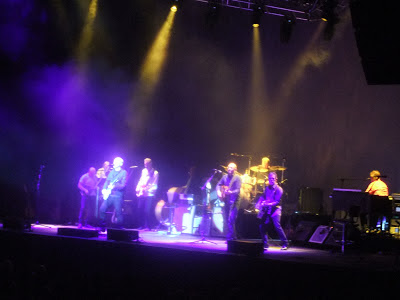 The crowd was one of the worst I've known for being eternally mobile. It seemed that no row in any block was immune to the problem of people getting up, mid-song, to head for the bar areas. Then they would disturb everybody again on the way back. It was quite common to see whole rows of people laving at the same time. This sort of thing needs addressing. 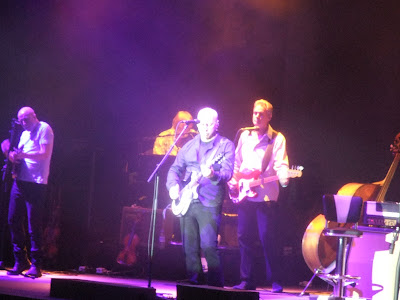 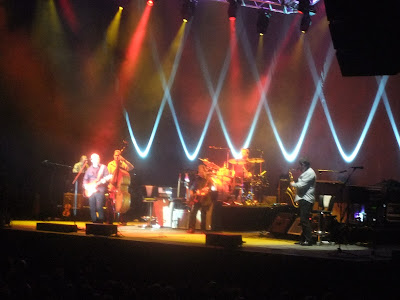 There was no support act but the band played for a full two hours. Dire Straits songs were kept to a minimum (Sultans Of Swing and Money For Nothing were notable absentees) and the 2012 Privateering album was well represented (five songs, I think). 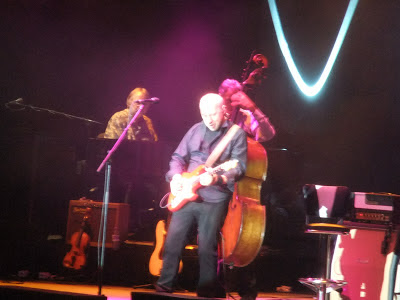 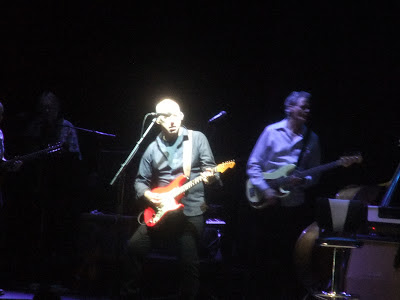 A good show, but it could have been better.

What Is It
Corned Beef City
Privateering
Father And Son
Hill Farmer's Blues
5.15 a.m.
Back To Tupelo
I Used To Could
Romeo And Juliet
Gator Blood
Haul Away
Postcards From Paraguay
Marbletown
Speedway To Nazareth
Telegraph Road

So Far Away
Going Home 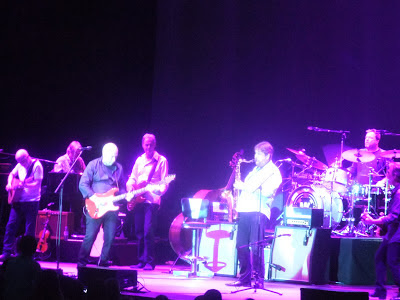 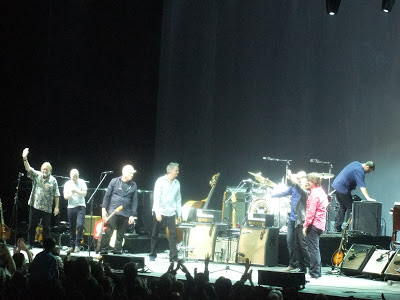