Emmylou Harris and Rodney Crowell At The Sage 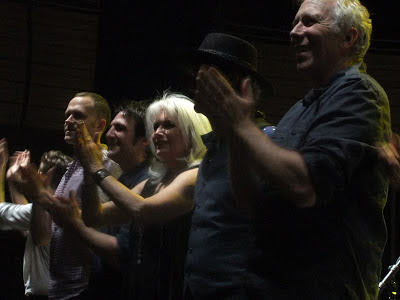 Emmylou Harris has long been one of my absolute favourites. This was the third time I'd had the opportunity to see her, having previously enjoyed shows at Newcastle's City Hall and Manchester's Bridgewater Hall. I once saw Rodney Crowell too, at The Sage back in 2009, in what remains one of the most moving shows I have ever seen.

So one can imagine the anticipation in the air when their combined tour was announced. Acting quickly, I fortunately managed to book front row tickets.

Unusually for The Sage, there was no support act. As Emmylou put it: ''We've got the whole evening; we are the opening act that you're watching right now!'' That was fine by us, as it meant extra time with our favourites. The first half of the show lasted just under one hour; the second ran for approximately 90 minutes, wrapping up around 10.45 p.m. (a late finish for The Sage).

One point of the tour was to promote and enjoy their recent album, Old Yellow Moon - a collaborative effort that should have been tackled years ago, as acknowledged by Emmylou. ''It took us 40 years to make the record that we have out now!''

Enjoying a shared history of 40 years meant they were somewhat spoiled for choice as far as a set list was concerned. We were treated to a dream package of some of the finest songs from their respective back catalogues plus the majority of Old Yellow Moon.

Eight of the 12 new songs from (Hanging Up My Heart to Black Caffeine on the set list) were played back to back during the second half of the show, with another one - the title track - following as first finale.

Despite a couple of mis-steps (I'm sure Emmylou's timing was slightly out during the initial part of Pancho and Lefty, and she had to read the words for Long Time Girl Gone By) this was a truly magical evening. Let's hope that they will continue to work together and return to the UK as soon as possible.

Highlights? Virtually everything, with special mentions going to Earthbound, Luxury Liner (great guitar by Jedd Hughes), Red Dirt Girl, Back When We Were Beautiful and Still Learning How To Fly.

Return Of The Grievous Angel
Wheels
Pancho And Lefty
Earthbound

''A trilogy of heartbreak songs''

A selection from Old Yellow Moon

Stars On The Water
One Of These Days 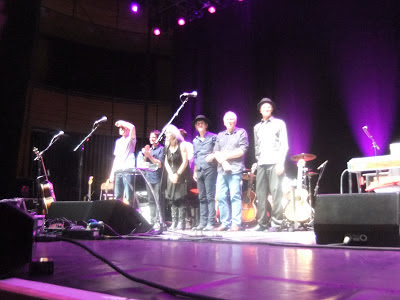