I like to keep the memory of him alive so to mark the day I present three more snippets from my archives.

First, an old photo from the Darlington and Stockton Times of 8 February 1986, as part of the publicity for the Redcar Chess Congress. How young we were! In those days we were reasonably happy to finish with 2.5/5 or 3/5. Both Mike and I would eventually go on to win the Open section a few more years down the line. 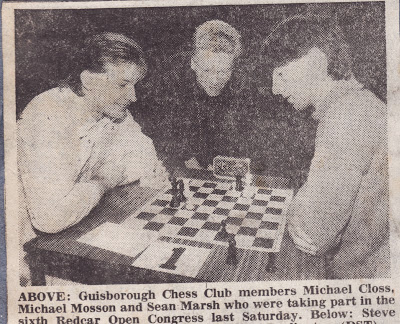 Mike loved winning tournaments. The one he held most dear was the Cleveland Individual Championship. He held the title when he died. The first time he won it was back in 1992, as I reported at the time in the Teesside Herald and Post. 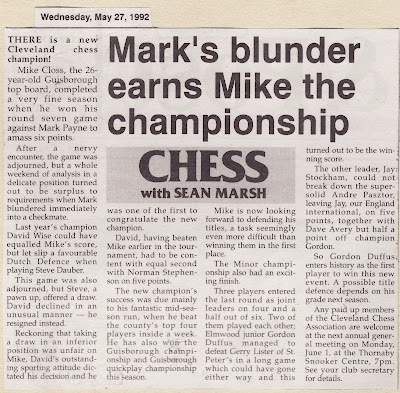 I was occasionally successful in trying to get Mike to write something for our Guisborough club magazine. Here's a puzzle page from an issue released at the end of the 1986-7 season. The format may look dated, but we used to use a manual typewriter and peel-and-stick pieces on blank, gummed diagrams in those days! 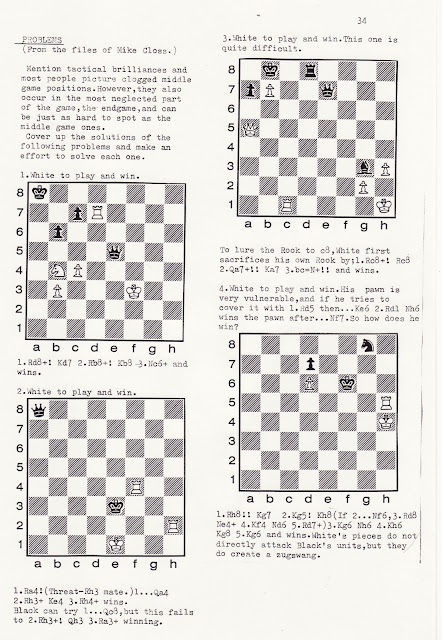 For other articles about Mike, simply put his name into this blog's search box.