The Who at Wembley Stadium

The Who’s 2019 tour concluded with an explosive finale at Wembley Stadium, featuring a whole host of impressive support acts.

The entertainment started at 3.40 p.m. and was virtually non-stop until 10.30 p.m., when The Who hit their last note on the very dot of the curfew time.

I had seen them twice before - for the gigs featuring Quadrophenia in 2013 and The Who Hits 50 tour in 2014 - but an earlier attempt to see them for a third time had failed due the highly disappointing cancellation of their show in Manchester a couple of years ago.

Despite this set back, I felt it was important to make the effort to see them again as there had been hints that they are winding down their touring for good (although Pete, from the Wembley stage, did make the surprising announcement that they would be playing some shows next year).

There was a festival feel to the day. The sun shone during the day and the temperature stayed just this side of comfortable as it turned to night. There was rain, but it came at the most appropriate moment; just as they got into Love Reign O'er Me.

The kaleidoscope of acts consisted of the Conor Selby Band, Imelda May, Kaiser Chiefs and Eddie Vedder. They all brought something extra to the occasion and all took their chances to impress to the building audience, albeit with shortened set lists. Imelda was my favourite from the troupe. Indeed, it was the fourth time I have seen her and I always find her performances exemplary. 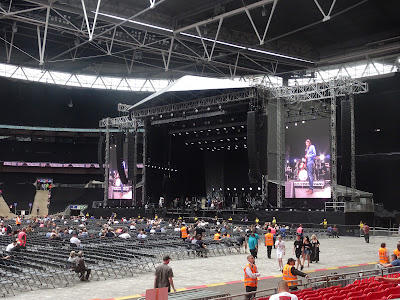 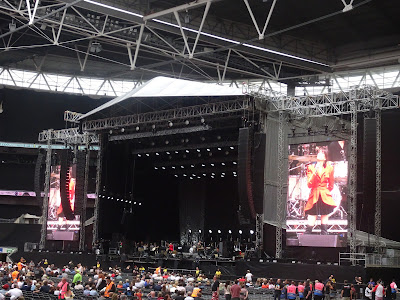 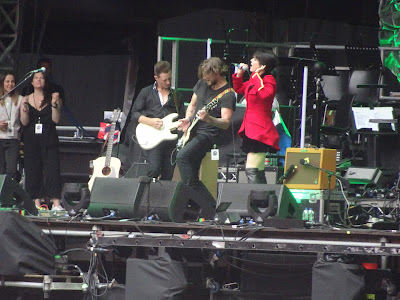 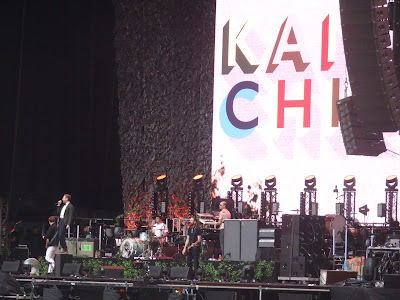 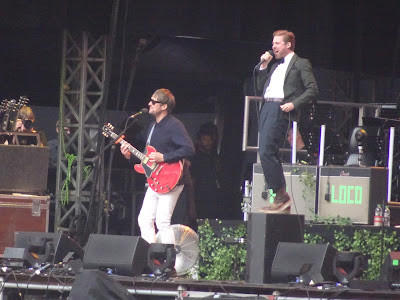 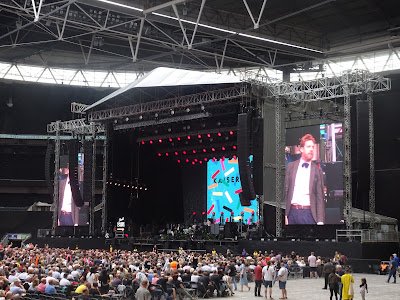 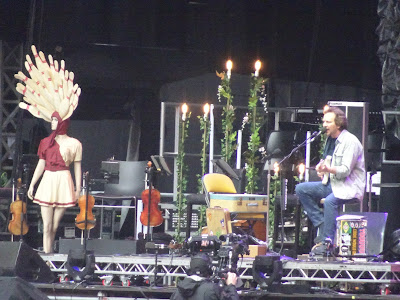 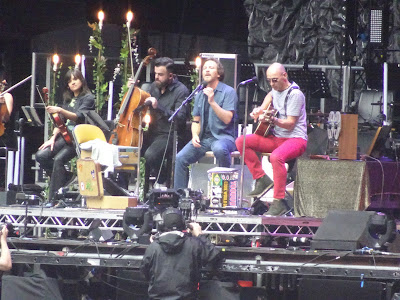 The anticipation grew alongside the swelling numbers of the audience and then The Who were suddenly on the stage, complete with large orchestra. This was the major difference between this and the previous shows I had seen and it all granted an extra dimension to the songs. Roger Daltrey had already performed Tommy last year with an orchestra and that gave them an obvious starting point, with a Tommy medley starting the show in determined and powerful fashion.

It was only a couple of days after the event that I found out the orchestra had been booked and organised by my friend Jenny Nendick, perhaps best known to readers of Marsh Towers as a former member of the much-missed Bridie Jackson and The Arbour.

The middle section brought out the crowd pleasers, such as Who Are You and Substitute but there was also room for the lies of Eminence Front and tow news songs - namely Hero Ground Zero and Still Waiting for the Big Cigar. This section was followed by a selection of songs from Quadrophenia.

It is always interesting to watch the habits of the audience at gigs. Some will watch everything, some will go crazy, get up and shout and dance when they hear one of their favourites and others will head for the bar the moment they hear a song they are not interested in or have never heard before. It makes for a lot of disruption in big venues as all of the habits come with repetition.

One case in point was when it was just Roger and Pete on the stage, while everyone else took a break, and they played an acoustic version of Won’t Get Fooled Again. Apart from the false start, with Pete still playing The Seeker, this attempt to try something different was met with expected bar-bolters.

They cut it very at the end, with Roger urging Pete to stop talking so they could play the final song. ‘We’ll get banged up!’

It was certainly a memorable day which, despite the long hours, passed by very quickly.

There were a couple of fluffs by Pete along the way and Roger occasionally struggled to hit all of the high notes, but it does seem that The Who are not quite yet done and dusted. Keep scanning the airwaves for incoming 2020 tour dates. 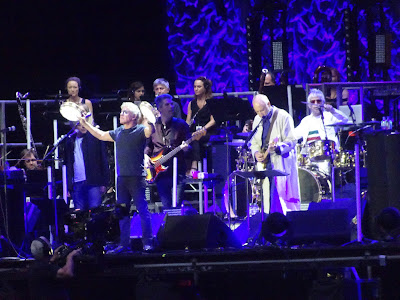 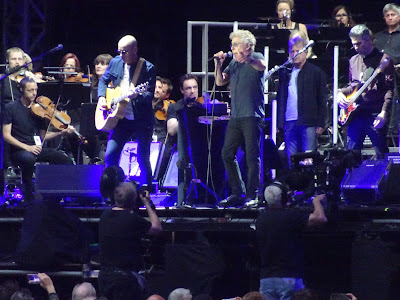 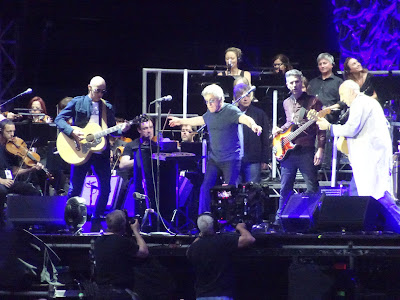 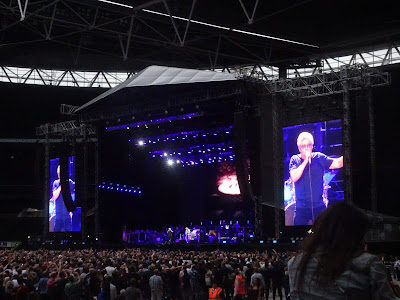 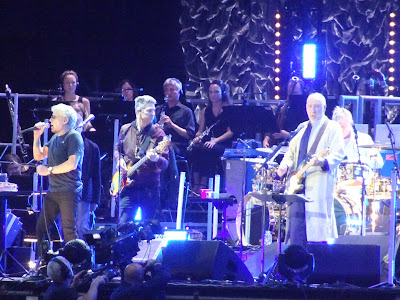 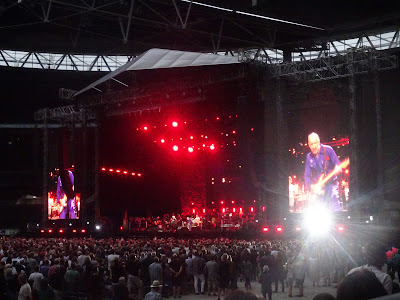 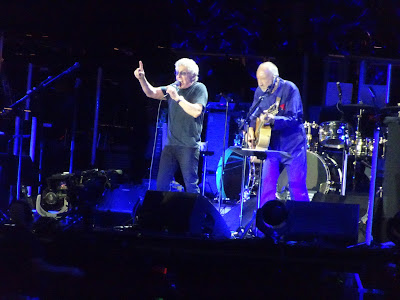 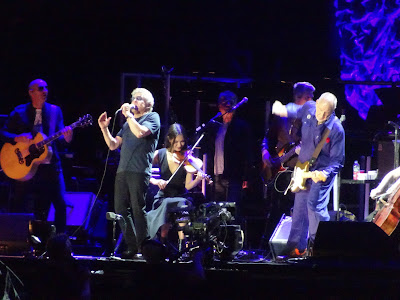 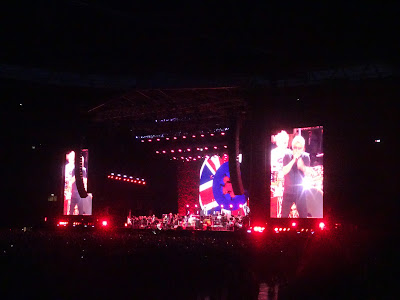 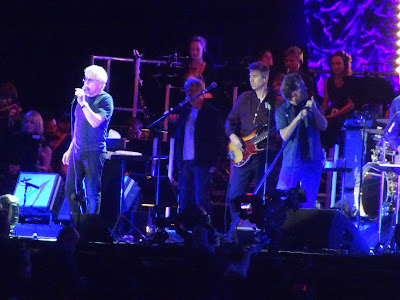 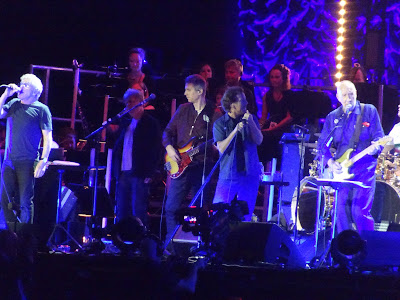 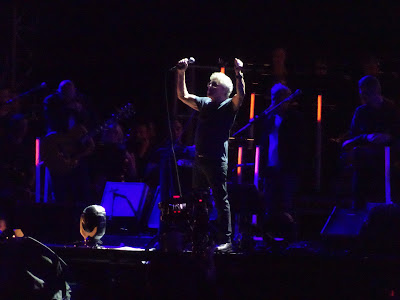 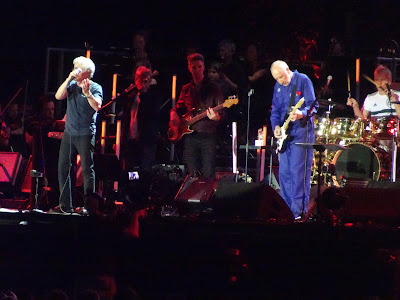 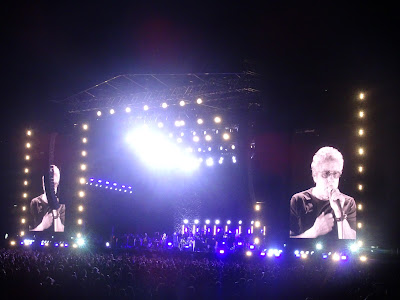