Danny 'O' and the Astrotones

There cannot be many people who have attended gigs on consecutive nights and gone from Wembley Stadium to Middlesbrough's Westgarth Social Club to do so. In fact, if nobody else comes forward I will claim to be the only person ever to do so.

The headline act at this intimate and friendly venue was The Delta Bombers and The Shakin' Nightmares were also on the bill. I enjoyed both but was, however, there to see Danny 'O' and The Astrotones.

My interest in the group goes back to 2011, when Danny 'O' was a Caezar when they supported Brian Setzer's Rockabilly Riot at the Brixton Academy.


I was disappointed when The Caezars announced they were splitting up and then intrigued when Danny put together another rockabilly group.

Danny 'O' and The Astrotones hit the ground running with the fabulous single, Paint the Town and then with the follow-up, Everyday Chains.

Having recently seen Stray Cats four times, I was still in the mood for more authentic rockabilly and I knew for sure that these could be trusted to deliver the goods.

It is easy to sum this one up in a nutshell: Danny 'O' and The Astrotones blew everyone away with a  bullet-paced masterclass of pure rockabilly. They had style, energy and a classy set list complete with moments of audience-participation ('Do the Astro!') and, in Danny 'O', a frontman who throws himself into the music 100%, with absolutely no pause for breath. Nor is he afraid to break down any boundaries from the very start, as evidenced by his successful opening move of bringing forward the audience to the edge of the stage. So many support acts find themselves playing to the gap, which runs the risk of not engaging the whole audience. At oner point Danny 'O' even jumped into the audience, dancing and playing guitar the whole time, before leaping back to the stage to pick up the next vocal line.

Touring with The Delta Bombers will definitely raise awareness of them but Danny 'O' and The Astrotones should be the headliners. Get out there and catch them if you can. 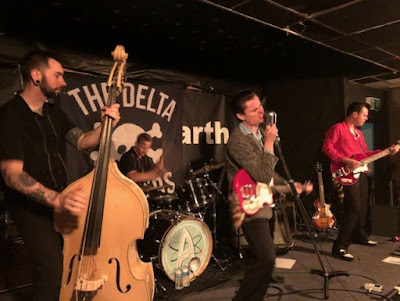 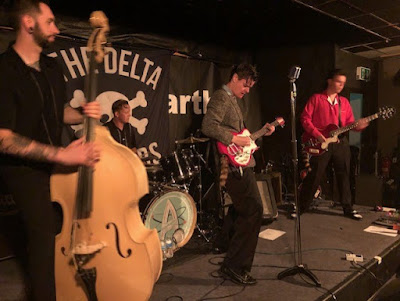 Their debut album is out now and should be considered an essential purchase. 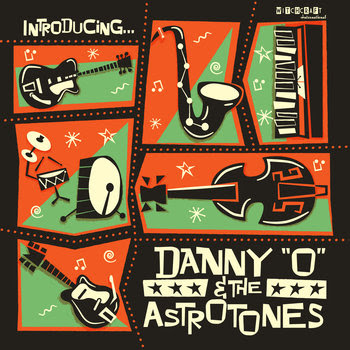 Find out more about Danny 'O' and The Astrotones over at their official website and if you want real live rockabilly action then do make sure you catch them on tour.

Meanwhile, stay tuned to Marsh Towers for more content on Danny 'O' and The Astrotones...