The Cat-less second Birmingham evening gave me an opportunity to see another legendary singer in action, namely - Gladys Knight. I had been fortunate to be able to obtain a ticket as the event had sold out, but one or two seats became available late on and I happened to check the website at the right time.

I had no idea what to expect from the support act, named simply as ‘Tucker’ but was very pleased when it turned out to be an excellent stand-up comic, with a style just this side of the Carry On genre. He certainly brought the laughs to proceedings and it made me think more comedians should be given support slots. 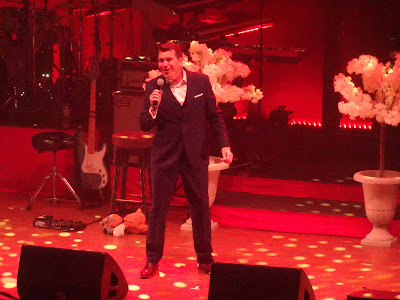 There wasn't too much of a gap between Tucker's jokes and the entrance of the Empress of Soul. Pip-less since 1988 and despite a 2009 tour claiming - at the time - to be a farewell to the UK, Gladys Knight is still going strong and is still more than capable of packing out venues wherever she goes.

Gladys Knight connected with the audience as soon as she took to the stage and the audience was in party mood (lots of shouts of 'We love you!' as soon as there was a quiet moment). At 75, she can be excused for not moving around the stage too much - and for taking a shade longer between the songs, time which was spent relating anecdotes from her lengthy career. Consequently, the set list was relatively short at 16 songs, but all of the usual suspects were present and correct. These included I've Got to Use My Imagination, Licence to Kill, You're the Best Thing That Ever Happened to Me, I Heard It Through the Grapevine, The Way We Were and the finale of Midnight Train to Georgia.

It was great to see such a legendary artiste in action. She exuded style and grace and remains a class act. 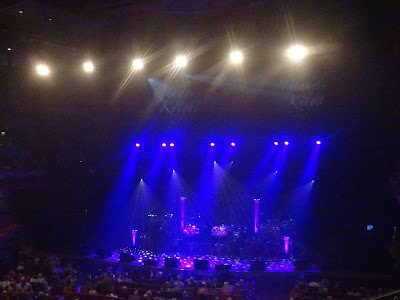 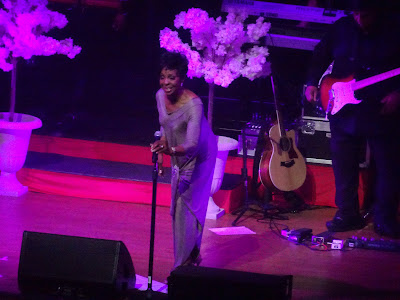 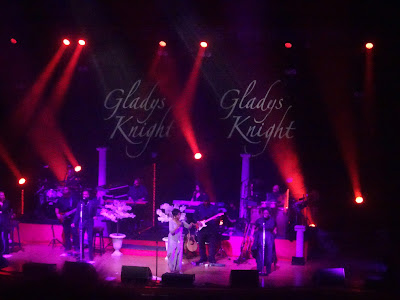 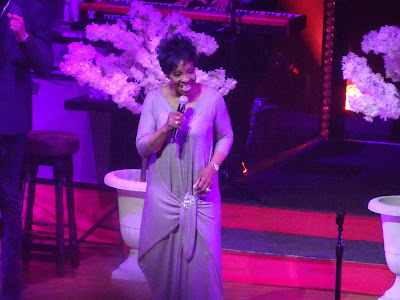 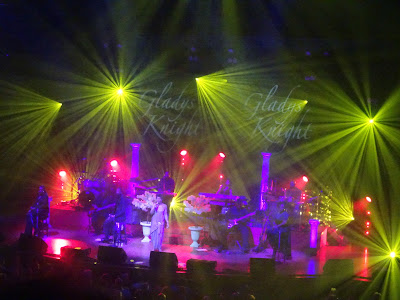 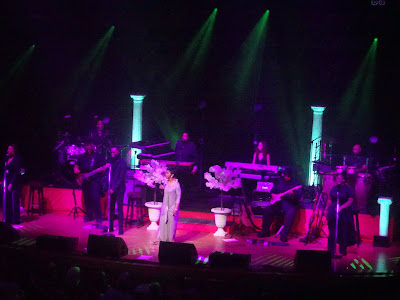 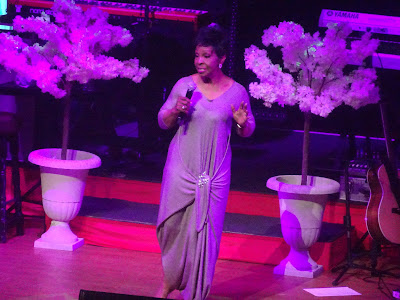 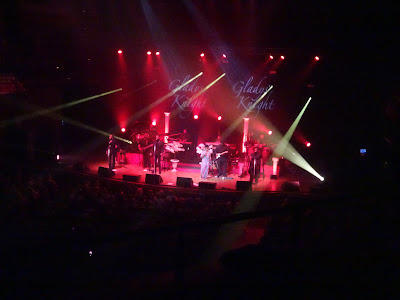