Joan As Police Woman at the Royal Northern College of Music

Joan As Police Woman is one of music's best kept secrets - at least here in the UK. Real name Joan Wasser, she took her stage name as a reference to the TV show Police Woman, starring Angie Dickinson. Furthermore, as Joan said in an interview in The Telegraph back 2006, she 'also wanted the name to be funny because, although my music is serious, I like to laugh at tragedy.' 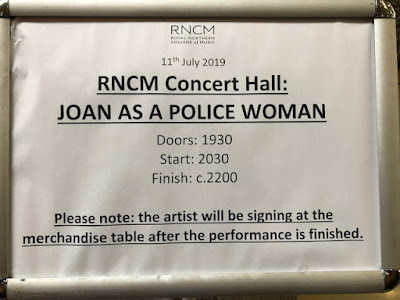 It is an unusual name, of course - and one which can clearly be misunderstand by venues; hence the superfluous 'A' above.

The Royal Northern College of Music ('RNCM') was yet another venue for me. The staff were friendly and the hall was definitely intimate, which suited the occasion perfectly.

This year's tour dates coincided with the release of the career-spanning and cleverly titled Joanthology, which is simply three discs of excellence. The set list draws from the deep well of prime cuts, including To Be Lonely, Flash, Christobel, Human Condition, Whatever You Like and my personal favourite, What a World. 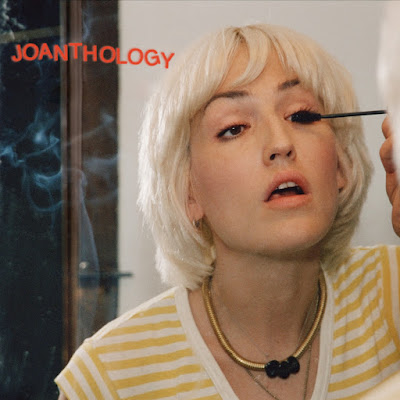 Joan crosses several genres: rock, jazz, blues and soul included. The songs are crafted and very involving; not good at all as background music when working as the songs demand attention and know to keep it. 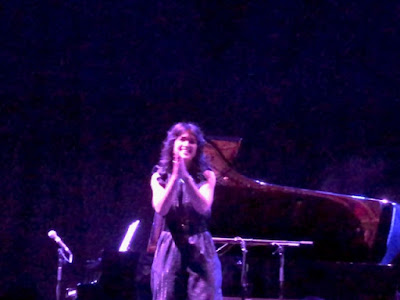 This was a stripped-back show; just Joan, alone on the stage, with a guitar and a piano, alternating between the two at regular intervals. There was a high level of intensity to the performance, even to the extent that Joan raised before the second song unto, two latecomers were settled in their seats. 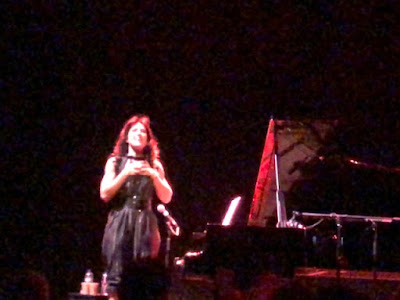 Little stories introduced most of the songs and they were short enough not to dilute the level of intensity. Joan revealed she had stopped playing What a World but it had been reinstated to the set lost by popular demand. This most moving of songs demands to be heard; it is emotional from both sides, as confirmed in our post-gig chat.

For all the intensity of the show, Joan was very relaxed and happy to talk with anyone who wanted to afterwards and took a real interest in people.  She asked where Teesside was (I had been watching The Who at Wembley when Joan played The Sage in Gateshead, which explains the extra journey for this gig) and told me she had a cousin who taught chess in schools.
This really was a thought-provoking, challenging and wonderful evening and will certainly go down as one of the top gigs of 2019.
Posted by Sean Marsh at 04:55