ABC at the Royal Albert Hall

This was my third time with ABC but my very first visit to the Royal Albert Hall. A plush venue, and no mistake.

I first saw ABC in 2016, in their native Sheffield. The second time was at The Sage in 2017, which lacked Anne Dudley and the orchestra but had the bonus of Kid Creole and the Coconuts in support. Swings and roundabouts.

Anne Dudley and the Southbank Sinfonia orchestra were back for the sold-out show at the Royal Albert Hall, giving the music a plethora of extra textures and nuances. 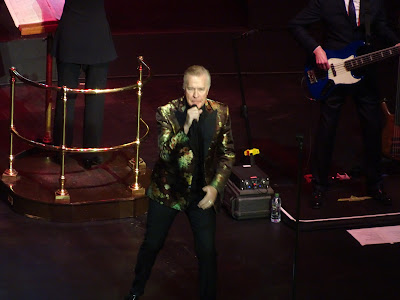 The Lexicon of Love formed the meat of the repertoire. Indeed, the second half was a glorious rendition of the whole album. The first half featured 'the best of the rest' and all in all it was a very satisfying set list indeed.

Part Two: The Lexicon Of Love

Show Me
Poison Arrow
Many Happy Returns
Tears Are Not Enough
Valentine's Day
The Look of Love, Part One
Date Stamp
4 Ever 2 Gether
All of My Heart 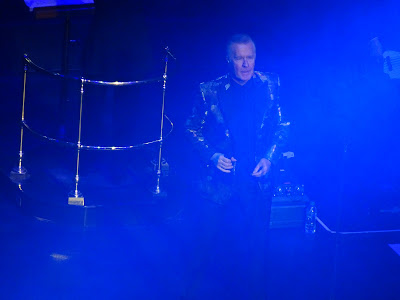 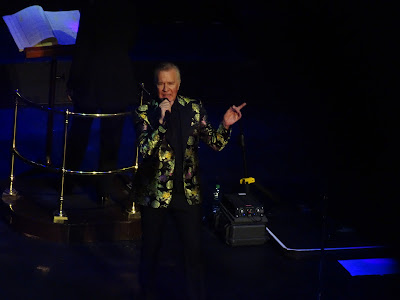 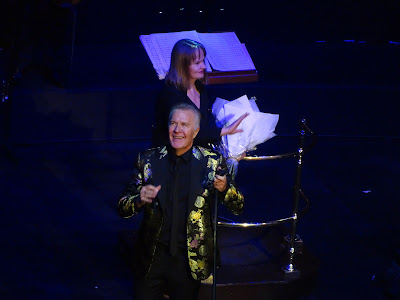 Martin Fry, still cool after all these years and still wearing jackets of gold, led the line brilliantly. The sound needed to be big to fill the Royal Albert Hall and it certainly was. The songs have definitely stood the test of time (as so much from the early to mid-1980s 'suddenly' has done) and, with the sole exception of the two disgracefully drunken women in front of me, the evening was a big and through enjoyable success.
Posted by Sean Marsh at 22:18