‘Spot the weakness, fix it and then just attack it.’

Top chess coach, GM Mikhalchishin, targets planning as a specific area for chess improvement. Over the course of 12 video lectures (five on the subject of ‘Majority’ and seven on 'Planning') he aims to develop the student's skill level in this tricky subject.

Sometimes the pawn structure can provide an automatic plan and this theme is investigated on the first five lectures.

Having a pawn majority on one side of the board can be a big clue as to what the best plan in the position may be. For example, the following position (clearly from a Ruy Lopez, Exchange Variation) shows White enjoying a healthy Kingside majority while Black's doubled Queenside pawns cripple his own majority. The presenter shows how to continue from this typical position... 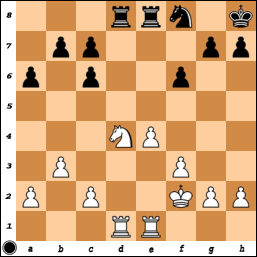 ....until a passed pawn is created and a winning position is obtained. 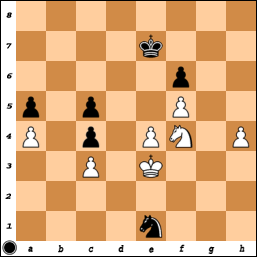 The real art of planning is revealed as the ability to target the real weakness in the opponent’s camp and attack it This can lead to a speedy demolition of the opponent's position.

In this position, the isolated pawn is the current focus of attention. Yet White can't attack it more times than Black can defend it, so Botvinnik takes aim at another weakness - the pawn on g7. 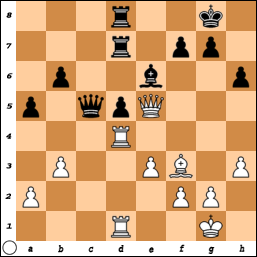 25 g4! Once the g-file is cracked open, White was able to create very serious threats in a short space of time. 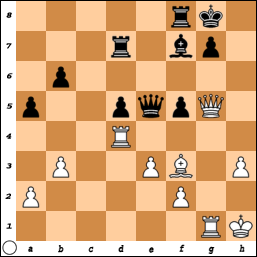 White is threatening 33 Qh6 followed by 34 Rh4. Black tried to evacuate the Kingisde but he was doomed regardless. 1-0 (42)

Such a game illustrates another important aspect to planning: spot the weakness, fix it and then attack it. When the opponent defends it, start work on a second weakness and you should be well on the way to success in the game.

The material is well chosen and each lesson should create a lasting impression. This is a very good DVD and one which club players should derive a lot of benefit.

‘The correct technique of exchanging is the most important ability of Grandmasters!’

It's not so easy to decide which pieces should stay on the board and which ones should be forced to leave. All of the lessons on this DVD - a perfect partner for the volume on 'Planning' - are geared up to assist the viewer in making better decisions regarding exchanges.

GM Mikhalchishin identifies the two most successful players in this field as Rubinstein and Smyslov. The latter, being a World Champion, often gets more coverage than the former in chess literature but on this DVD the first five video lectures are devoted to the games of the mighty Rubinstein. 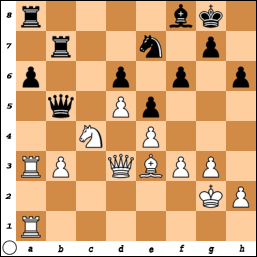 Rubinstein realised that the endgame would be a comfortable technical win if he could exchange the Queens. This he achieved after 27 Qf1 Nc8 28 Nd2 Qb4 29 Qc4 Qxc4 30 Nxc4, after which the Knight returned to d2 to protect b3 and the a6 pawn dropped off 1-0 (52).

The second half of the DVD covers the specific problem of how to assess exchanges between the Bishop and the Knight. As the presenter says, there are many technical problems and misunderstandings about the role of the different pieces and chess players do have their favourites, which can cloud judgement at critical moments. 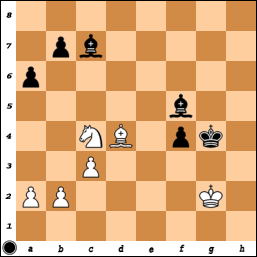 In this example, Black could have won quickly by swapping off one of his Bishops, although it's not an easy decision to make when we hear all the time about the dominance of the Bishop pair. 40...Be6 41 b3 Bxc4 42 bxc4 f3+ followed by pushing the King to e4 and molesting the Queenside pawns. In the game Black played 40...f3+ first and it ended in a draw.

Even World Champions can sometimes get it wrong. 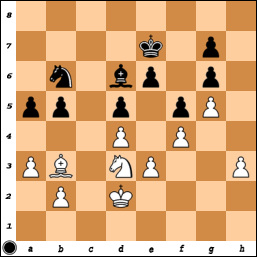 Anand played the tempting 43...Nc4+?! 44 Bxc4 but the Knight turned out to be the stronger piece and White gained an advantage. 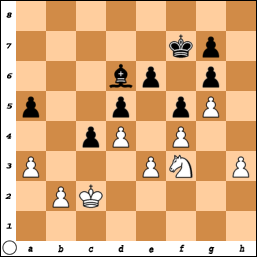 Later in the same game, Anand made the reverse error and underestimated the exchange for the second time. Here, he has allowed White to force the exchange which gives rise to an easy win in the King and pawn ending.

I enjoyed this DVD. The presentation is very good and the material excellent.

‘Many top players have tried to ‘‘refute’’ the Gruenfeld, honourably failed

andended up defending its charms with remarkable success.’

The theory of the Gruenfeld exploded when Kasparov added it to his arsenal. I don't think it's the sort of opening one can successully play without serious preparation, so was keen to see if this DVD could provide comprehensive and instructive coverage.

A short introduction is followed by lectures on ‘Structures’ and ‘Endgames’ and then there are 50(!) lectures on the different variations.

GM Ftacnik appears to be nervous in front of the camera and I think this affects the presentation.It's not so easy to 'sell' openings without apparent self-confidence. I think there is a problem too with the vast amount of material. Sometimes, less really is more and I would have preferred to see the ideas and plans of each variation broken down into much simpler terms. Instead, I came away with the feeling that everything was rushed (despite the incredible DVD running time) as Ftacnik tried to cram everything in. The feeling is similar to those enormous opening books which look impressive but unfortunately leave a rather cold impression.

Lines such as the following one require excellent explanatory notes, especially for a student trying to navigate the complexities following 14 d5 from either side of the board. Instead, the deluge of material falls between various stools and I ended up none the wiser as to exactly what it is both sides are playing for in terms of strategies or even specific move-orders. 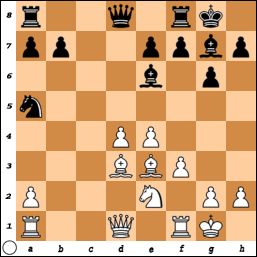 On the plus side, the DVD contains a database of nearly 4000 Gruenfeld games from 1910 up to 2009 and many have been annotated, mainly by Ftacnik and Krasenkow.

Maybe Gruenfeld experts will derive more pleasure from the video lectures; it's possible that it simply wasn't to my taste.

and easy to learn opening system designed for the busy person.’

GM Davies has already given two multi-purpose repertoires with 1...e6 and 1...d6 on previous ChessBase DVDs. This time he turns his attention to a rarer system and one for which opponents could well be unprepared.

The main idea is to play 1...d6 2...c6 and sometimes even 3...Qc7 against whatever White chooses to do, heading for a Philidor structure while missing out some dangerous move-order issues. As busy people don’t have time to analyse openings for either colour, the same sort of thing is recommended for White also.

The breakdown of material gives a good indication as to what to expect:

For the Black repertoire:

Five lectures on the Philidor Defence

One on the Old Indian

One on Flank Openings

One each for the French, Sicilian, Alekhine and Pirc and Caro Kann. 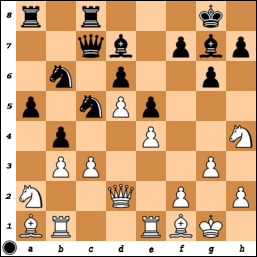 White's repertoire against 1...e5 starts with a Ponziani move-order, but the intention is not head for the main lines.

1 e4 e5 2 Nf3 Nc6 3 c3 The recommendation after one of Black’s best moves - 3...d5 - is 4 d3, heading for a Queenless middlegame if Black decides to exchange. White can play 4 Nbd2 before 5 d3, but a running theme on this DVD is to try and develop the Queen’s Bishop before playing Nbd2.

There are some tricky little moves along the way, such as 1 e4 e6 2 d3 d5 3 Be2. If Black wants to play without the Queens he can do so, but fresh positions will arise if they are kept on the board. White aims for this unusual set-up. 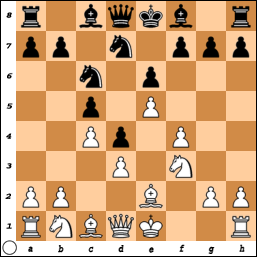 The whole point is to get into opening positions one is comfortable with and understands well. At the same time, opponents will be thrown back on their own resources

The final lecture, ‘Retirement Options’ gives some pointers on how to expand one’s opening repertoire when more time is available. For example; using structures from the Old Indian it is possible to switch a King’s Indian, when many of the same strategies can still be used.

For White, some lines of the Ruy Lopez can resemble good versions of the lines covered on the DVD, such as this one: 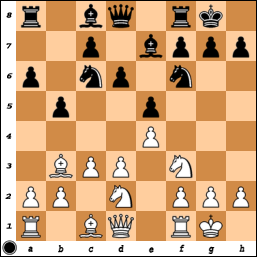 'A Philidor, but with the Bishop out on b3’

It might not be possible to win the World Championship using this repertoire, but busy people (and even lazy ones) should be able to use it to reach a playable middlegame without expending too much energy or time.

With his polished presentation skills and unhurried manner, GM Davies never leaves the viewer in the dark. The viewer should be able to get the whole repertoire up and running in a very short period of time.