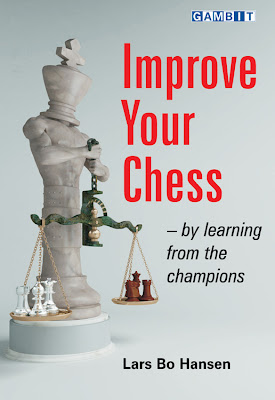 by learning from the champions

‘In this book I shall show how chess understanding has evolved, and how a study of the great masters of the past may significantly improve your game.’

Steinitz and his theories, followed by Lasker, Capablanca and Alekhine.

The era of Nimzowitsch.

Geller, Bronstein, Stein, Keres, Tal - with only one of the group managing to become World Champion.

5 The age of Universality

Kasparov - changing chess as the others knew it.

7 Chess in the Future - the Era of Transformation

Magnus Carlsen’s games lead the way into the future and chess is already evolving again. The need for a much broader opening repertoire and greater levels of energy and stamina are part of a broader discussion.

The evolutionary effect of each era is discussed and illustrated with numerous pertinent examples of play.

‘Players with insufficient knowledge of the developments of earlier times will inevitably be at a disadvantage, as they will be forced to figure everything out for themselves, whereas a better-educated opponent can draw on the vast experience of the game’s past giants.’

The book is at its best when it traces a direct line of chess inheritance and backs it up with game examples.

Players of the Romantic Era loved to attack their opponents at the earliest opportunity, which meant using such openings as The Evans Gambit on a regular basis. The open lines and speedy development were powerful weapons against poor defenders.

Adolf Anderssen new how to attack: 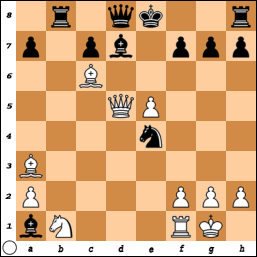 Kasparov resurrected some relics in the 1990s. He used the Scotch Game very successfully in an era when it was considered harmless and even managed to bring the Evans Gambit forward through time, crushing a future World Champion in the style of Anderssen himself. 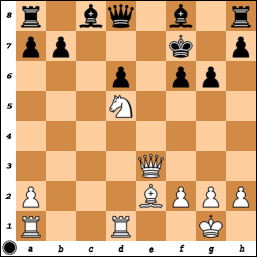 ‘A position that would have pleased Anderssen and Morphy! White’s pieces dominate the centre and hunt down the Black’s exposed king.’

Another good example of a player utilising the lessons from the past can be seen in the case of Petrosian - ‘Nimzowitsch’s Star Student’ . His games famously - and frequently - featured…

‘…Prophylaxis, the blockading Knight and the positional exchange sacrifice. The basis of all of these can be traced from Nimzowitsch to Petrosian, and further on to our times in the games of Karpov and Kramnik.’

Here’s the finale from one of his masterpieces. Two exchanges have been sacrificed and there’s still time for more pyrotechnics. 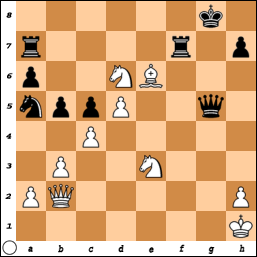 ‘If you want to reach the heights, you should study the entire history of chess. I can’t give any clear logical explanation for it, but I think it is absolutely essential to soak up the whole of chess history’

The above quote, from former World Champion Kramnik, sets a difficult task for the average player.

With prose explanations taking priority over analytical variations, this book presents an interesting survey of the development of chess through the ages and should inspire the student to dig out more historical nuggets. A few well-chosen way markers help the reader navigate the stormy seas of chess rather than trying to soak up the whole lot.

There's far more to chess than just picking up the latest list of opening novelties, as this book shows.

‘You cannot win games only by following Steinitz’s or Nimzowitsch’s principles, but you will certainly lose games if you don’t know these principles!’

http://marshtowers.blogspot.com/2007/12/chess-review-archive.html
Posted by Sean Marsh at 01:09