Nottingham 1936
By GM Alexander Alekhine
21st Century Edition!
195 pages
Russell Enterprises
Nottingham 1936 is undoubtedly one of the greatest of all chess tournaments. Max Euwe, the reigning World Champion, had a tough task defending his honour against three former champions (Lasker, Capablanca and Alekhine), a future champion (Botvinnik) and the cream of American chess players (Reshevsky and Fine). Throw in several other established chess stars (Flohr, Bogoljubow, Vidmar and Tartakower) and four of the best 'home' players (Tylor, Alexander, Thomas and Winter) and it all makes for a fascinating mix of styles and personalities.
To cut a long story short, Capablanca and Botvinnik shared first place just ahead of a logjam of super stars.

This new edition of an already famous tournament book begins with a good introduction by GM Andy Soltis.

To see the games from such a strong event fully annotated by a World Champion is a treat indeed. Perhaps the theory of the openings has dated, but nothing else has.

Here's some randomly chosen moments from Alekhine's annotations. He is often quite sharp in his criticisms but he doesn't exclude himself from the treatment. 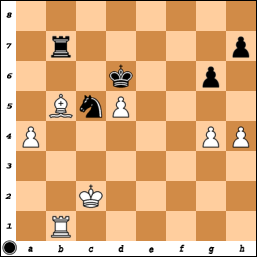 An awful move, the fact that White was very short of time is, to my mind, as little to be considered as an excuse, as for instance the statement of the law-breaker that he was drunk at the moment that he committed the crime. the inability of an experienced master to deal with the clock should be considered as grave a fault as a miscalculation.

He then goes on to point out that 47 Bxa4 wins easily. 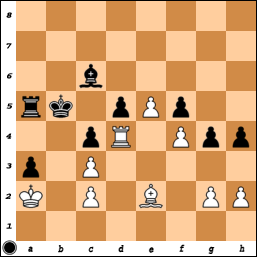 There were some voices in the press which attributed Flohr's failure at Nottingham to ''bad luck,'' and especially to the fact that he lost two points to the British players, against whom he had previously had good results. The present game, more than any other, shows that such an appreciation is entirely wrong: Because a master, who not being able to win through his own ability, tries to gain a point by exhausting a less physically trained opponent, fully deserves to lose.

The annotations are refreshingly verbal in the main, with not too many long variations.

Indeed, schematic thinking is more often the order of the day, such as in this classic endgame. 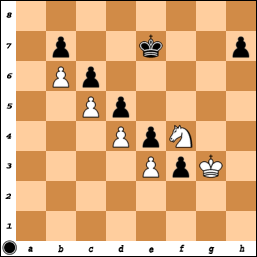 Botvinnik - Thomas
This position has been reached perforce, and White's win is now assured. the process is divided into four parts:

I. White forces the advance of the h-pawn

II. White captures the h-pawn with the king.

III. By playing his knight to f5, White secures his king's advance.

IV. After retreating the knight to f1, White drives the black king into a stalemate position, thus forcing the move f2. On this square the pawn will be captured, and that is the finish.

...and that's exactly what Botvinnik did.

Russell Enterprises are doing a fine job in giving classic tournament books a whole new lease of life. This is an eminently readable and highly enjoyable account of a fascinating tournament.


Missed a review? Please visit my archive:
http://marshtowers.blogspot.com/2007/12/chess-review-archive.html
Posted by Sean Marsh at 00:58

Doesn't Nxd5 just win in this position? Why go through all the heavy planning Alekhine lays out?

Nxd5 would win...but it's Black to move.