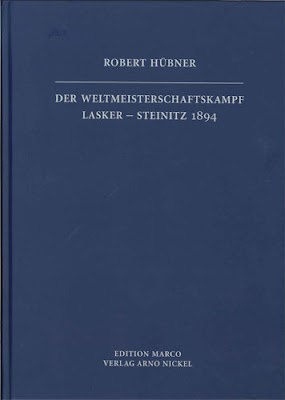 The titanic World Championship in 1894, in which Lasker was the challenger and Steinitz the defending champion, was an important point in the history of chess. It was the first time an official World Champion lost his title and it set Lasker on the road to his record tenure at the top of the chess world.

The bibliographyof this new book reveals an impressive amount of research. Nearly 60 books and magazines are referenced, all the way from 1894 J.G. Cunningham’s ‘The Games in the Steinitz- Lasker Championship Match’ to 2005’s ‘Why Lasker Matters’ by GM Soltis.

The first part of the book is devoted to Lasker’s earlier matches, showing how he gained experience and enhanced his reputation along the way. His match opponents included Mieses, Bird and Blackburne.

The match reports are accompanied by photos, tables and background information. There are also some annotated games, with several earning the full Hubner treatment. For example, game three of the Lasker - Mieses match receives nearly nine full pages of analysis. Amazing, for a forgotten game in an obscure match.

The bulk of the work covers the titular match.

It wasn’t at all clear who was the favourite to win the 1894 match. Chess wasn’t necessarily seen as a young man’s game back then. Steinitz’s exciting matches against Zukertort, Gunsberg and Chigorin had established the Austrian as a very worthy champion. Lasker had youth on his side and had been building up essential match practice.

Games 7-11 A disaster for Steinitz, who should have won game 7 but lost instead, inaugurating a stunning five-game winning streak for Lasker. 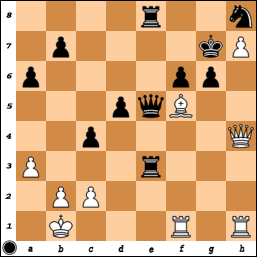 Lasker - Steinitz
Game 7
This is a pivotal moment in the game (and, indeed, the match). Lasker has just played 33 Bd3-f5 and Steinitz tried to flee the troubled corner with 33...Kf7? and eventually lost.

Games 12-14 Steinitz stopped the rot and took two wins and a draw from an impressive spell of recovery.

GM Hubner plumbs the depths of every game with his keen and determined analytical eye. Improvements on previous annotations are revealed with frequency and ‘?’ abound. Eagles eyes are needed to spot any sign of a ‘!’

Extended coverage is also given to Lasker’s intriguing 1910 title clash with the enigmatic Karl Schlechter. Despite being tagged ‘the drawing master’, Schlechter dragged the champion to the very brink of defeat with fighting chess of ferocious quality. The author really is in his element as he turns the spotlight on the dramatic twists and turns games 5, 7 and 10 (the other seven games are unannotated).

The 10 and final game remains one of the most controversial and murky of all World Championship encounters. Why did Schlechter push so hard for the win from an apparently winning match situation? Leading by a point with a single game remaining, the challenger showed no signs of playing for a ninth draw.

Lasker, who had failed to dent Schlechter’s Open Defence to the Ruy Lopez in any his four White games up until that point, had to try something different and this led to the first 1 d4 of the match.

The author devotes over 27 pages to this sensational clash, drawing on 27 sources to enhance and expand his own annotations. The score: 10 question marks for Lasker (out of 71 moves), 9 for Schlechter but nevertheless a priceless win for the defending champion. 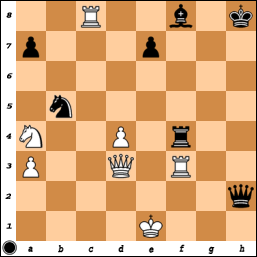 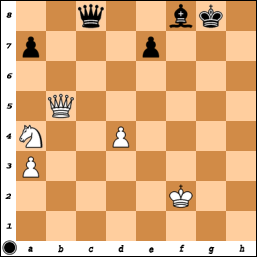 Surely even Lasker wouldn’t be able to significantly complicate this simplified position.

However, after 39...Qh1+? the champion eventually won and kept his title. What a pity that a second match was never played. Indeed, Lasker played Schlechter played only two more games with each other, in a small tournament of troubled men after The Great War.

I found the analysis to be impressively thorough but less intense than that in GM Hubner’s ‘25 Annotated Games’ and therefore more accessible.

The book is in German but that shouldn’t put off any students of chess. The game moves and annotations can be followed just as easily as normal.

The production values are very high. The blue hardback binding is very elegant and the paper is of impressive quality. The layout is very crisp and clear. It’s quite clearly a labour of love.

It will not appeal very much to casual players or those who are interested mainly in the latest theory of the openings. However, historians and analysts who like to really dig deep into chess positions should welcome the book with open arms


The contact email for further details and ordering information is:
http://www.edition-marco.de/

I'd love to get hold of this book, but the link to Marco is down. Do you know if it's still available?

Thanks for the message.

I think they must have changed their address. I've changed it to the current one in the article above, so try clicking on it again and it should take you there.

The book is still available, as far as I know.

Let me know if you have any further problems with the link.