The Closed Sicilian
By GM Nigel Davies
4.5 Hours
ChessBase
‘During the early stages White quietly builds strong central fortifications and gains space on the kingside. Despite the quiet appearance of this plan, in the middlegame this can lead to a ferocious onslaught against Black’s king.’

GM Davies starts off by drawing the viewer’s attention to the pedigree of the Closed Sicilian. It has been played by Smyslov, Spassky, Adams and Short, with occasional outings in the hands of Lasker and Karpov.

The ten-minute introduction shows the basic moves and provides a rough outline of the plans at White’s disposal. Highlighting the creative side of the opening - and the fact that ideas are much more important than theory - GM Davies opines that the system is an ideal choice for players with limited study time.

The material is based around 18 main illustrative games and each one focuses on the ideas and plans involved. 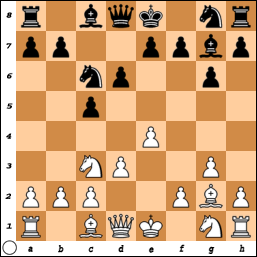 White is now at a crossroads. The choice for the sixth move depends on which plan a player wishes to follow. The presenter runs through the basic options:

6 f4 Expansion on the Kingside with a general pawn storm

6 Be3 to exchange the dark squared Bishops

6 Nge2 to keep the options open

All of these are covered over the course of the 18 games.

Spassky’s crushing victories over Geller, in their 1968 Candidates’ Match remain essential study material for aspiring Closed Sicilian exponents and game six of the match is the first to analysed. 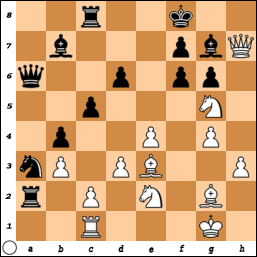 Spassky - Geller
Here’s a small taster of the action…

The concluding segment puts a new slant on things, first looking at a couple of nuances in the early move order and then showing how to use the same ideas for Black to combat the English Opening.

This DVD should be well received by those who would like to get an anti-Sicilian system up and running with the minimum of fuss. As usual, GM Davies hits the club player target level right on the bullseye.

‘These material imbalances are incredibly common - be prepared and take control.’

The impressive ‘Power Play’ series continues with a thorough investigation into material imbalances, specifically those featuring major pieces against minor pieces. Creating any sort of imbalance can be the first step on the road to victory, especially when an experienced player intends outfoxing and outplaying a less knowledgeable opponent.

The excellent introduction nicely sets the scene. GM King shows four positions; the first two demonstrate the power of the major pieces against uncoordinated minors, with the inevitable carnage there for all to see. He then balances things up with two examples of better placed minor pieces easily holding their own against the chessboard giants.

The next video clip is used to present a set of test positions for the viewer to try, such as this one: 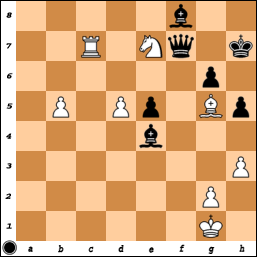 Abramovic - Benjamin
New York Open 1984
Black to play
There are no clues on the DVD, but what would you do if you were in Black’s shoes here?

The rest of the DVD presents the answers, with full extremely instructive explanations.

The latter subject highlights the expertise of first Petrosian and then Topalov, who has ‘…really brought on the exchange sacrifice; he’s taken it to a new level’.

One of the most straightforward examples is a classic by the ninth World Champion. 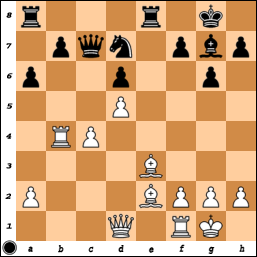 GM King explains that Black has undisputed control of the lion’s share of the dark squares and, very importantly, Polugaevsky has now counterplay at all.

Although White could have played some better moves, the game continuation provides total justification for the sacrifice.

With an excellent selection of material and a polished presentation, this DVD keeps up the very high quality of the Power Chess series.

Opening Encyclopaedia 2009
ChessBase
The encyclopaedia contains 3.3 million games (of which 79,000 are annotated) and consists of 4,500 opening surveys. There are 437 theory databases, some of which will be familiar to readers of Chessbase Magazine, although 78 are new for this disc.

Those numbers alone should easily convince the reader that the amount of material is truly astonishing.

Main line openings are well represented but there’s plenty of material for free spirits and those looking to master a number of surprise weapons. For example, there are eight sections on the Elephant Gambit and even a whole survey on Basman’s 1 c4 g5.

The survey authors include such luminaries as Korchnoy, Anand, Hubner and Ribli, so the quality is not in question.

Naturally, it is not enough to merely have a vast amount of data at one’s disposal; one must also use it. Lazy players or those with very limited study time should look elsewhere, but the hard-working student will find a veritable goldmine on a single disc.

You seemed to pretty much like every book and product that you review. There are plenty of bad/mediocre books out there, so I find this a bit surprising.