Kill K.I.D. 1
By Semko Semkov
140 pages
Chess Stars
‘Warning! Do not kill any kid around. I only refer to the King’s Indian Defence! That one, I have been trying to kill for more than 20 years.’

To that end, the author has come up with an original work on the Four Pawns Attack, in which White eagerly grabs all of the space on offer and plans to push Black off the other end of the board.

About the structure of his Book

The trademark Chess Stars format is used for the main coverage, with each system analysed over the course of three section; namely:

The author believes there are many improvements to previously published material. ‘I feel the current theory of the FPA is totally messed up if not entirely wrong’ and has confidence in his new ammunition: ‘I hope it will cause considerable headache to Black players.’

Perhaps the most critical line of all arises after the following sequence: 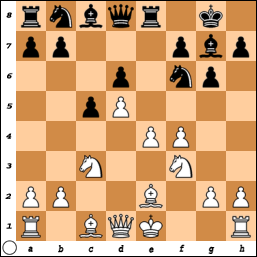 It is here that the book’s worth will stand or fall. The author has invested a lot of time and effort in his quest to kill this particular branch of the K.I.D.

‘This whole part is based solely on my original analysis, so do not wonder about the absence of references to other games. The reason to write this book is that I want to propose a new approach to this variation.’

Several advantages are stated to support the suggested approach. In summary, these are:

2. It has very sound positional foundation

3. It has been extensively checked with the latest chess engines

4. It has been tested in blitz games

The Four Pawn Attack is definitely not for the faint hearted. Will White end up being hopelessly overextended or will Black be smashed off the board? This book hopes the former will be the case.

Time and again, examples are given in which the black squares around the enemy King prove to fatally weak. Here’s an easy demonstration: 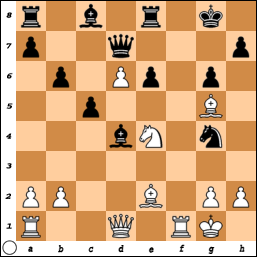 The latter part of the book looks at related Black systems and move orders which make it awkward for White to get into a Four Pawn Attack.

‘The best part of having the FPA in one’s repertoire is that Black will often try to outsmart you with tricky move orders and second grade systems which commonly delay …Nf6 or …g6. They are called ‘Modern’, but perhaps ‘Dubious’ would have been a more appropriate name.’

Here, the general strategy is not to try and blow Black away in short order; the emphasis is more building and maintaining a solid positional advantage based on the natural territorial gains.

I often try out book lines against chess engines and was surprised to see Fritz fall into the trap given on page 76. It was only a three minute game but it does show the danger Black can easily slip into. 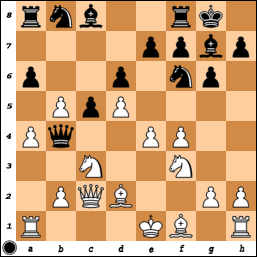 ‘Black can easily lose his Queen’ says the book, and so it came to pass... 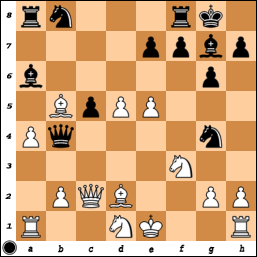 As usual with original analysis, everything needs to be tried out over the board in serious games to give it a thorough testing. Killing the King’s Indian Defence is no easy matter but Semko Semkov provides plenty of food for thought.


For further details of all Chess Stars products, please visit: