It didn't seem like a whole year had gone by since I attended the Second Scarborough Literature Festival ( http://marshtowers.blogspot.com/2008/04/long-weekend.html ), but somehow it had.

Our B&B was part of a converted windmill, which also housed the owner's huge collection of toys. 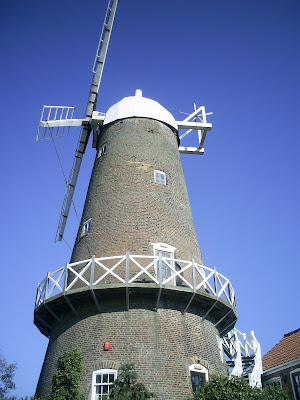 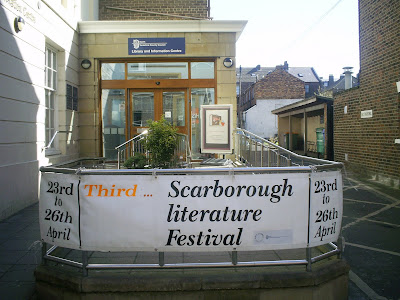 I couldn't get to any of the events on the Thursday but I was there for nearly all the rest of the festival. 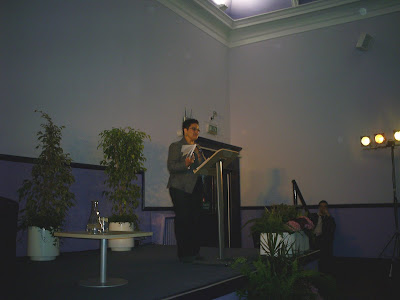 Friday 24 April started off with effervescent author and poet, Jackie Kay, whose lively readings began proceedings with a bang. 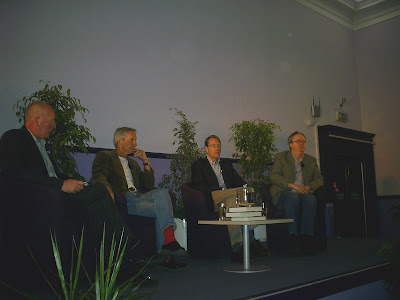 Next up were three crime writers: Graham Hurley, Lee Child and David Hewson, in a session hosted by Peter Guttridge. They had very different writing styles, particularly in their approach to research. 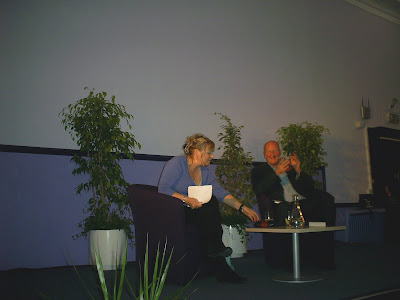 The popular Kate Atkinson ensured a full house for the next session. 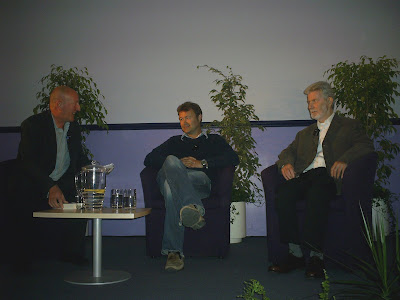 Then it was back to more crime, with Simon Kernick and Stewart Pawson revealing more murderous deeds. 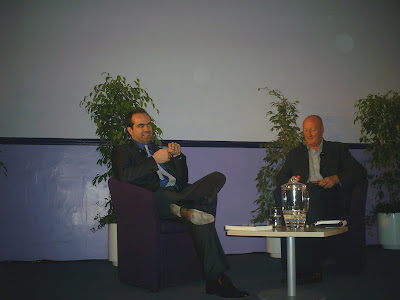 Niall Stanage brought the day to a close with a very insightful account of his time on the Obama trail and he read several passages from his book 'Redemption Song'.

Saturday 25 April saw another full house for a quartet of historians. 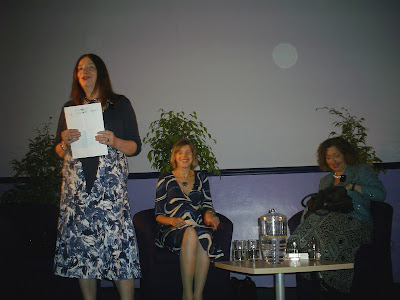 Alison Weir, Tracy Borman, Sarah Gristwood and Kate Williams all read from their latest works and took many questions from the audience. 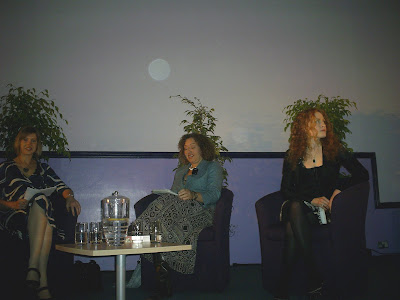 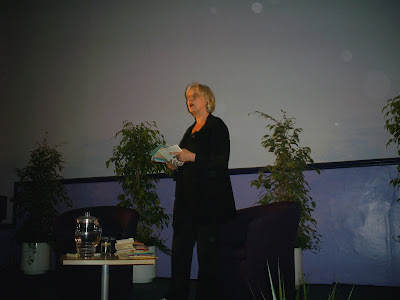 Anne Fine is another very popular author, especially with children. This was the probably the most family-orientated session of the lot. 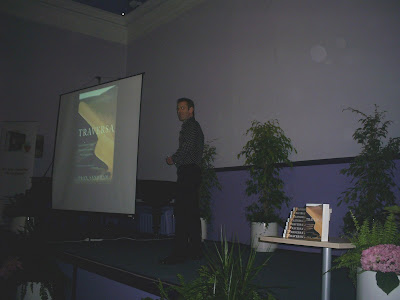 Fran Sandham gave a very interesting talk about his experiences walking 3,000 miles across part of Africa. 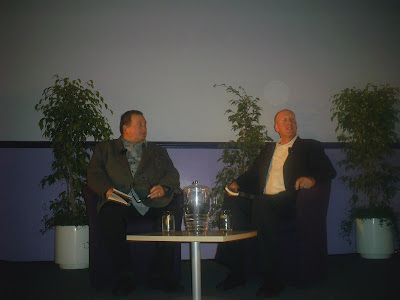 One of the highlights of the whole weekend was the talk given by Terrance Dicks. I remember, at the age of 10, buying his novelisation of 'Genesis of the Daleks' from the school Bookworm Book Club. All these years on and Davros has made a stunning return to our screens and I'm still buying Terrance Dicks books. Some things never change. 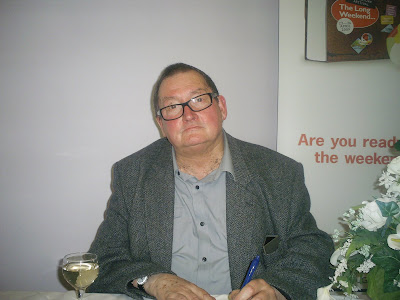 Unfortunately, I couldn't get a ticket of the Saturday finale, featuring Kate Adie. The next day I heard lots of people saying how good she had been. 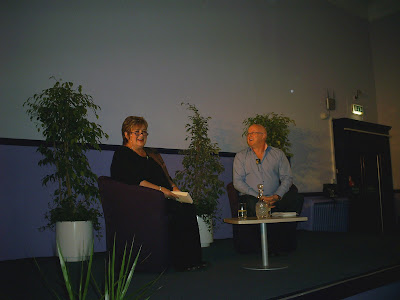 Sunday 26 April kicked off with Jenni Murray in fine form, interviewed by James Nash. James, an author and poet in his own right, went on to do a session of his own afterwards. 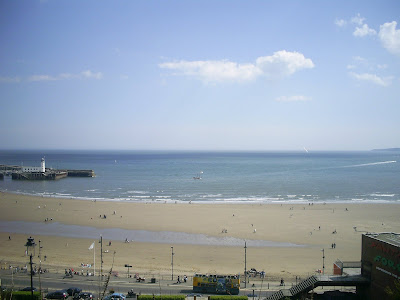 The sun was out in Scarborough; it was the rain's weekend off. I had plenty to think about as I looked out over the bay and eat my lunch, under the watchful eye of Queen Victoria. 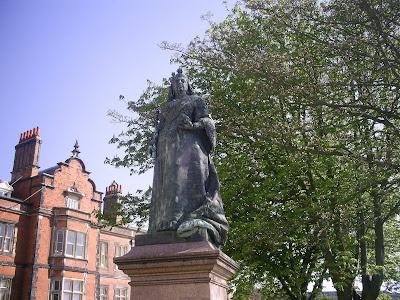 The weekend was drawing to a close but there were still two treats left. 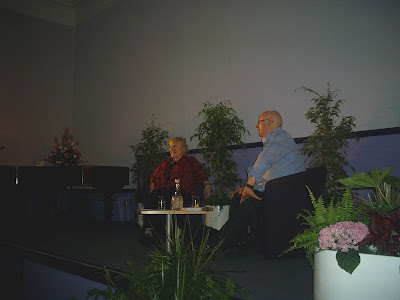 Libby Purvis was another very popular guest and she kept the packed audience entertained and amused. 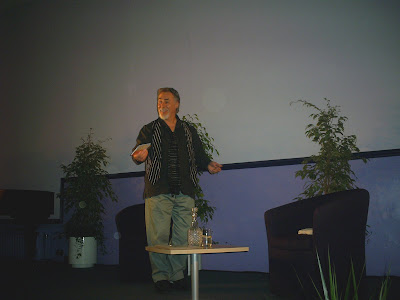 The finale brought a terrific performance from actor, writer, wit and livewire Barry Rutter, whose jokes, stories and readings of more serious matter brought the weekend to a close on a definite high. 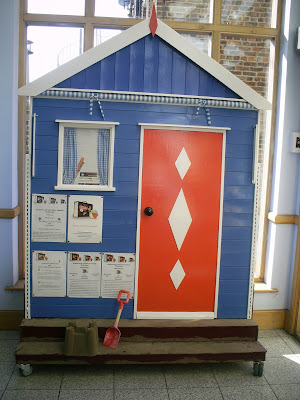 All being well, the festival will return next year.
Posted by Sean Marsh at 00:40

What a fantastic place for a B&B!

Yes, a very interesting B&B. If I'd have had a few more nights there I'd have surely started wearing unfashionable old coats and solving highly unlikely crimes.