Jah Wobble and The Invaders of the Heart at The Cluny

My first Newcastle gig of 2020 (don't forget, Gateshead is not the same place) saw the return of Jah Wobble and The Invaders of the Heart to the North East. This was my sixth time in the company of this extraordinary group and it was just over a year since they last played at The Cluny.

Together with the core Invaders - Martin Chung on guitar, Marc Layton-Bennett on drums and George King on keyboards - Jah and his mighty bass guitar played for over two hours, thrilling a packed-out Cluny with a fabulous set taken from all cross his lengthy career.

We started with a couple of numbers from the latest album, Ocean Blue Waves: the title track and Safe Passage. All of the classics were present and correct, including Public Image, Becoming More Like God, Visions of You and Poptones, as were the likes of Everyman's an Island, Java and The Chain. Jah likes to put in the Get Carter theme when playing in Newcastle and this occasion proved to be no exception.

Jah likes to throw in the occasional surprise. Last year, it was little spoken word. This time it came when he briefly left the stage to return wearing a Hard Hat and High-Vis Vest. Perhaps he had recently experienced vexations at the rise in Health and Safety procedures, or maybe it was a nod back to his time working for London Transport back in the mid-1980s, when music was temporarily put aside for a soon-to-be-aborted side step into 'real life.'

Work-wise, it has been one exceptionally busy start to the year and I loved being able to lose myself inside the musical extravaganza presented by the genre-defying Jah Wobble and The Invaders of the Heart. Hopefully there will be more opportunities to see them in action before the year is out.

Meanwhile, the new music just keeps coming. Later this month there will be Youth Meets Jah Wobble: Acid Punk Dub Apocalypse on which the bass will be doubled as the two long-time friends and collaborators will no doubt push things to the limit. Indeed, the album is one of the most anticipated of the year and will feature several guest vocalist, including Hollie Cook and Aurora Dawn. 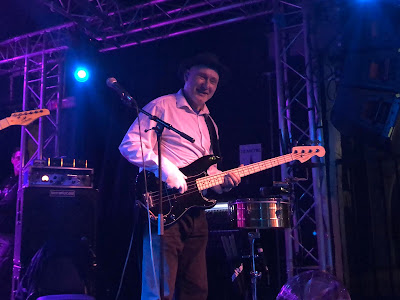 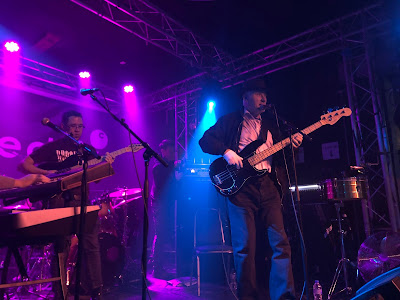 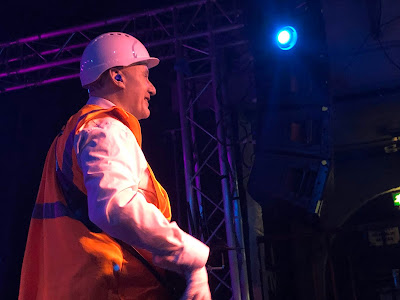