She Drew The Gun at The Georgian Theatre

It was a pleasure to be back at the Georgian Theatre as part of the Independent Venue Week. Long-term readers will have some idea of the sheer range of acts I have seen in action in this most intimate of venues.

She Drew the Gun - together with support from both Eve Conway and Jodie Nicholson - spent the evening celebrating Independent Venue Week (supported by BBC Sounds.)

All three acts were new to me. The headliners, who would have a very good chance of taking the title in a contest of ‘unusually-named acts’ (although it would be tough if they found themselves up against Joan as Police Woman) were described on the Georgian Theatre’s site as making ‘impassioned, hypnotic and darkly ornate psych-pop built around the lyrically evocative songwriting of singer-guitarist Louisa Roach.’

The set list drew heavily from the well of 2018’s Revolution of the Mind, presenting a set of high-powered, politically-tinged songs delivered with a very telling confidence.

The venue was packed out, which is impressive for a relatively new and still somewhat obscure act. There was a strong connection with the audience and everything was played with the greatest sincerity. At one point, Lousia Roach took time out from singing and playing to present a heart-felt spoken word piece on the importance of independent venues, without which new acts would really struggle to be heard.

It was a fine evening and hopefully She Drew the Gun will return to Stockton in the not too distant future. 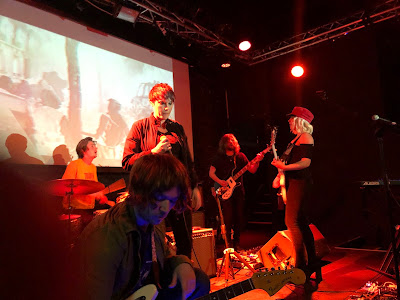 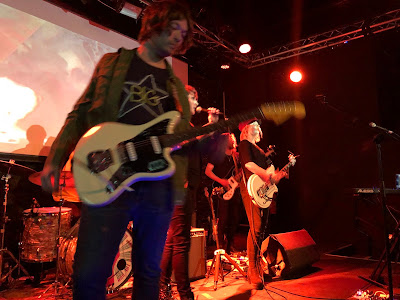 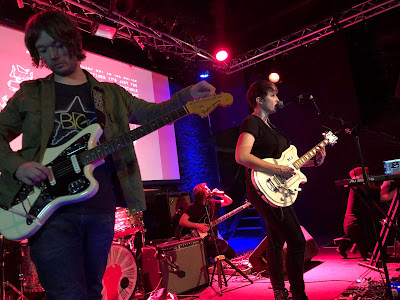