Judy Collins at The Sage

It is hard to imagine I will be able to come close to the number of gigs I attended in 2019, but at least I have made a start.

Despite being just a few months short of turning 81, Judy Collins shows little sign of slowing down. Indeed, following last year’s release of two box sets covering her years with Elektra (1961-1984), she has now brought out a brand new album, Winter Stories,  recorded with Jonas Fjeld and Chatham County Line. Jonas was originally going to be with Judy Collins for the Sage evening but for reasons unknown to me it was announced he 'will no longer be performing.' Instead it was just Judy on guitar and Russell Walden on piano, although Judy took to the stage - and piano - solo for most of the second set. 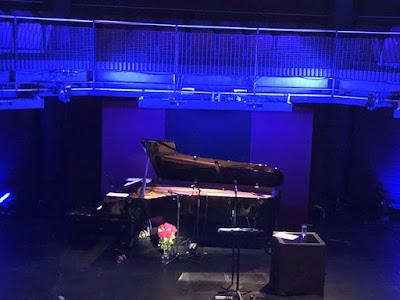 Sage 2 is the perfect venue for an intimate gig. I was surprised to see it wasn’t sold out; logically, there cannot be very many UK tours still to come for Judy Collins.

It was an evening of instantly recognisable songs, the likes of which we remember listening on the radio many years ago without ever thinking we would one day be able to hear them 'live.'

They included Chelsea Morning, Take Me Home, Country Road - bookended with parts of Leaving on a Jet Plane - Goodnight Irene, River, Highwayman, Suzanne, Both Sides Now and, to finish the second set, Send in the Clowns. The encore brought a sing-along Amazing Grace and then it really was goodnight Gateshead. 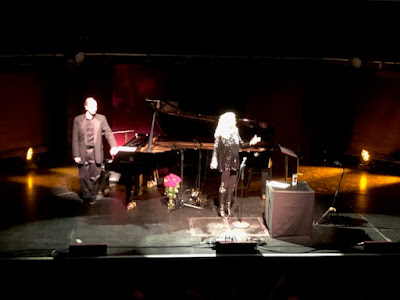 Little stories between the songs brought out snippets of Judy's extraordinary life in music, all the way from the earliest years of singing in small clubs, through the excesses of the 1960s (although it was drink rather than drugs that would plague her life for so many years), including her time in a sanatorium during a dangerous brisk with TB, up to the desire to keep on performing at such an advanced age ('the doctors say for every cigarette you smoke, God takes away a minute of your life and gives it to Keith Richards'.) There were also stories of other major personalities with she worked over the years, such as Leonid Cohen, and a confession Judy found Bob Dylan's early forays into performing folk songs to be rather bad.

The audience was quiet and very respectful; 'anything with a screen' was disallowed by the pre-show announcements, which explains the lack of photographs in this review.

Even though some of the extreme of the vocal range have become more of a challenge with the advancing years, this was a wonderful evening of folk and pop with a legendary singer and a great start to the new year of gigs.
Posted by Sean Marsh at 07:13