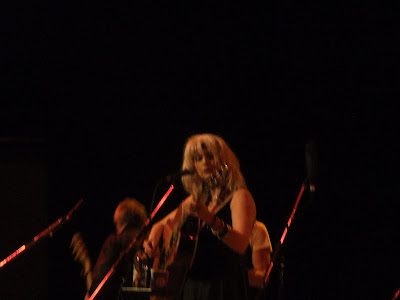 Emmylou Harris
Bridgewater Hall
Manchester
30.5.2011
How can one turn down the opportunity to see Emmylou Harris? She was only doing three UK shows so it was obviously a case of ‘cancel everything else and seize the moment’. I didn’t have to think twice about booking tickets for Emmylou's appearance at Manchester’s Bridgewater Hall. It's only the second time I've been able to see her.
I have been to the venue once before, almost two years ago (to see Lucinda Williams). It has a very nice look and feel to it, very similar to The Sage (Gateshead). The show was slightly late in starting but, of course, we’d have happily waited longer. The Red Dirt Boys (Rickie Simpkins on fiddle, mandolin and vocals; Phil Madeira on accordion, keyboards, guitar and vocals; Will Kimbrough guitar and vocals; Bryan Owings on the drums and Chris Donohue on bass) took to the stage first and struck up the opening tune. Once they were all up and running, Emmylou appeared, stage left, and danced her way to the centre and launched into one of her new songs, ‘Six White Cadillacs’ – a good opener. 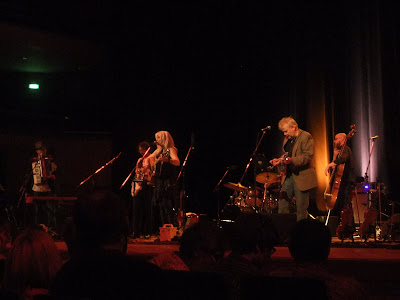 Emmylou’s latest CD, ‘Hard Bargain’, was the main focal point of the evening, but before we heard the new songs we were treated to some classics gems spanning several stages of her remarkable career, from ‘Hello Stranger’ to ‘Red Dirt Girl’. Emmylou said she was pleased to be back to ‘…play some music for you; this is what we love to do’. Almost apologetically (‘Well, I’ve got a new record out…’) she moved on to the latest tunes.
‘Big Black Dog’ ushered in four-song collection of material from ‘Hard Bargain’. ‘A true story; a love song about one of my dogs’ who was ‘…moments away from euthanasia’ before Emmylou rescued her and ‘…took her home and thought I was going to give her to somebody else – but it didn’t work out that way…’ 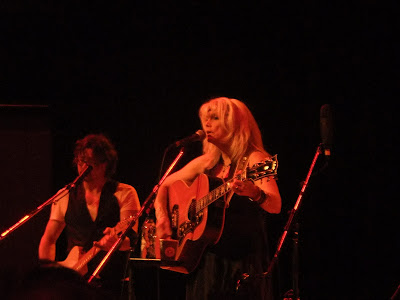 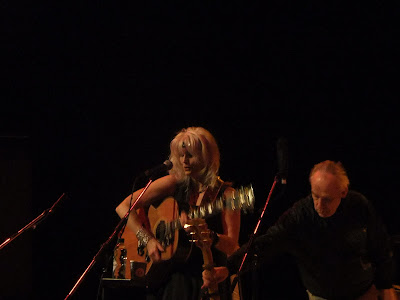 ‘My Name Is Emmett Till’, a sad tale about a black boy who was killed in a racial attack back in the 1950s. ‘We’re making progress in our country. ‘We have a wonderful black family in the Whitehouse’ This was followed by ‘Home Sweet Home’, a song about the homeless and how fortunate the rest of us are not to be in that position. Next up was the best track on ‘Hard Bargain’ (and, indeed, one of the finest songs Emmylou has ever written). ‘The Road’ is about a man who ‘…taught me how to sing; he took me out on the road and I’m still here. This is for Gram’. The Road was followed swiftly by a much earlier Emmylou composition about Gram Parsons, namely ‘Boulder to Birmingham’.
There was no time for sombre reflection as she launched into two faster numbers, ‘Even Cowgirls Get The Blues’ and ‘Luxury Liner’. The latter was one of the highlights of the evening and gave new recruit Will Kimbrough a real chance to shine with some blistering guitar solos. 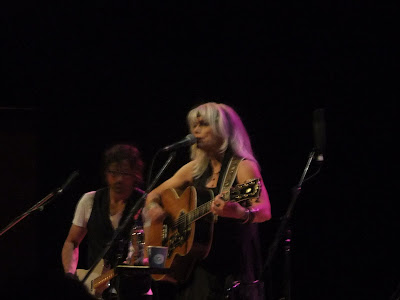 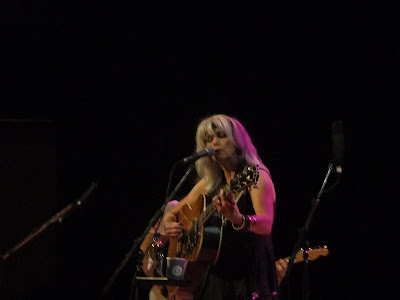 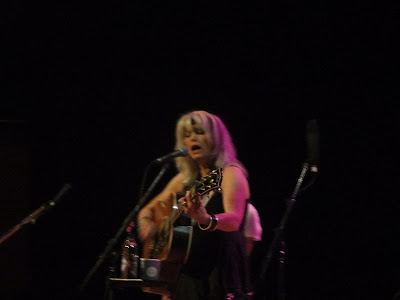 There followed a good mix of old and new, with ‘The Pearl’ and ‘Born To Run’ being particular highlights. At the end of the show, Emmylou promised that ‘…We’ll keep making that trip across the big water if you’ll come and see us. Is that a deal?’ We’ll be there.
There was still time for a little more as Emmylou and The Red Dirt Boys returned to the stage for the encore, featuring a good contrast between the slow burning ‘Old Five And Dimers Like Me’ (‘I always thought, I’ll never be old enough to sing that song…well, here I am!’) and the up tempo ‘Wheels’. 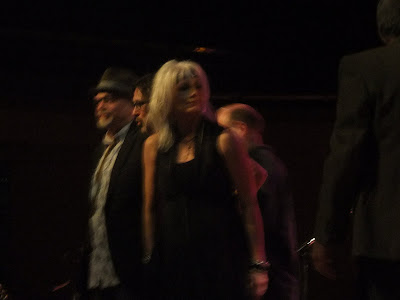 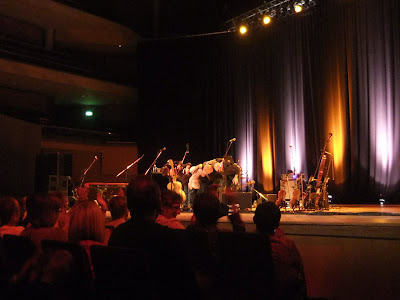 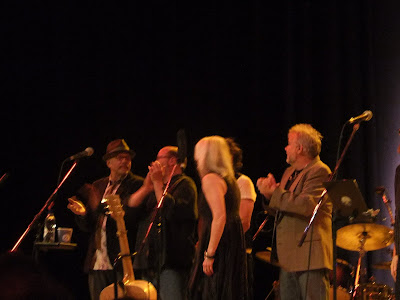 It was a wonderful evening. Let’s hope the promise of a return to the UK happens sooner rather than later.
Here's the full set list:
Six White Cadillacs
Orphan Girl
Red Dirt Girl
Making Believe
If I Needed You
Hello Stranger
Big Black Dog
My Name Is Emmett Till
Home Sweet Home
The Road
Boulder To Birmingham
Even Cowgirls Get The Blues
Luxury Liner
Darlin‘ Kate
Goodnight Old World
Every Grain Of Sand
Going Back To Harlan
Bright Morning Stars
The Ship On His Arm
Shores Of White Sand
The Pearl
Together Again
Born To Run
Old Five And Dimers Like Me
Wheels
Posted by Sean Marsh at 00:00