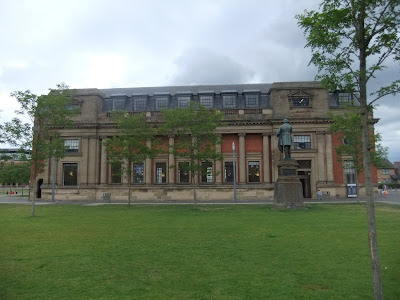 Just another normal day at Middlesbrough's Central Library...or is it? Lurking at the top of the stairs was an all-too familiar figure... 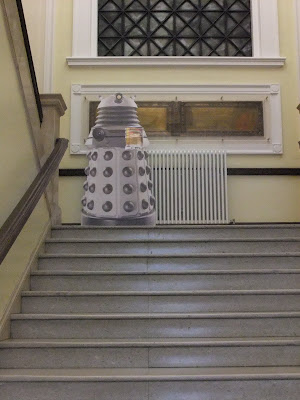 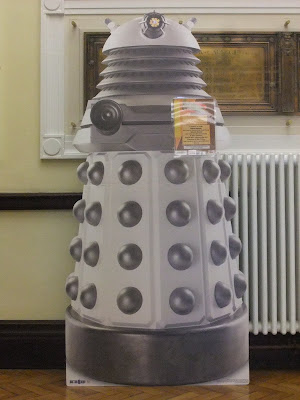 A Dalek! And a cardboard one at that. He's definitely cut out for his job of welcoming people to the special Sci-Fi day as part of the ongoing Middlesbrough Literary Festival, held one week after the opening event.
Two top guests were there yesterday. First on to the stage was director Graeme Harper (below, left). 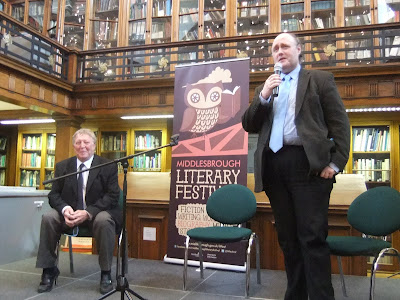 ...swiftly followed by actor/writer Shane Rimmer (below, centre). Both were interviewed by Alex Lewczuk. 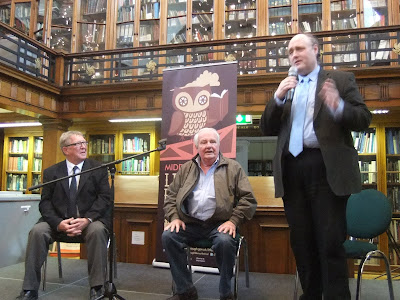 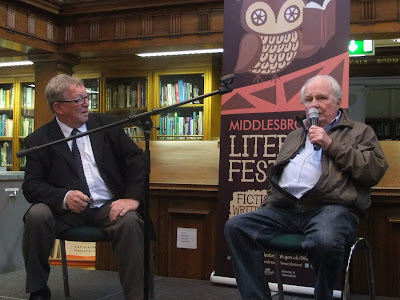 Shane's long acting career has seen him appear in a whole range of famous shows, such as Thunderbirds (voice only!), UFO and Doctor Who, plus Star Wars and James Bond films.
Graeme's directing skills have been well to the fore in several Doctor Who stories (from both Classic Who and New Who) as well numerous other shows, including Eastenders and Coronation Street. 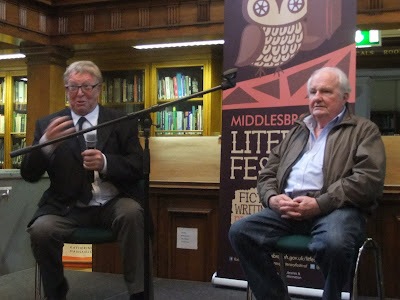 The guests worked very well together. Graeme spent a lot of time laughing at Shane's deadpan delivery of amusing anecdotes. 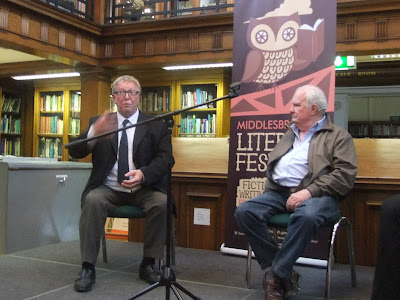 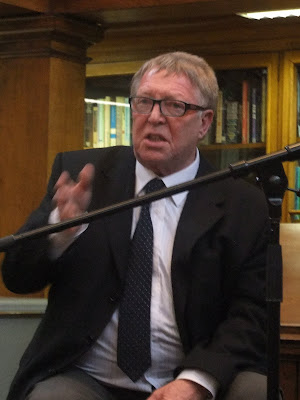 Graeme is passionate about his work and he is a very enthusiastic speaker. 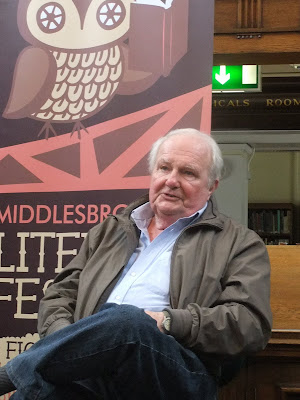 Both guests were very happy to answer questions from the audience.
After the 90-minute talk, Shane and Graeme spent some time signing things, chatting to people and posing for photographs. It was a thoroughly enjoyable afternoon. 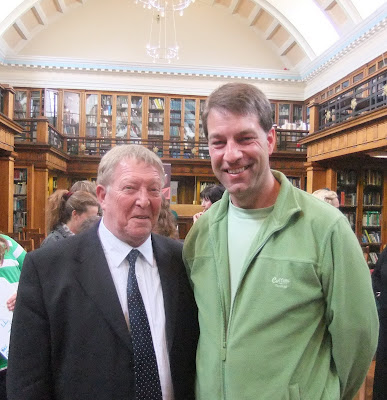 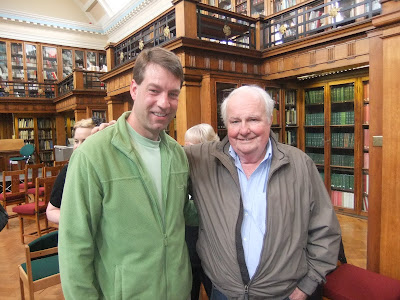 Incidentally, Shane now has an official website, from which it's possible to buy signed copies of his autobiography, 'From Thunderbirds to Pterodactyls'. 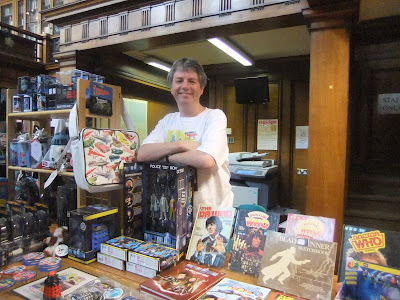 Sci-Fi merchandise was available from 'Who-Ray'. They have their own Doctor Who event coming up on Saturday 2 July.
Artist and sculptor Ray Phillips brought along a few friends. I'm sure they will be familiar to most readers. 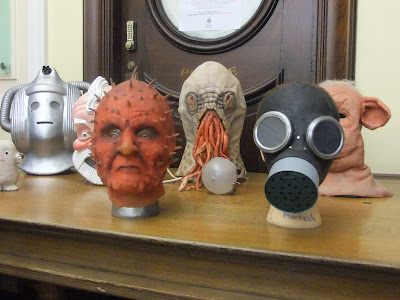 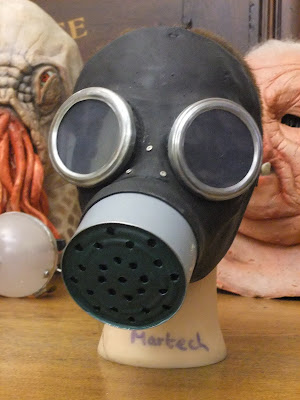 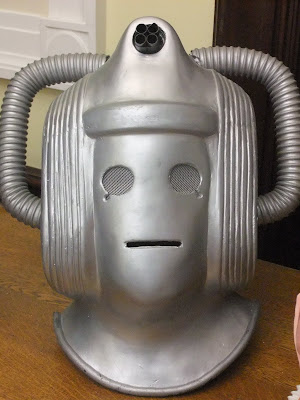 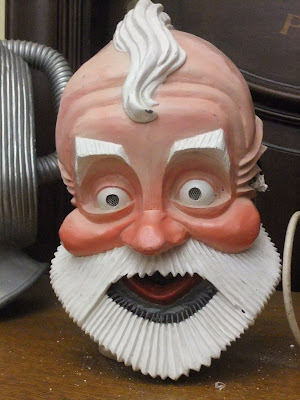 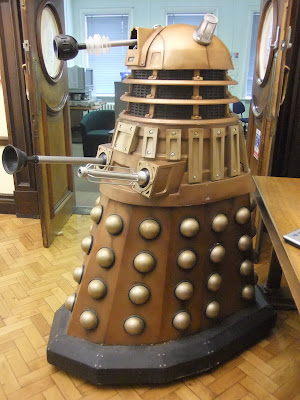 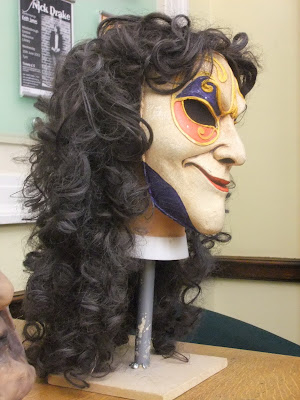 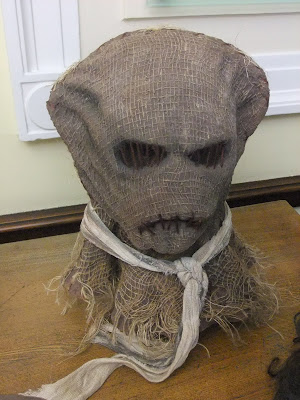 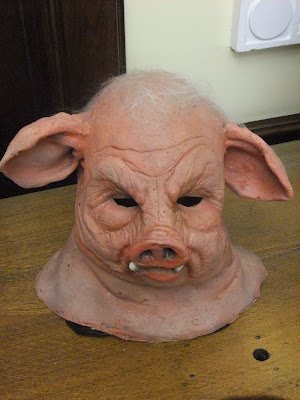 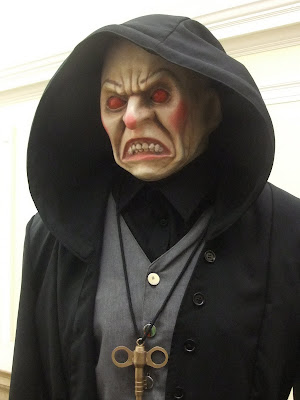 Normally they throw people out of the library when they turn up looking like this, but exceptions are made at times like this. 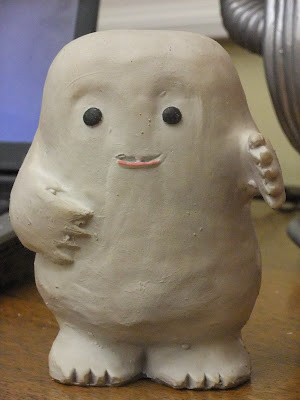 'Bye, bye!'
There's plenty more events to come. Find out more at the Festival website.
Posted by Sean Marsh at 00:00