Cara Dillon at The Duchess 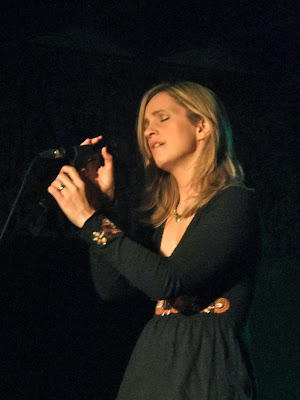 Cara Dillon
The Duchess, York
5.6.2011
I have been in the fortunate position of being able to see Cara Dillon three times over the course of the last 18 months. Each show has been in a different venue. The Duchess proved the most intimate of the three; a small bar set-up with seats assembled within touching distance of the stage, it would have been difficult not to get a good view. It’s an interesting venue with an impressive list of shows. The night before we arrived in York saw Adam Ant in action and a couple of weeks later they presented Chas Hodges (one half of Chas and Dave), so they clearly cater for a large variety of musical tastes.
As Cara and her group took to the stage, there was a moment of levity. Cara had to pause as she approached the microphone and confessed that ‘…sorry, I’ve just been eating a bag of crisps – hang on! They all just ran onto the stage while I was eating them’. 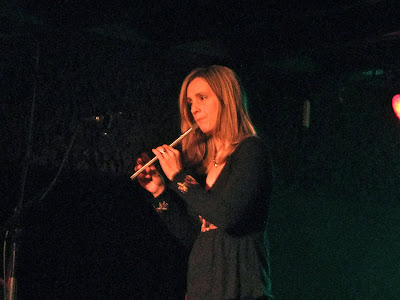 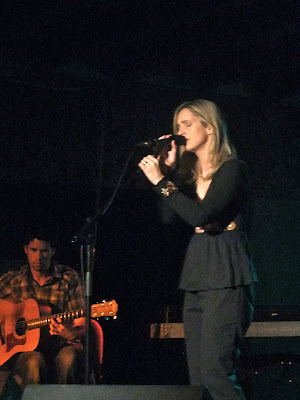 However, it was soon down to the serious business of music with a ‘Johnny, Lovely Johnny’ – a great opening number. This set the early theme of men going astray, with a promise of them getting worse as the evening wore on.
The next song, 'Jimmy Mó Mhíle Stór' continued the theme. It was introduced as featuring a man who ‘…is much worse than Johnny. Johnny just went to Scotland, which wasn’t so bad, but Jimmy went to the other side of the world and promised to return, but never did. So his poor girl ended up going to the woods to recover, because there was no such as The Priory in those days, where you could just check in for rehab and find yourself, so they ended up going to the woods to get a breath of fresh air’. 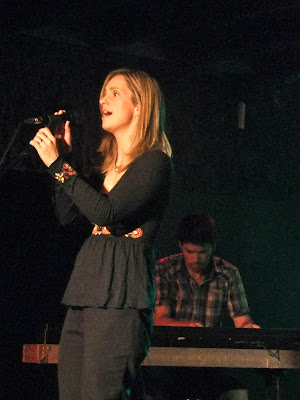 After initially being mesmerised by Cara’s beautiful voice and elfin looks, it was time to take a good look at the group. Sam Lakeman (guitar and keyboard) was there, of course; as Cara’s partner both on and off the stage his role is of huge importance. The four-piece line up was completed by Ed Boyd (guitar) and Emma Sweeney (fiddle).
Not all of the songs brought tales of miscreant males. Cara Dillon is far more than a one trick pony. The entertainment continued with one of my personal favourites, the powerful ‘Black is the Colour’. 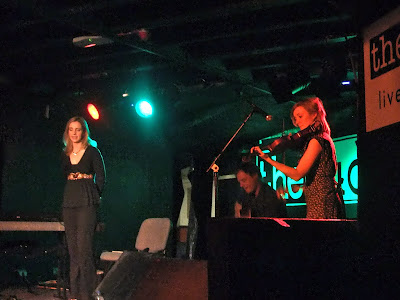 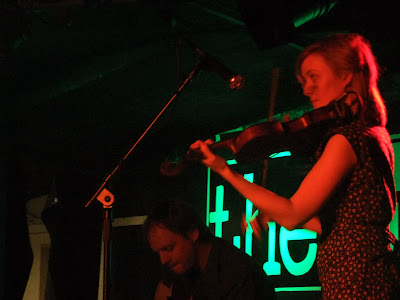 A second running theme for the evening was the banter between the two principal artistes. Whenever Sam had to retune his guitar for the next number, Cara took the opportunity to provide an update on life away from music. There was the news that they’d had a baby girl to go with the twin boys, and how she was ‘…pleased to be moving away from the blue phase and into the pink phase’. 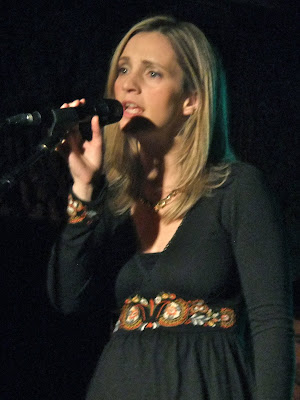 Life on the road brings interesting experiences, even for the very young. ‘The little girl has been having a wonderful time on tour with us. Today, for her Sunday lunch, she was sitting in a curry house in Manchester’. The boys weren’t with them this time because ‘…in March we did a tour and everyone came with us. We’ll never do that again!’ 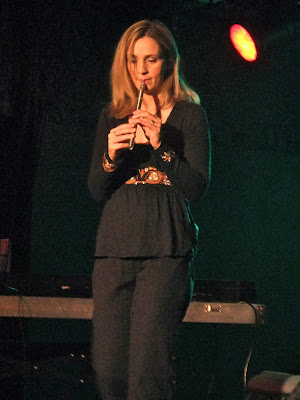 By this time Sam had retuned and we were treated to another set of great songs, including ‘I Wish You Well’ and ‘Garden Valley’. Another retune prompted the first piece of real banter from Cara. ‘I think I know what’s wrong with Sam’s guitar…’ Apparently before they came onto the stage, he had been ‘…dancing in the dressing room with a pair of sunglasses on and he knocked over his guitar and nearly broke it into pieces’.
Continuing the family update, she then told how their house had been badly flooded earlier in the year and how the experience had set her ‘…thinking about what’s really important’ at which point Sam jumped in with ‘…and then you think, thank God we’ve got insurance!’ Maintaining her philosophical stance, Cara said she realised that virtually everything was replaceable but she was still ‘…gutted about her recipe books’. Sam once again interjected – right on cue - with the pointed comment, ‘It has to be said that some of the recipes were better lost’. 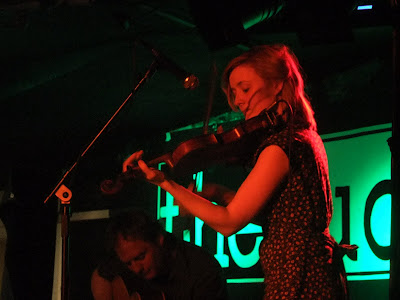 A shirt break for Cara gave Emma Sweeney the opportunity to lead with a couple of tunes of her own. 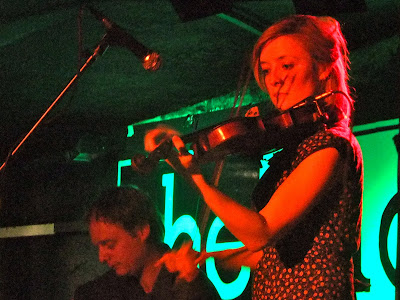 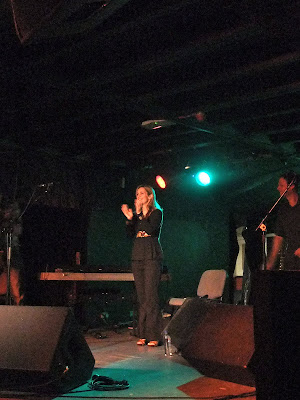 Despite the fact that there hasn’t been a new CD over the last year or so, there was a new addition to the set list. This was ‘Come Fly With Me’, a lullaby from the Tinker Bell movie.
‘Hill of Thieves’ and ‘P Stands For Paddy’ provided a very strong finale to the concert. The latter was another song featuring ‘dodgy men’ which brought the evening full circle 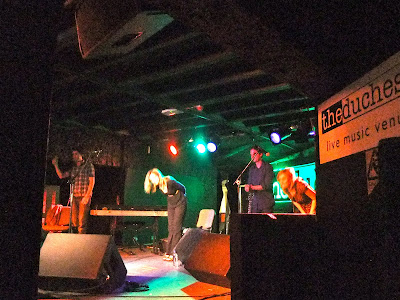 There was just time for an encore, utilising the very appropriate ‘Parting Glass’, concluding with the line ‘Goodnight and joy be with you all’. 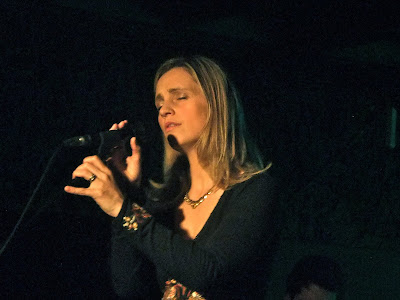 ‘Irish Folk’ is too lazy a description for what was offer. As usual, great music is too hard to pigeon hole (and what’s the point anyway?). I believe that anybody who loves to hear a fantastic voice and enjoys well written songs, performed in exemplary fashion, would thoroughly enjoy such an evening whether ‘Irish Folk’ is their genre of choice or not.
Cara Dillon - please come back soon!
Keep up to date with Cara's news and tour dates on her official website.
Posted by Sean Marsh at 12:37