Roger Waters
The Wall
Manchester M.E.N. Stadium
21.5.2011
Part 1
'The Wall' was released by Pink Floyd in 1979. It's a harsh, controversial album, full of anger and frustration. It's definitely not designed for easy listening. The current tour by Roger Waters (rumoured, in some quarters, to be his last) brought The Wall back in all of its angry glory.
This was the first time I'd seen Roger Waters but I did get to see the other three quarters of Pink Floyd at Earls Court back in 1994 when they toured 'The Division Bell'.
The announcement at the start made it clear that photographs were allowed throughout the show as long as a flash wasn't used. So I put the camera to good use as will hopefully be seen in this first part of my pictorial report. 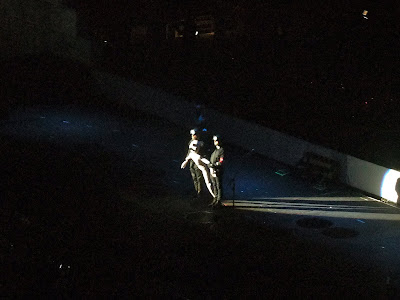 The story concerns a character by the name of Pink, who experiences various tough times and traumas throughout his life. Metaphorically, the building of the wall represents his reaction to these events. Physically, it also leads to the singer and the band being cut off, piece by piece, from the audience.
Following a opening announcement, a series of fireworks and light shows spark off the evening. World War 2 is the inspiration for the initial stages... 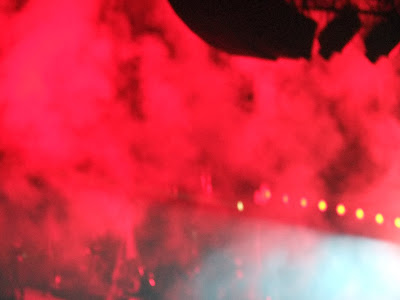 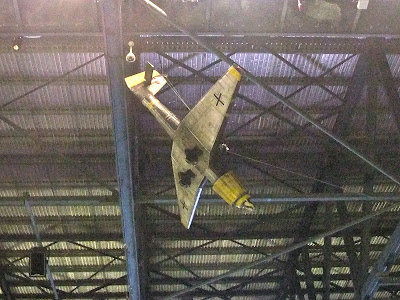 ...complete with dive-bombing Stuka, which plummeted from the ceiling to smash into part of the wall. 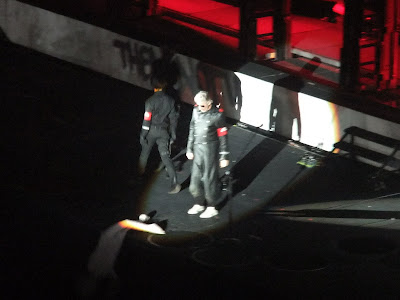 Roger Waters plays Pink, of course. The Wall is autobiographical. 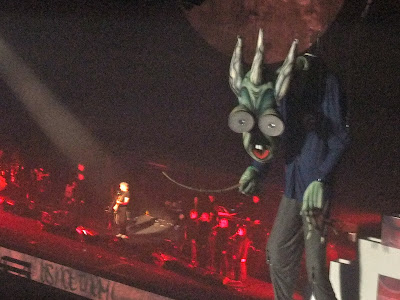 Before too long, the most famous song from album appears, as does an enormous, fearsome teacher, urged verbally to '...leave them kids alone'. 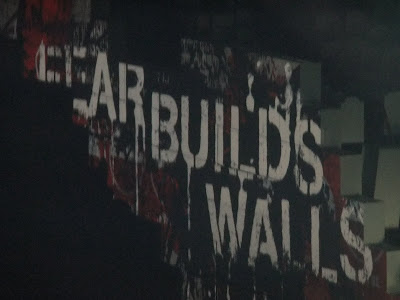 Blatant messages constantly appeared on The Wall as, brick by brick, the structure was being built up before our very eyes. 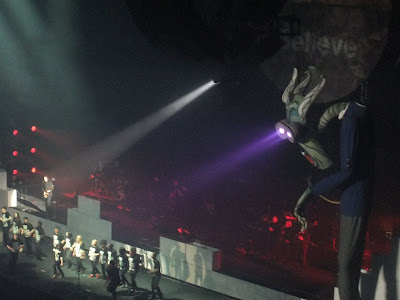 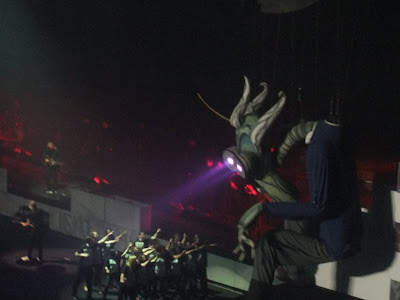 The 'kids' turn on the teacher. 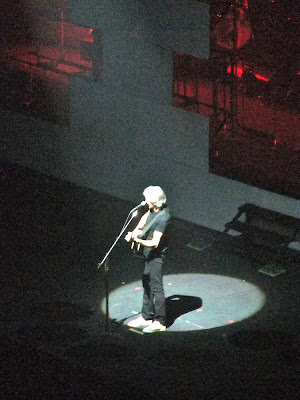 Suddenly, it's back to Pink for a little while, picked out against the expanded structure... 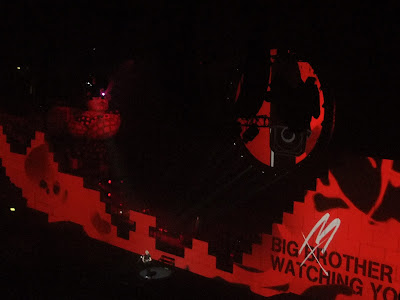 ...while further messages are relayed to the assembled masses. 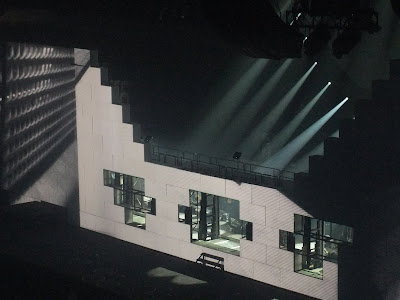 The Wall was being built up at an increasing rate. 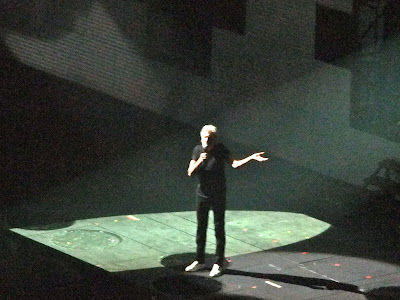 Reflective times for solitary Pink, but not for long, as another monster was about to appear... 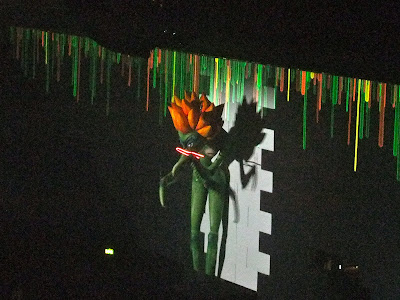 Marital breakdown is a terrible thing. 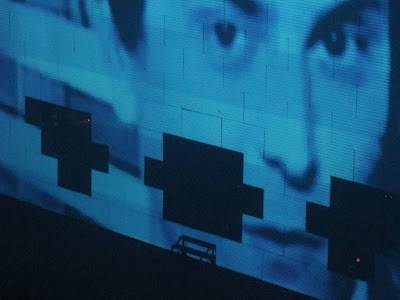 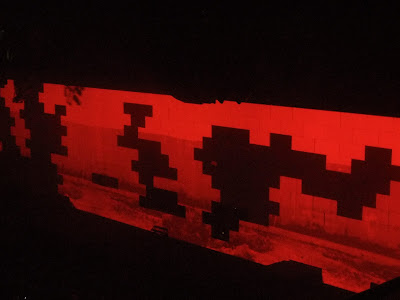 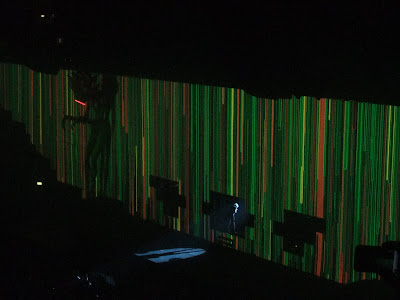 Not much left now. Pink can just be seen in one of the few remaining gaps. 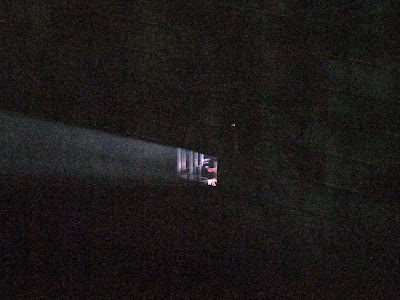 Now one hole remains and soon every brick was in place. The audience and the artistes had been cut off from each other. 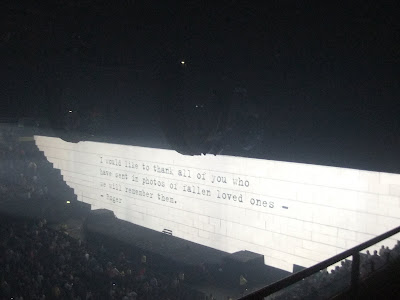 Intermission! With The Wall fully built, there was a short break as the projections displayed a plethora of pictures of people who had passed away (visitors to the Roger Waters website had submitted the pictures in the tun up to the show).
Part 2 will follow soon...
Posted by Sean Marsh at 01:27