Third Middlesbrough Literary Festival 2011
Opening Day
4.6.2011
How the years fly by. It doesn't seem like a year since I was enjoying the Second Middlesbrough Literary Festival (or, indeed, nearly two years since the First Festival).
Last year, the opening day was held in a tent on the grass just outside of the Middlesbrough Library. It was a extremely cold day, especially for June. This year, perhaps respecting the unpredictable weather, the opening event was switched to the magnificent Reference Library.
From 12.00 noon until 4.00 p.m., we were all entertained by a plethora of very talented singer/songwriters with a distinct Folk flavour.
It was an excellent day of entertainment in good company and fine surroundings. I present a small collection of photos from the day. 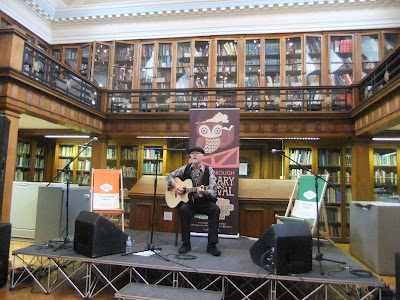 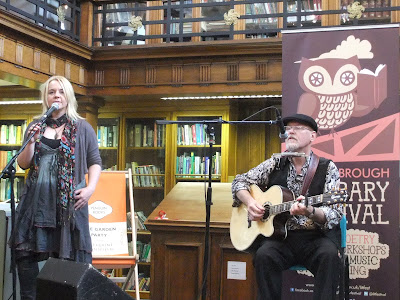 Sara Dennis joined David to provide
harmony vocals for one of his songs. 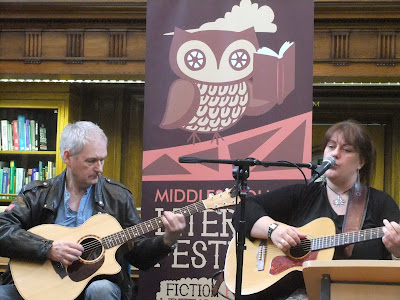 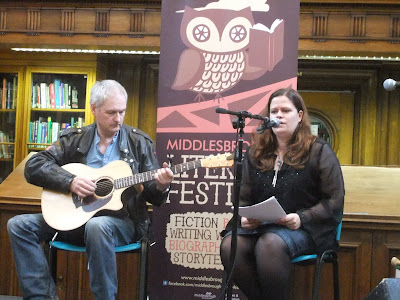 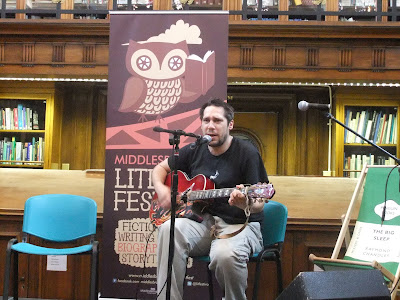 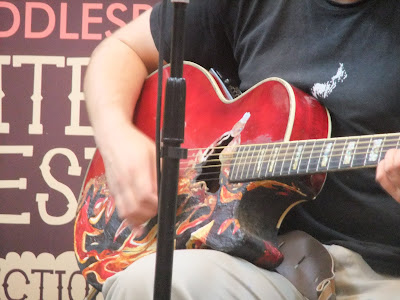 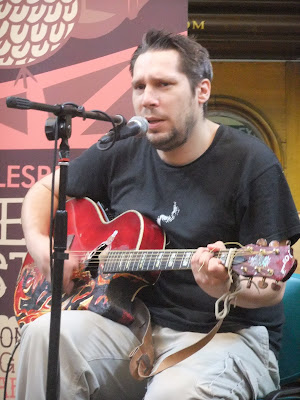 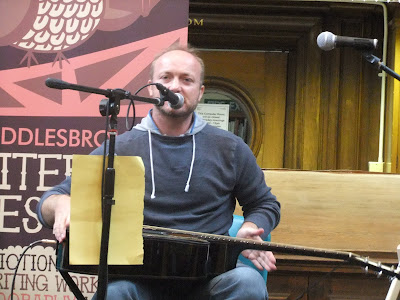 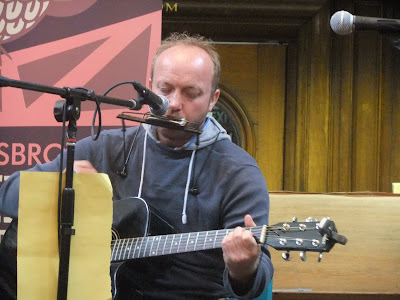 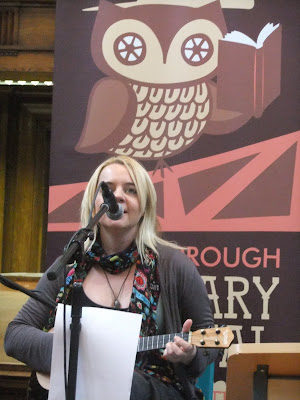 Sara Dennis was multi-tasking, as usual. Having organised the day, introduced the others and found time to sing harmony vocals, it was Sara's turn with her trusty ukulele. 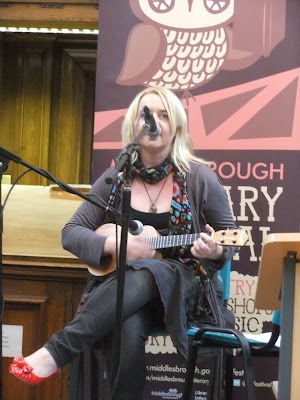 Curiously, two of the earlier acts had presented their own renditions of 'Somewhere Over The Rainbow' and Sara's shoes had turned from black to red at some point. Andy Broderick, Ray Legg and Mimi O'Malley brought the afternoon to its conclusion in fine style. 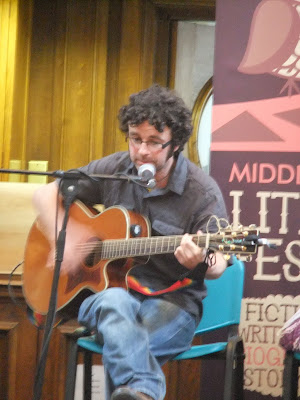 We keep promising to run an interview with Andy here at Marsh Towers. It will happen once we find some mutual spare time.

This was just the start of a whole month's activities, parts of which should appeal to all readers. There are writing workshops, author talks and plenty more music to come.
Please head for the festival website and make sure you get out there and support as much of the Festival as you can.
Incidentally, I caught, by chance, a few minutes of 'Britain's Got Talent' earlier in the week. It was at an advanced stage of the 'competition', so there should have been talent galore.
Unfortunately, the act I saw featured a woman who looked like a fearsome Aunty trying desperately (and unsuccessfully) to command her poor little dog to push a wicker basket from one end of the stage to the other. It's the sort of thing which used to be tucked away on very obscure satellite channels, but here it was, shamelessly served up as prime time entertainment.
'Dumbing down' used to be a concern, not a reality, yet it's happening all around us. A quick visit to WH Smiths over the weekend revealed no fewer than 15 magazines devoted to tattoos. Draw your own conclusions for now.
Yes, Britain has got talent, but you'll have to switch off the TV and get along to real events to see it.
Posted by Sean Marsh at 04:20