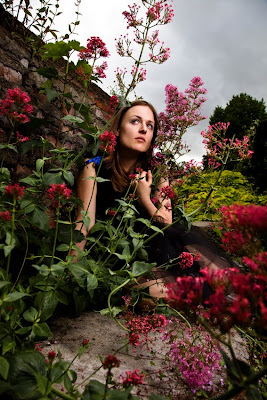 The first part of our exclusive interview with Bridie Jackson focused on her new project, the Banoffee Pie Tour Collective. A full review of the Tour Collective will appear here soon.

Meanwhile, our interview continues with a chat about the background and motivation behind the songs on both 'Live at St. Ann's' and the 'Prolong' E.P.

Now let's talk about your music. We'll start with the four songs on your E.P. and then we'll move on to the tracks recorded live at St. Ann's. A very interesting and beautiful recording.

It came out well.

First of all, 'Prolong'. What can you tell me about that song?

It's about a summer a few years ago when several of my closest friends had horrible break ups in the course of about a month. It was about watching them go through it, I think, and the sort of fragility that comes from something like that. There's nothing much you can really do to feel better about break ups; it's like having a virus - you've got to wait until it works its way through your system. And that's what the song's about really.

Is it partly based on personal experience?

Yes, I think probably all of it is. And I'm quite interested in domestic settings for things and how places can take on an emotion. If you're feeling unhappy and you're in a room, you can almost see the room looking sad, almost see the windows crying. Do you know what I mean?

Yes; it's a very interesting concept.

I often think about that and it's entwined in quite a lot of my songs.

The room can have a sort of race memory of things it's seen, with the past seeping into the present.

When I read your lyrics, another thing which came across strongly is how much like poetry they are. Did you ever consider doing them in poem form, or were they always going to be in song form?

The thing about poetry is, because it’s such a strict medium, your words have to be incredible to pull it off. I think if it's a song, people are a lot more forgiving with every line not being amazing. So I would feel exposed to just stand up and say my words, because I don't think they have enough gravitas on their own; they need music too.

Don't worry - we can always edit things out later!

He was the most visceral person, completely lived in the moment, reacted to things organically, but also had this kind of a disgraced superhero thing going on, which is where that line about the inside out cape comes from.

That's one of the lines that leaped out at me. Are you ever worried that the people you write very personal songs about will find out and react?

No, I think it's fine for them to know. But I think very few people have ever read my lyrics in detail, except for you! A lot of it's quite obscure and you'd have to really examine them to realise what’s in them.

So you don't fear a reaction, in this particular case?

No, not really. If you've been in a relationship and then out of one, you've already said all the worst things you could ever have said anyway. A bit of a grouchy song is the least of their worries!

‘Fading Grace’ is next.

That's about needing to know that your life is being witnessed by others, in order to make it valid.

Is that in relation to your songs, or your whole life?

Just people generally. It's hard to say what value your life has if it hasn't been witnessed and validated by others who love you and who you love. You need someone to see even the most boring bits of your life and still think that you're worthwhile, otherwise there's not a lot of point having done any of it.

Well, I have my moments! 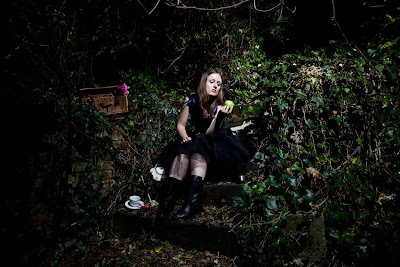 That is about my little brother who died a few years ago. It's probably the most personal song I've ever written. It's kind of a requiem. Requiems deal with death but they also celebrate life and that is very much what I was trying to express; the pain of losing him but also that I was honoured to have known him.

That’s something we're not particularly good at as people, especially in this country…celebrating someones life.

You're right; people are almost embarrassed by it, as if it's disrespectful. I think you're absolutely right.

When you sing a song that is so personal, do you feel especially emotional every single time?

That's the last song on the EP, but we still have more of your work to talk about. ‘Bitter Lullaby’.

That's a song about when you're in a point in a relationship where you just row desperately with each other and you row so long and so hard that you physically have to stop and have a little rest, so you go to sleep, wake up and just start rowing again. I thought it was a unique experience, but since I’ve written that song a lot if people have said, 'Yeah, I've done that…!'

You have drawn a lot from personal experience…

Yes…well, they say write about what you know, don't they?

They certainly do. 'Your Children' is the next song.

That's a bit of a rant set to music, really. The song is basically about the fact that having children can be really hard and it can send you into a bit of a shell. They can take everything you have and give nothing back. I find the disparity of it quite weird.…

The bond between a parent and a child can never be broken and it can override all other things.

I suppose until you've done it, you can't understand that. It's a very fragile and uneasy thing, the parent/child relationship. If you're lucky, you become an adult and you look at your parents and go 'Oh, wow - they're people! That's interesting - I never realised that!' But lots of people never get to that point, they just maintain this compete disrespect for their parents and I find that desperately insulting.

The next one, ‘Promises are Broken', is apparently based on a poem.

Yes, it's based on a poem my Mum wrote. That song is about how the world often betrays children and they're lied to and told stupid things that don't mean anything and just confused by everyone around them. People seem to think there's two worlds; there's a grown-up world and a child-world and never the two shall meet.

'The damage caused by broken dreams/Promised by the fully grown' is quite a telling line. How much of the song is the original poem itself?

I'd say maybe half of it is straight from the poem. The rest is either written by me or sort of adapted to fit the music.

So does your mother approve of this song?

I found all of the songs very interesting, but 'Aliens' really stood out for me. I found it particularly interesting. What can you tell me about the ideas behind it?

What do you think it's about?

Different listenings give different impressions; I think it works on a number of levels. It could be, literally, about people from another world on an easy level, but on a deeper level it could be about any outsider, someone who is not quite mixing with the real world…

Totally right, yes. These are the kind of people you find lurking in libraries just before closing time because they don't have anywhere else to go and people that…the time they get to talk to someone, there's this month's worth of loneliness that just gushes out of them. I think that loneliness becomes an illness and just exacerbates itself.

And next, another very intriguing one - 'The Woman With Milk Teeth'.

Well, it's about an attempted home-wrecker, I would say.

How about 'New Skin'?

Ah - that's a bit of a sore subject. That’s about a recent ex, but it's quite nice in a way because it's the only tender love song I’ve written so I'm quite pleased that I wrote it. I think it was nice to know that I was capable of it as a lot of my songs are quite biting and ranting.

Is she older or younger?

Older. And because she's older, there's always been that element of trying to catch up and I think that's kind of what it's all about. The first verse is about her but the second verse is probably more about my brother. It wasn’t going to be but it just turned that way.

You keep bringing all of the specific lines from your songs that I'd highlighted to ask you about, such as the Superman cape and now the one about the martyr. They are the ambiguous and intriguing lines and you somehow manage to anticipate my questions about them. That takes us to the end of the analysis about your songs. Unless there's anything else you'd like to add?

No, it's just really nice to talk about my songs.

It's nice for me too, to get inside the mind of the artiste.

I think there's a certain embarrassment about all of this, because basically it’s me whinging on and people have to pay to listen. Because of that embarrassment I'm always really careful to only talk about it if people ask. So it's really nice to actually talk what they're all about.

And now we're going to talk about your life. 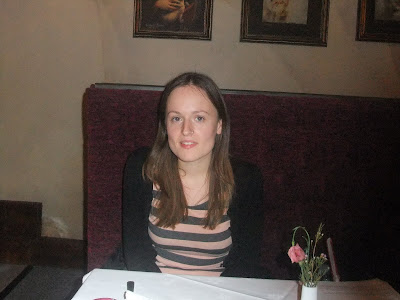 Further details on the 'Prolong' E.P.and 'Live at St. Ann's' can be found here