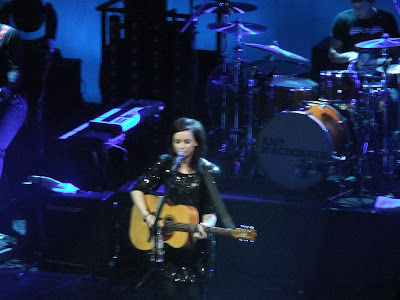 It was good to see Amy Macdonald back in the North East, nearly two years after I last saw her in concert (see here). 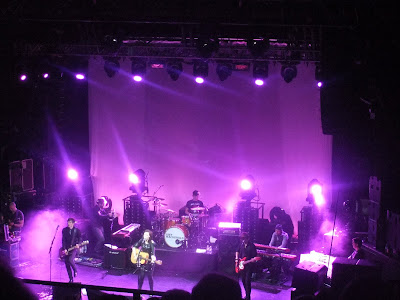 Since then, Amy has released her second CD, 'A Curious Thing', which is definitely a worthy successor to 2007's 'This Is The Life' . 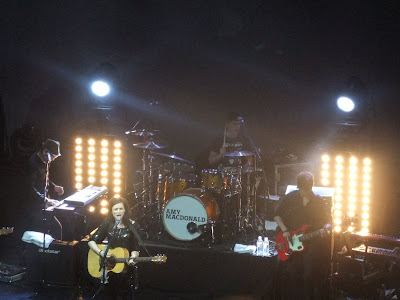 The concert featured up-tempo, high-energy renditions of songs from both of her CDs. Amy and the band were on excellent form throughout. 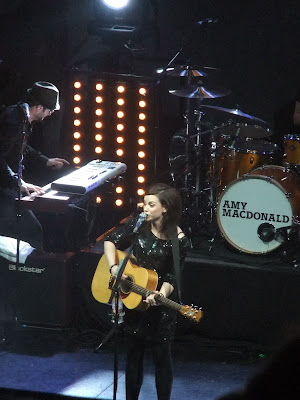 Little anecdotes occasionally punctuated the songs. Amy revealed that the dressing rooms were tiny at the 02 Academy and told us all about some of the zany TV shows she has appeared on.

Later on, there were tales about the boredom endured on long tours (partially remedied by the purchase of the new Fifa game for the tour bus Playstation - the downside of that being that nobody spoke much to each other any more because they were concentrating on the game).

Amy also said that she'd bought some weights to keep in trim, but almost immediately had damaged her knee and back, resulting in her doing even less exercise than she did before. 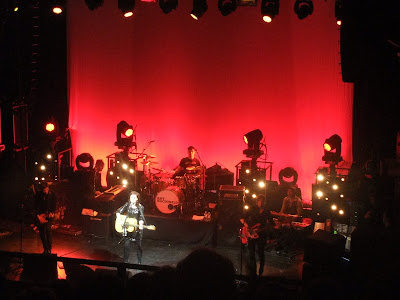 Good use of the lights during 'Spark'. 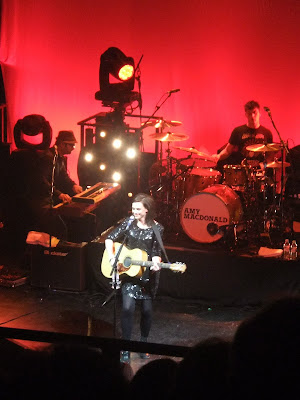 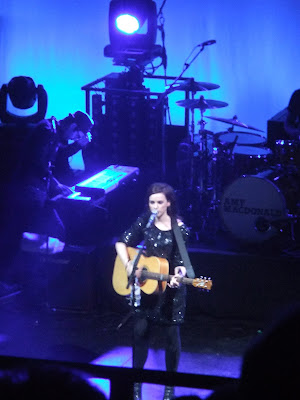 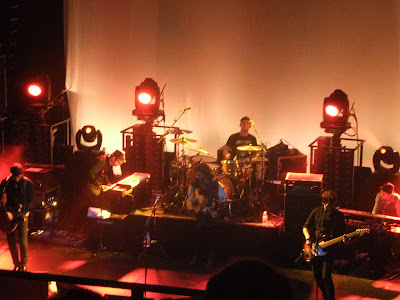 An Ordinary Life
Poison Prince
Love Love
Mr. Rock and Roll
Footballers' Wife
Spark
L.A.
Youth of Today
This Pretty Face
Don't Tell Me
Troubled Soul
Give It All Up
Next Big Thing
No Roots
Run
This Is The Life
What Happiness Means To Me 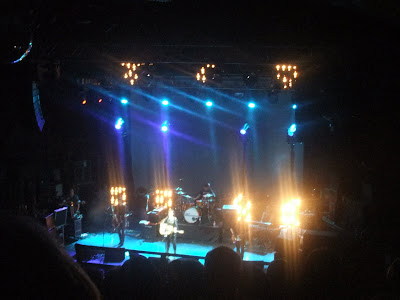 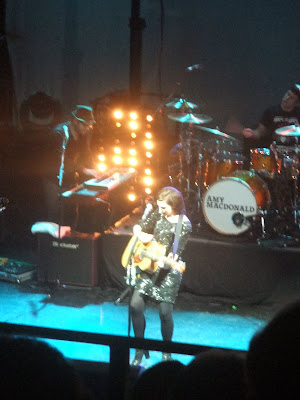 'Footballer's Wife' was introduced in the wake of a whole load of Wayne Rooney headlines and wage hiking. Clearly, the song has lost none of it's point over the last three years. 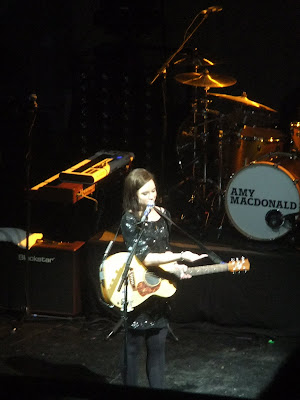 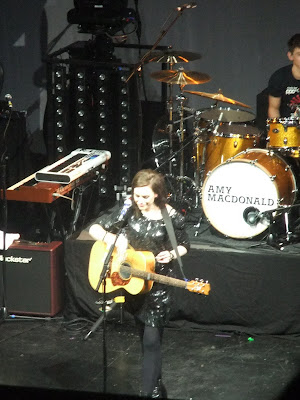 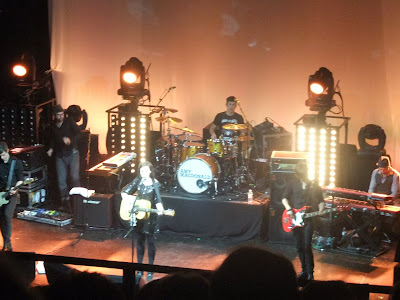 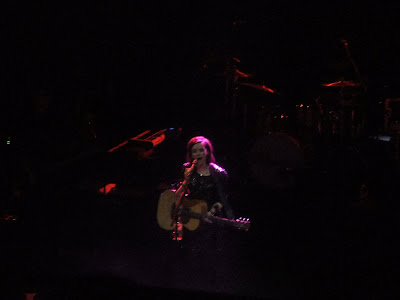 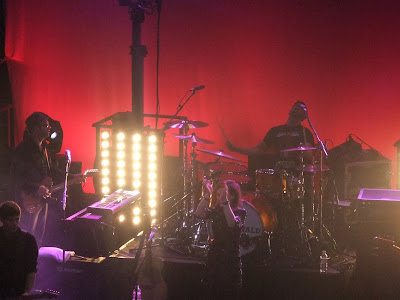 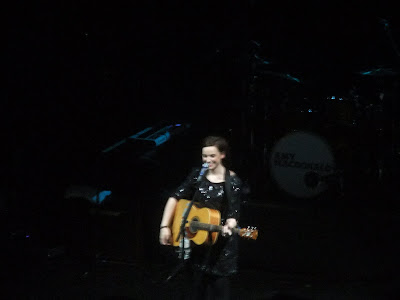 An acoustic, solo version of Bruce Springsteen's 'Born to Run' formed half of the encore. And very good it was too. 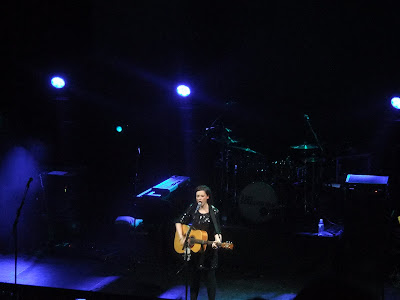 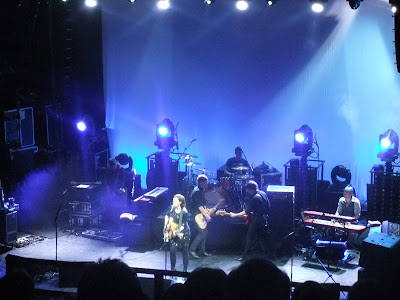 Everyone returned for a heartfelt 'Let's Start a Band'. 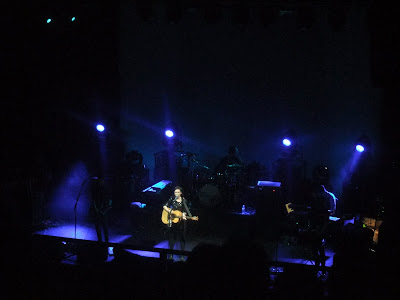 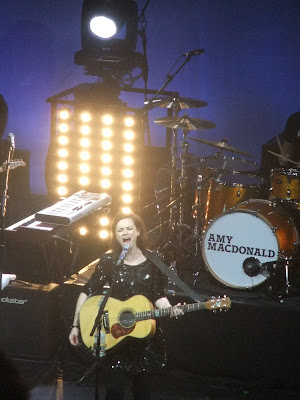 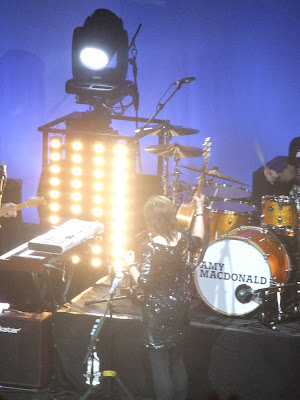 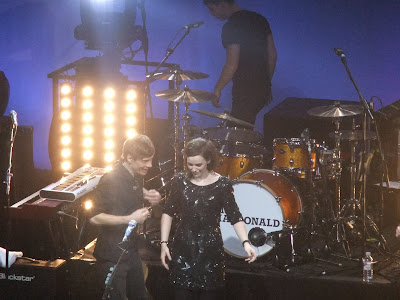 ...and then suddenly it was all over.

There's more on Amy Macdonald - including a link to her official website - here.
Posted by Sean Marsh at 01:37