Stories and Oceans
CD and Book Launch
Middlesbrough Reference Library
18.11.2010
Regular readers may remember our feature on the run-up to this event. The Reference Library made an excellent venue for a combined book and CD launch. Three acts took their turn at centre stage, with regular, civilised breaks for tea and biscuits.
Sara Dennis was launching her debut CD, 'Time and Tide'. Andy Broderick and Ray Legg were there with their new CD and Daniel Pettitt was promoting a new book featuring all of his song lyrics.
Full reviews of all the new material will follow here soon. Meanwhile, here's a photo report of an evening of very fine entertainment. 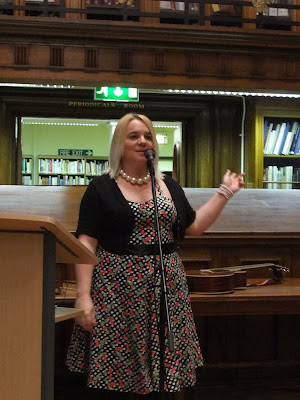 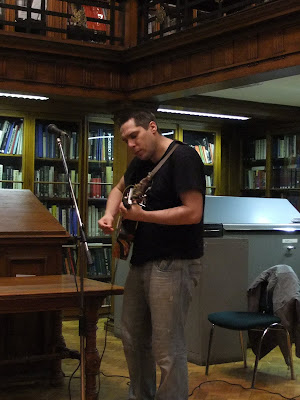 Dan (interviewed here) is an assured and experienced performer. 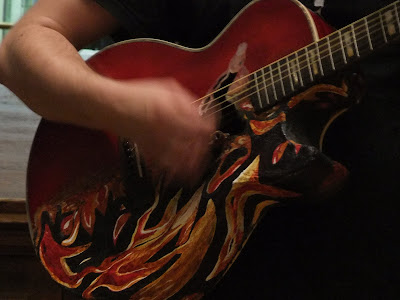 His trademark 'flame' guitar was very much in evidence. 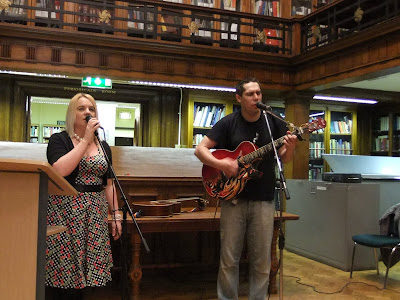 Dan's repertoire for the evening included 'Come Away My Love', 'I Don't Know What To Believe', 'Dancing Gypsy Child', 'Mama Death's Blue-Eyed Boy', and 'Undiscovered Country'. 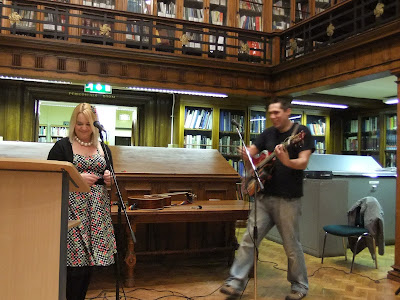 Dan's last song was 'Above the Taj Mahal', one his catchiest of all and a very good finale. 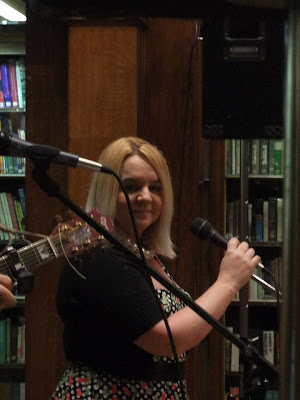 It was all change for the second set, with Dan providing the backing for a showcase of Sara's songs from 'Time and Tide'. 'Life is Hard' kicked off the set in style. 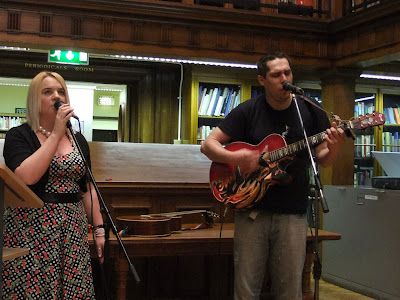 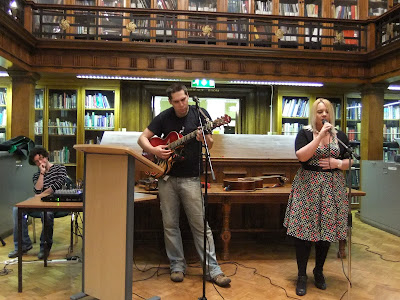 A rare shot of the three performers together. Andy Broderick was appreciating the great sound. 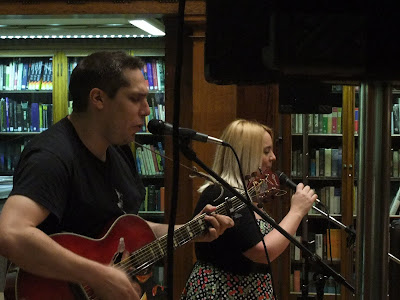 'Emily Said', Sara's own song about Emily Dickinson, was next. It is one of the stand out tracks from 'Time and Tide'. 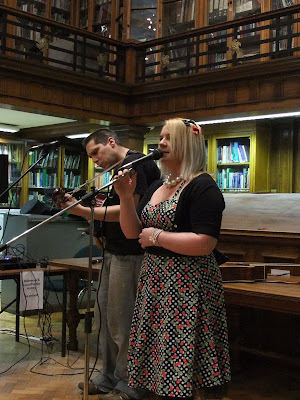 'Weeping Willow' and 'Crazy Man Michael' followed. 'I do like a good murder ballad', confessed Sara, introducing the latter. Another murder ballad - the upbeat 'Pretty Polly' - was next, with it's ghostly, supernatural overtones. 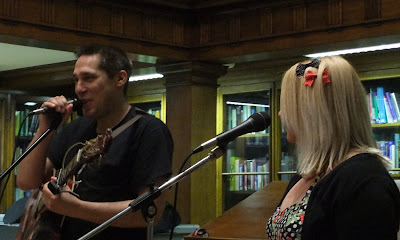 Dan introduced 'Lemuria', one of his own songs, which Sara sings on her CD. Dan jokingly said he was jealous because Sara's version is better than his own. 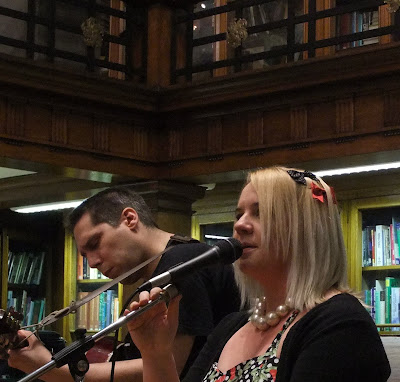 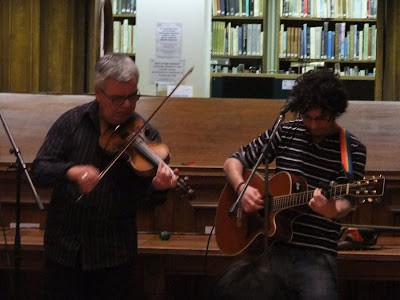 I had to miss the bulk of their performance due to uncooperative bus timetables, but a major feature and Andy, Ray and their work is in the pipeline. 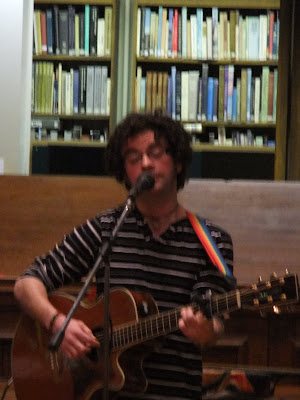 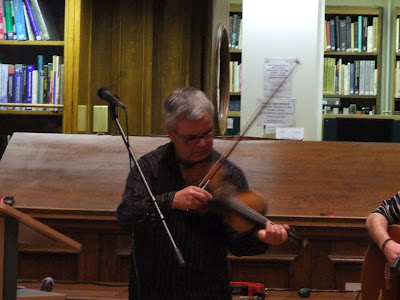 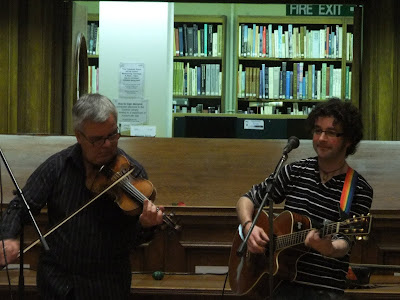 There will be a lot more on each of the featured artistes very soon. 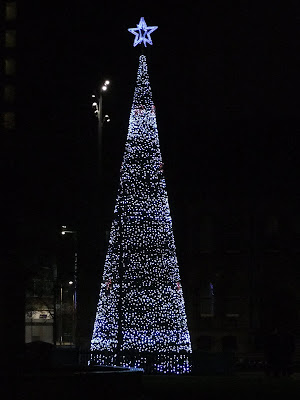 The Christmas Tree just outside the library added to the evening's feel-good factor. It was an uplifting event with an excellent combination of artistes and a promise of a lot more to come.
Posted by Sean Marsh at 02:54