All three of the books featured in this review article are available in both paperback and hardback editions. The latter make a difference to the reading experience; the books stay open easily without risking breaking the spines.

The Grandmaster Repertoire series continues to advocate main line theory, but to condense the theory needed to form a sound repertoire is no easy matter and requires a skillful author.

I was pleased to see two books featuring the English Opening among the latest releases. It's an opening I've used a lot since the 1980s so I felt I was particularly well placed to assess the work of GM Marin. 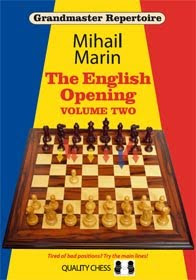 'I have always regarded building up a perfect opening repertoire, suitable for one's style and skills, as no easier task than the Argonauts' search for the Golden Fleece'.

By the end of the introduction, the reader has learned how the Grandmaster settled on 1 c4 as his current favourite, concluding that he has '...found his Golden Fleece'.

Essentially, the three volumes combine to offer a full repertoire for White after 1 c4 2 g3, endeavouring to avoid transpositions to 1 d4 openings.

Volume 2 of this series looks at:

I like the use of diagrams at the start of each part, neatly condensing the key moments of what is to follow. I think this sets the scene well. 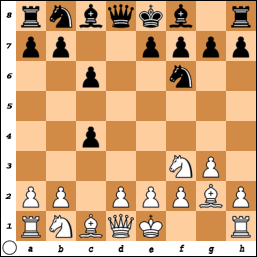 The author draws comparisons with established Catalan lines and eventually concludes that Black is struggling in some variations previously thought to be OK for him. The suggestion is that previous theory has overstated Black's chances. If GM Marin's findings are correct, then White players will be a lot happier with this Anti-Slav variation.

I enjoyed the coverage of the Anti-KID weapon too; The Botvinnik System is dusted off and shown to be a powerful practical choice.

There is also some advice on when to try the 1 Nf3 move order, which will be useful for those wishing to add a little bit more flexibility - and perhaps a little psychology - to their opening choices. 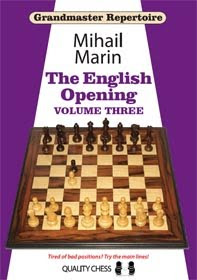 The English Opening
Volume Three
By GM Mihail Marin
275 pages
Quality Chess
Volume 3 is all about 1 c4 c5, which the author prefers to call 'The Double English' rather than 'The Symmetrical English', due to the latter suggesting equality.

There are three main sections:

The Closed System
The Open Lines
The Flexible 3...e6 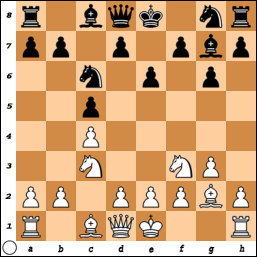 One of the strengths of GM Marin's writing style is the way he has of taking time to explain things properly. He takes nearly three full pages to point out his likes and dislikes regarding various White tries before coming around to his repertoire suggestion of 6 d3 Nge7 7 Bg5.

I have always played the gambit 6 d4 - with good results - but the anlysis given in the book means I will perhaps have to think again.

It is unusual for an author to take the time and space to explain the reasons behind his choices so well.

GM Marin nails his colours to the mast in this volume: 'I retain the feeling that precisely in the so called symmetrical variation White obtains the best chances to reach a position with a risk-free initiative'.


I have a large collection of books on the English Opening; certainly every major work from Watson's classic ,late 1970s/early 1980s tetralogy up to 2010. I don't have volume 1 of GM Marin's trilogy but I can confirm that volumes 2 & 3 are fine books with plenty of new ideas, enhanced by his very readable prose.


These books are so well written that I think those new to The English Opening will find them just as useful as seasoned 1 c4 experts. 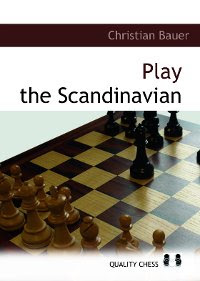 Play the Scandinavian
By GM Christian Bauer
303 pages
Quality Chess
It still seems a little odd to see the Scandinavian Defence enjoying the status of being a serious opening.Yet it is clear that the days of it being treated as a quirky surprise weapon by particularly eccentric players are long gone.

Such has been the growth of theory surrounding 1 e4 d5 that it has become difficult to cover all of the main lines in a single book. 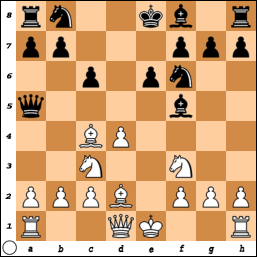 ...the author goes on to analyse earlier deviations over the course of the 14 chapters and concludes with White's oddball second moves, even to the extent of providing coverage of variations such as 1 e4 d5 2 Nf3 dxe4 3 Ng5 Bf5 4 g4.

There is humour here, too. Chapter 8 has an extraordinary name, which GM Bauer delivers in deadpan style. 'Black delays ...Nf6 'This line has acquired the catchy name of the 'Die Konigspringerzuruckhaltungspolitik'.


The aforementioned chess club eccentrics used to played The Scandinavian Defence (or 'Centre Counter', as it was in those days) with a view to bamboozling opponents and knocking them out by tactical means. The modern interpretation contains more subtlety in the positional department.

One recurring idea is the trading of the dark-squared Bishop for a Knight. 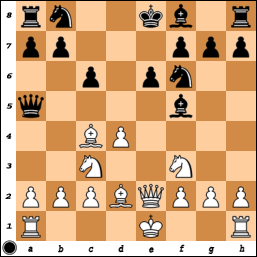 Black plays 8 ...Bb4 when one possible line runs 9 0-0 0-0 10 a3 Bxc3 11 Bxc3 Qc7
'Practice has shown that White will have a hard time making his Bishop pair count for anything in this position. Black's formation is rock-solid, and he can look to develop active play on the light squares'.

It's surprising, but the Bishop on c3 can end up somewhat out of step with the other White pieces.

This book provides a full repertoire for Black against 1 e4. Of course, bringing the Queen out on move two is not to the taste of all players, but there's no arguing with the author's assessment that the Caro-Kann type positions he is after are safe and sound.

It's a rather more variation-heavy work than the volumes on The English Opening and there are times when I'd have preferred a little on the prose side when it comes to explanatory notes. However, those with the time to study properly will find that GM Bauer makes a very good case for taking up 1 e4 d5 - '...the only reputable option which creates an immediate pawn clash in the centre'.

For further details regarding Quality Chess books, please visit their website.
Posted by Sean Marsh at 02:03