'The only way to combat this opening is to choose an aggressive plan and according to Bologan the best such plan starts with 3 Nc3.'

The Introduction tells how Bologan switched to 3 Nc3 against the French with increasingly good results (six wins and three draws at GM level over the last year). On this DVD he offers to show what he believes to be the best lines to play against all of Black's serious options.

To that end, there are:

Eight of the games are from GM Bologan's own practice.

I'm sure most French Defence fans would agree that 3 Nc3 really is the critical test of their favourite opening. It requires detailed knowledge of various main lines - by both sides. Few opening variations are as wild and intriguing as main line Winawers. GM Bologan advocates sailing down the absolute main lines and taking all of the Kingside pawns Black offers, leading to theory-heavy positions such as this one: Shirov - Ganguly
It's impossible to store all of the main lines in one's memory. To help the student, Bologan pays particular attention on which pieces to exchange and which ones to keep, making the point that positional considerations still shine through the craziest of positions.
This is a DVD for serious students. The pronounced accent and fast delivery will lead to many viewers reaching for the rewind facility. Working on the given lines will require hard work, but putting bite into an anti-French repertoire will be a just reward for the invested effort.

This the first ChessBase DVD from German Grandmaster Gustafsson (a former second to van Wely and Leko). He speaks excellent English and his delivery is very good.

There's no beating about the bush here; just as with GM Bologan's DVD, it's straight into the main lines and the initial position of the Marshall Gambit appears quickly. 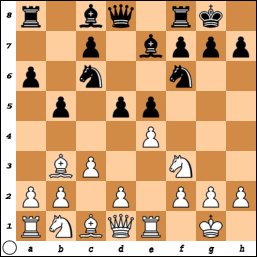 The Marshall Attack is taken very seriously at the highest levels but it does seem to lead to lots of draws. This DVD shows that it is possible for Black to continue to push for the full point.
'Wrongly considered to be mainly a drawing weapon weapon by some, this DVD offers many new ideas for Black, showing how to keep the queens on the board and to play for a win in almost all cases.' 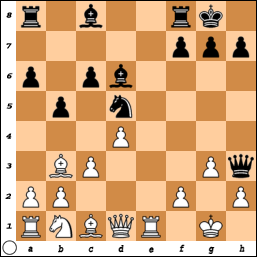 GM Gustaffson is keen to hold nothing back and throughout the DVD he shares the fruit of his own analytical efforts. As he is Marshall Gambit expert, their is a lot on offer for the viewer but he advises that all of the analysis should be independently checked rather than simply accepted without question.

The Anti-Marshalls - 8 h3 8 a4 and 8 d4 in particular - are becoming more popular, as players with White seek to avoid their opponents' preparation. The presenter admits he has had more trouble against Anti-Marshalls than in Marshall Gambit main lines, but still makes a perfectly good case for Black's chances.

All in all, this is a very impressive ChessBase debut and the pick of this month's bunch.

Volume 2 will complete the 1 e4 e5 repertoire and will cover early Spanish deviations as well as everything else White may choose try.

'This can provide many opportunities for throwing the opponent on his own resources as well as wrong footing him into something he does not know'.

24 video lectures are given to investigate the numerous transpositional routes from 1 g3. There's a lot to cover; virtually everything other than a normal Reti or English is given coverage to a greater or lesser extent.

Viewers can expect to learn about the following openings:

Even the top players aren't always immune from being bamboozled. After 1 g3 c5 2 Bg2 Nc6 3 e4, Karpov found himself defending a Closed Sicilian in his 1978 World Championship match, when he must have been expecting c4 rather than e4. A few more moves and it became quite clear what White was up to. 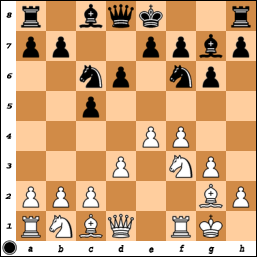 Korchnoi went on to win (the first of his five victories in the 1978 match).

There's some very interesting stuff on this DVD, all presented in the easy, friendly style typical of GM Davies. I enjoyed learning about one of Bent Larsen's 'specials', namely: 1 g3 g6 2 Bg2 Bg7 3 Nc3 This leads to highly unusual positions, such as this one: 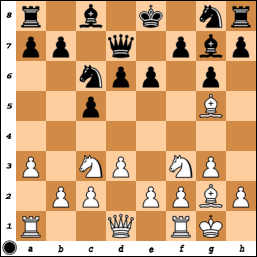 Larsen - Calvo Minguez
A sort of English Opening without c2-c4!

Tal, Stein, Korchnoi, Larsen, Bronstein and Benko (plus many others) all had success with 1 g3. The ideas on this DVD may be unusual, but the theory is light and therefore the viewer should be able to play the new lines without too much study. This is a good supply of surprises for your club player opponents.

'One important factor in his explanations is always how to spot the underlying patterns in practicial play and then bring them into existence.'

GM Kasimdzhanov is of the opinion that the three most important tactical devices are:

This DVD, aimed at club players, hopes to help the viewer develop a better understanding of the tactical ideas in question and how to build up the important skill of pattern recognition on the rod to mastery of the tactical elements.

All examples start with the very basics and work up to more complicated matter.

For instance, back row checkmates are introduced with this simple position: 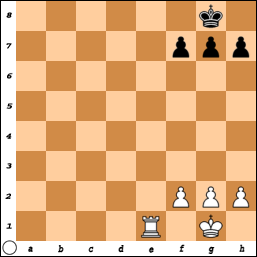 White to play
Naturally, that is simple, but have a go at the next position, which is another example with a weak back rank. 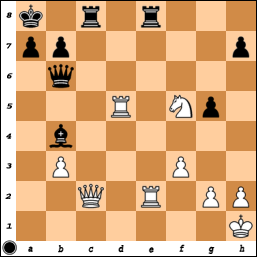 Black to play
As the DVD title makes clear, this is aimed squarely at club players. Coaches will find good material for lessons too.

'Back in the late seventies and eighties it was the Trompowsky Opening (1 d4 Nf6 2 Bg5) which was giving Black a serious headache. Will 1 f4 continue in the same tradition in 2010 and beyond?'

In typically forthright style, IM Martin presents his case to try and prove that Bird's Opening is worthy of a place in an opening repertoire - albeit as an occasional weapon of surprise.

The material is split into the following segments:

The late Bent Larsen is prominent on this DVD, just as he is on 'Bamboozle'. Indeed, there is a little bit of a crossover with some of the given lines too, with White heading for a reversed Leningrad Dutch as part of the recommended repertoire.

I was interested in the unusual method given against Black's From Gambit. 1 f4 e5 2 fxe5 d6 3 Nf3 dxe5 4 e4 - with an unusual sort of King's Gambit Declined, with options of Bb5 and the chance to build a strong centre with c3 and d4.

Everything appears to be fairly easy to play and worth a try at a local level, but I suspect 1 f4, unlike the Trompowsky, will remain an opening with a cult following

ChessBase 11
ChessBase 11, the latest version of the famous chess database manager, is now with us and it features a completely updated interface and various other new bits and pieces.
I am hoping to devote a full column to a review of ChessBase 11 in the near future, so stay tuned.
For further details on all ChessBase products, please visit their website.
Posted by Sean Marsh at 13:52